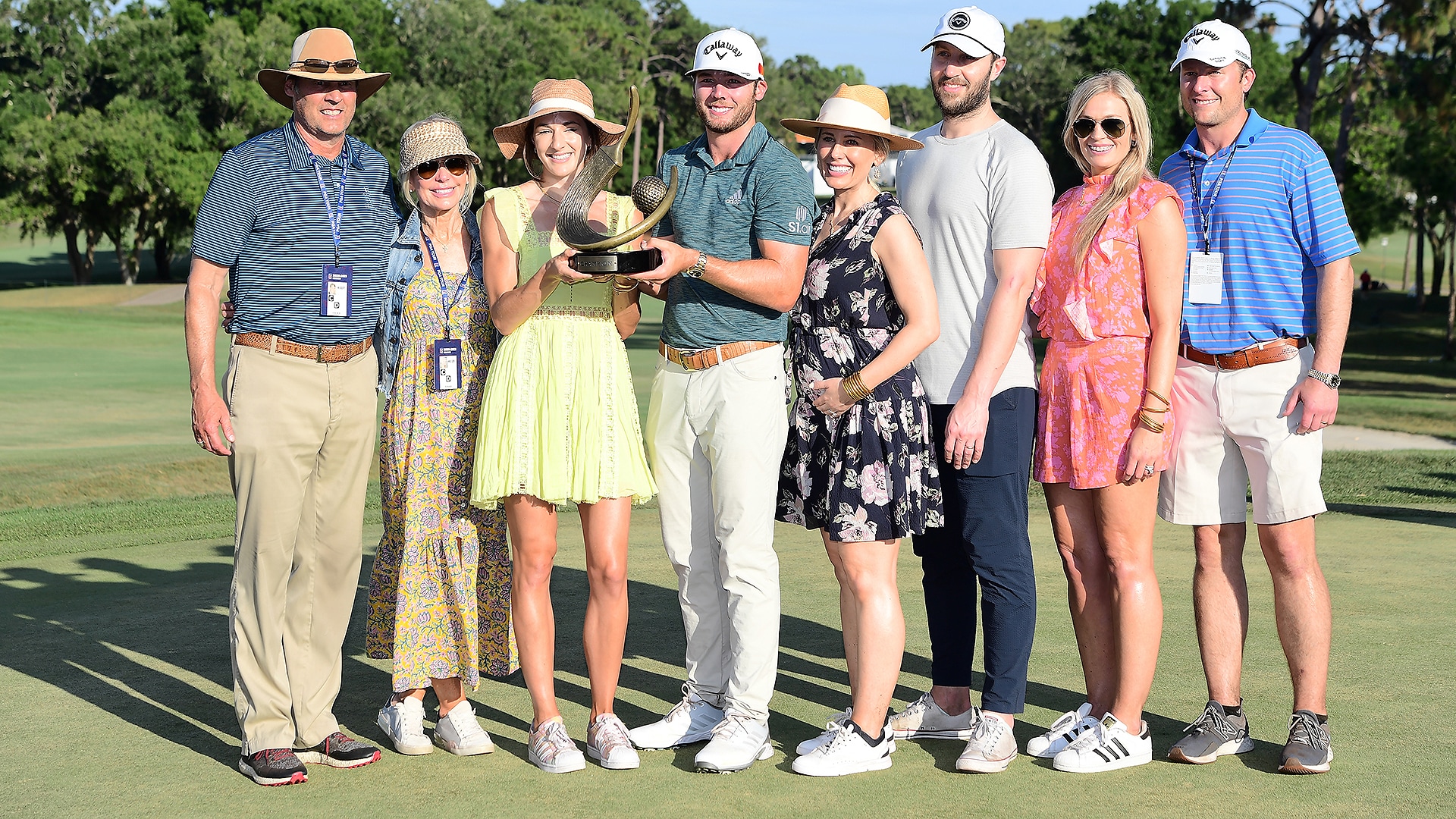 Sam Burns earned his first PGA Tour win in his 76th career start Sunday at the Valspar Championship. Here’s everything you need to know from the final round at the Copperhead course at Innisbrook.

What it means: This was the sixth time in less than a year that Burns had been in the top four on the leaderboard entering the final round – the third time he had at least share of the 54-hole lead. He had collapsed before; he has been surpassed before. Neither would happen this Sunday. With the win, Burns secured the standard spoils: two-year Tour exemption, his first Masters invite for 2022, a spot in the upcoming PGA Championship. He also netted $1,242,000 to become the 38th player this season to earn in excess of $2 million and moved to 14th in the FedExCup standings.

It means even more to Burns because his wife, mother, father and other family members were on hand to celebrate.

How it happened: It was an intriguing battle between a player seeking his first Tour title and another vying for just his second in the last nine years. Burns and Bradley started the final round tied for the lead and it was a two-man match for most of the day. Burns grabbed the lead early, Bradley had it by the turn, and they were back to even by the par-3 13th. That’s where Bradley hit his tee shot into the water, leading to double bogey. Coupled with a Burns birdie at the par-5 14th, and the 24-year-old had a three-shot lead with four to play.

At that point it was a matter of if Burns could avoid beating himself, because Bradley didn’t apply any pressure. After Burns bogeyed the par-3 15th, Bradley missed a 4-footer for par to drop a shot as well. Burns then picked up another stroke with a birdie at No. 16, leaving him with plenty of cushion to make a bogey at the last inconsequential.

Round of the day: Hovland’s 6-under 65 was the low score on Sunday. Seven birdies and one bogey garnered him a tie for third. Burns, meanwhile, shot 3-under 68, with five birdies and two bogeys.

Shot of the day: Burns hit a lot of quality shots in the final round, but the swing that changed the tournament was Bradley’s water ball at 13.

Biggest disappointment: Homa. He began the final round trailing by one and quickly drew even with a birdie at the par-5 first. He wouldn’t make another birdie the rest of the day. Homa, who overcame Burns to win this year’s Genesis Invitational, bogeyed Nos. 3 and 8, and was four off the pace by the turn. He finished with a 3-over 74 and tied for sixth. 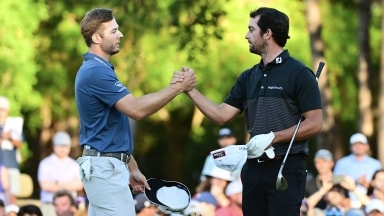 Burns defends at Valspar in playoff against Riley 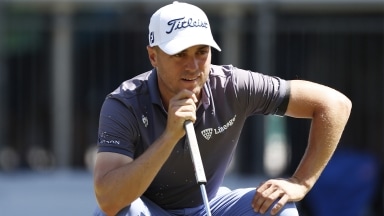 JT had one stroke too many at the Valspar Championship to miss out on a playoff and possibly end his year-long winless drought. 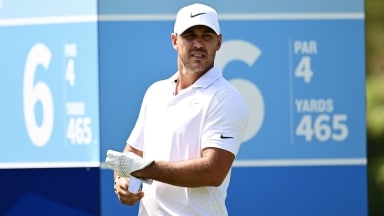 Koepka after 65: 'Worst score I could have shot'

"It's been a trend, not getting the best out of my rounds, just kind of getting the worst out of 'em," Koepka said after a T-12 finish.