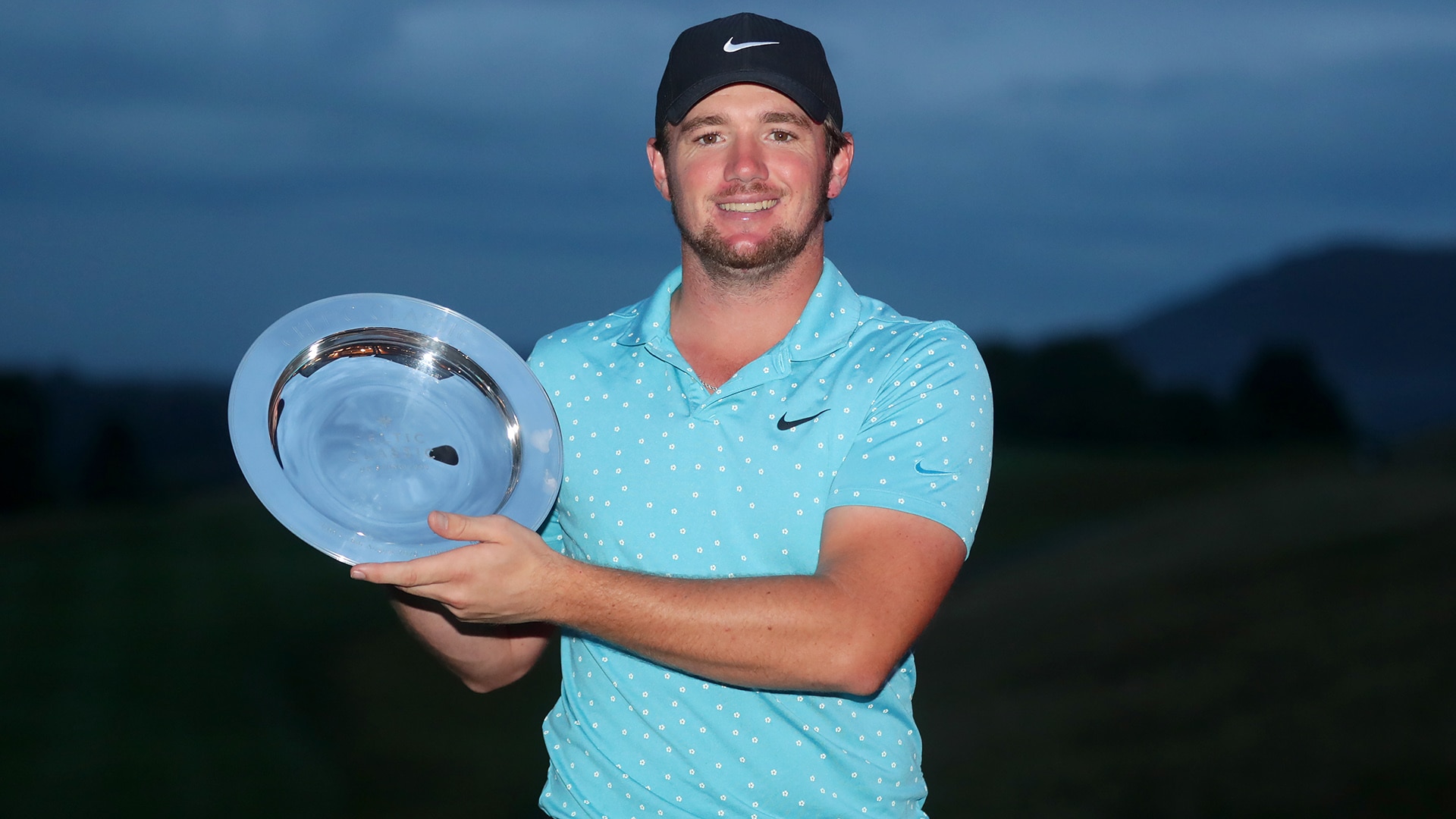 NEWPORT, Wales – Sam Horsfield captured his second title in three weeks on the European Tour by winning the Celtic Classic on Sunday, completing his bogey-free round of 4-under 67 in fading light to finish two strokes clear.

It was an evening finish at Celtic Manor because of a late start to the final round to accommodate TV coverage and as a result of a mid-round stoppage of two hours because of the threat of lightning.

Horsfield, who began the day a stroke behind third-round leader Connor Syme, took the lead he never relinquished by making birdie at No. 3. The 24-year-old Englishman had four birdies in total at the Welsh venue for the 2010 Ryder Cup, which was without spectators because of coronavirus regulations.

Thomas Detry was a shot behind Horsfield in second place at the Hero Open two weeks ago, and the Belgian was runner-up again in Wales after also shooting 67.

Detry was playing two groups ahead of the No. 133-ranked Horsfield and needed his rival to make double bogey at the par-5 last to reach a playoff. Despite teeing off in increasing darkness, Horsfield hit a perfect drive, reached the middle of the green in regulation, and ended up tapping in for par for an overall score of 18 under par.

Horsfield did not have a professional win to his name before the six-week U.K. Swing. Now, he has two victories in three tournaments, with the European Tour returning to Celtic Manor next week for the Wales Open.