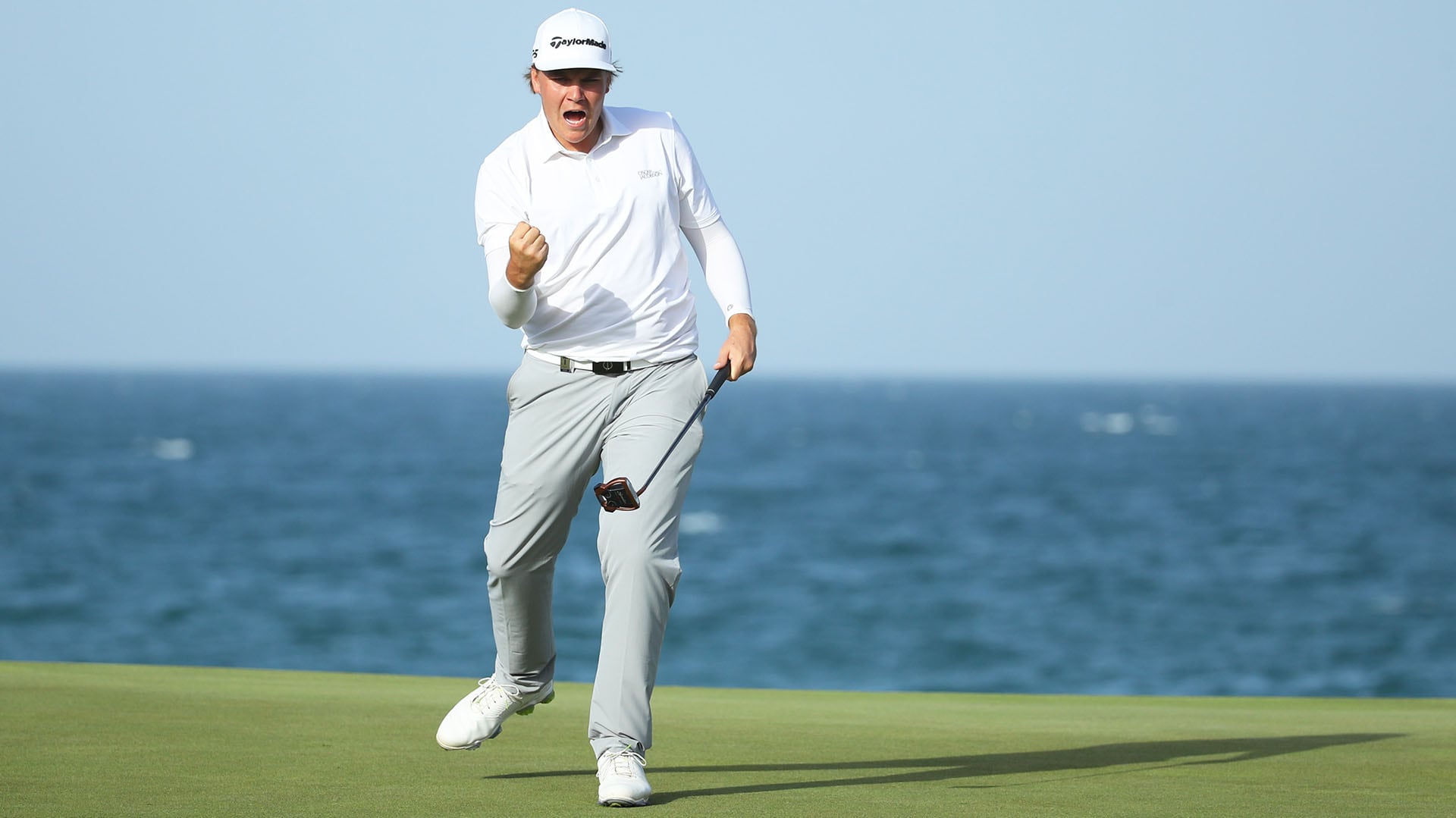 MUSCAT, Oman — Sami Valimaki of Finland overcame difficult conditions to win the Oman Open on Sunday after beating South African Brandon Stone in a playoff in the third edition of the European Tour event.

Valimaki and Stone finished at the top at 13-under 275 after both shot 2-under 70s in the final round played on a gusty day. Both made par on the first two extra holes played on the par-4 18th before Stone faltered with a bogey on their third time around. The Finn held his nerve to make par and claim his first career tour victory.

The final round began with a crowded leaderboard as six players tied for the overnight lead with Joost Luiten among them looking to win his second title at the Al Mouj Golf club. The Dutchman fell out of contention after shooting a 3-over 75 to finish joint tenth with an 8-under 280.

Adrien Saddier (69) of France finished a shot back of the leaders on 12-under 276 in third with Italy's Guido Migliozzi (71) and Finland's Mikko Korhonen (72) rounding out the top five another shot back.