Scoreboard operator jinxes Ian Poulter's once flawless round at PGA 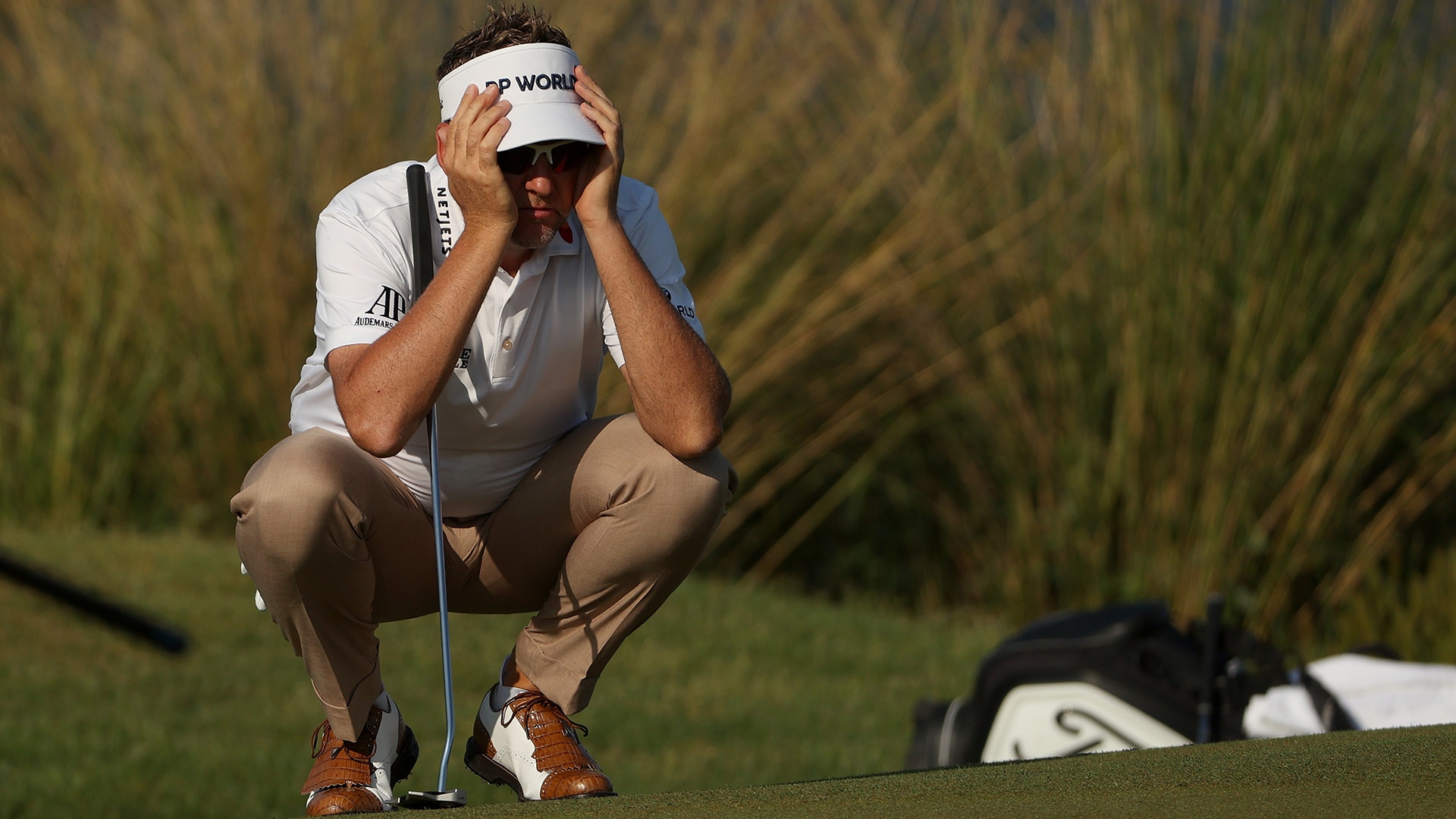 KIAWAH ISLAND, S.C. – As the gusts built across the Ocean Course on Friday, Ian Poulter knew he was on borrowed time.

The Englishman was flawless for 12 holes and had vaulted into a tie for second place thanks to an eagle-3 at the seventh hole and birdies at Nos. 4, 9, 10 and 11.

It was easily the round of the day at the PGA Championship and prompted one scoreboard attendant to get caught up in the moment.

“I got on the 13th tee and there was a scoreboard in the distance, and it was ironic, it says, Ian Poulter, 6 under through 12 and chasing down a course record,” he laughed. “I just started laughing to myself, like who in the world would write that and put that on a board with that last five holes to play?”

On cue, Poulter bogeyed Nos. 13, 14, 16 and 17 for a 2-under 70 that was, despite his poor finish, tied for the best round of the morning wave with even more demanding conditions on tap for the afternoon wave.

Nos. 14 through 18 on the Ocean Course, which have played into a savage wind all week, rank as the second-, fourth-, seventh-, first- and third-hardest holes, respectively, on Day 2 and had accounted for 42 double bogeys or worse at the time of Poulter's finish.

“The last five holes have probably been shortened by 200 plus yards,” he said. “Even with that, moving us forward that far, it's a brutally difficult finish. Straight in, very slightly at times just off the left, and you're aiming at targets which if you pull it very slightly, you're in the dunes, and if you cut it, you're wet or on the beach.”