Piercy races out to early Sony lead on Day 1 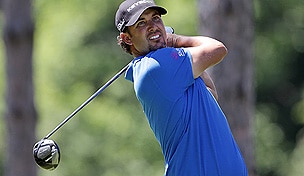 HONOLULU – Scott Piercy made it look like a breeze Thursday in the Sony Open.

Coming off a wild and windy week at Kapalua, Piercy kept bogeys off his card on a day of gentle wind just south of Waikiki Beach for a 6-under 64. That gave him a one-shot lead over Jeff Overton among the early starters at Waialae Country Club.

Tim Herron, who narrowly kept his PGA Tour card last year, rallied with a 30 on the back nine and was among those at 66.

Dustin Johnson was going along fine in his bid to become the first player in 10 years to sweep the Hawaii swing. But the Kapalua winner hit a shot off a tent and onto the road for bogey on his last hole for a 70.