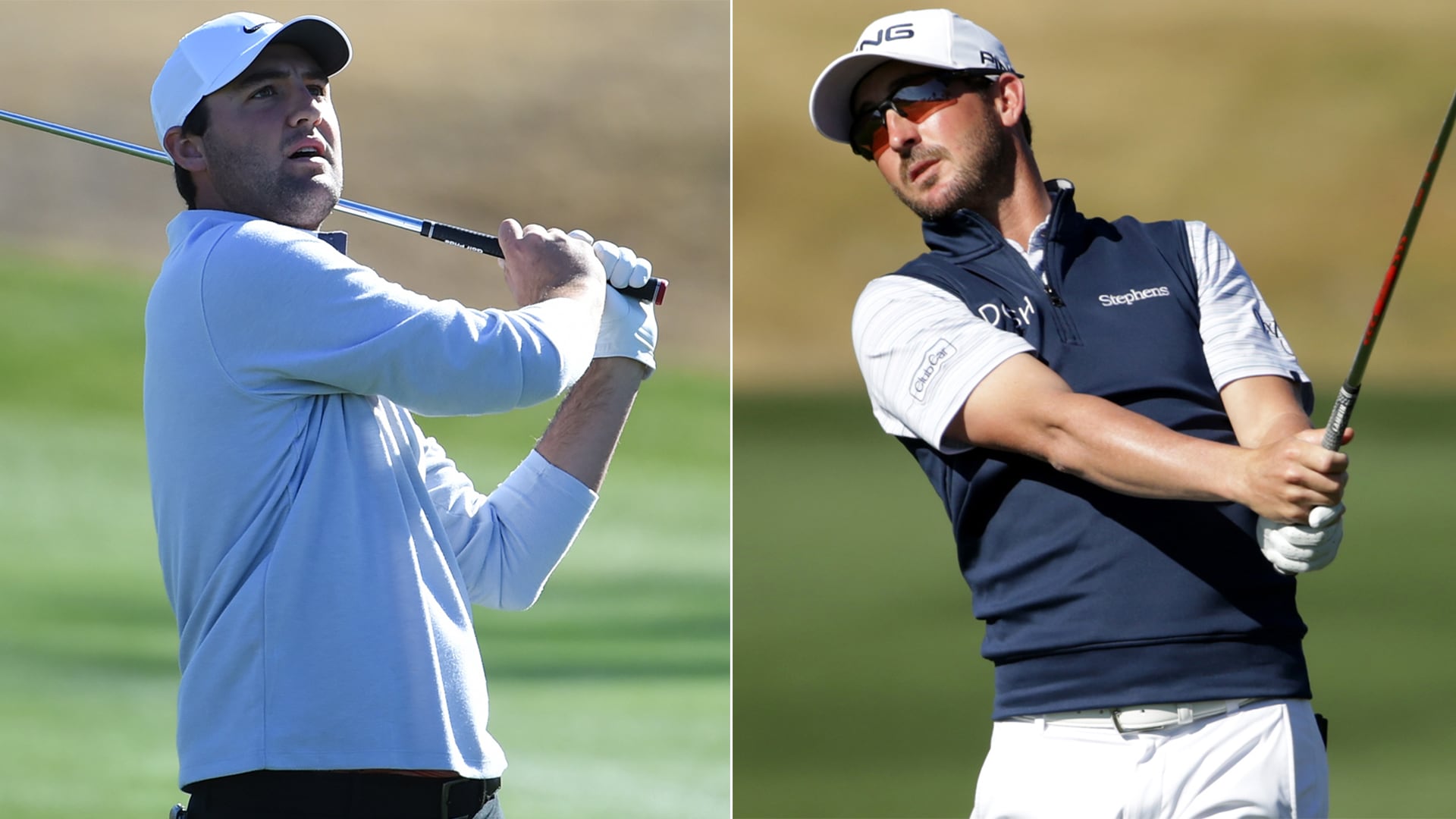 Rookie Scottie Scheffler shares the 54-hole lead with Andrew Landry at The American Express while Rickie Fowler is four shots back in third. Here's where we stand entering the final round in La Quinta, California:

Scheffler, last season's Korn Ferry Tour Player of the Year, won twice in his rookie season on the developmental tour. Now, the 23-year-old is looking for his first career PGA Tour victory.

Already with three top-10s in seven starts this season, Scheffler admits Sunday will be his best chance at grabbing that maiden title. "I've gotten off to some good starts," he said after Saturday's 6-under 66 on PGA West's Stadium Course, "but I haven't been in this position going into the final round."

He'll have to battle Landry, who won the 2018 Valero Texas Open and lost in a playoff here to Jon Rahm two years ago. However, Landry, who fired 65 on Moving Day over on the Nicklaus Tournament Course, entered this week with seven missed cuts in eight starts this season.

Scheffler has played 54 holes of near-flawless golf. His double bogey Friday on the ninth hole of the Nicklaus remains his only score of bogey or worse this week. However, he needed a lucky break off the rocks at the par-4 finishing hole Saturday to notch his second bogey-free round of the event.

Starting the day tied with Fowler for the lead, Scheffler birdied three of his first five holes and added three more birdies on the back, including a near-hole-out for eagle that instead ended up being a 10-inch birdie make at the par-4 15th hole.

Fowler didn't start well, playing his first seven holes in 2 over. He responded with four birdies in his final 10 to give himself a shot entering Sunday.

Landry shot 6-under 30 on the back nine (his first nine), and had it not been for a bogey at the scenic par-3 17th, Landry would be leading outright.

It wasn't the best shot of the day, but it was the luckiest. Scheffler's double on the rocks:

One of Landry's fellow Arkansas Razorbacks, Sebastian Cappelen, was among several players to shoot 8 under on Moving Day, though Cappelen's third round at La Quinta Country Club vaulted him into a tie for sixth at 15 under.

Other players who shot 8-under 64: Harris English, Talor Gooch and Vaughn Taylor at LQCC (Taylor's 64 got him into Sunday by a shot); Max Homa at Nicklaus; and Chesson Hadley at Stadium.

Moore birdied three of his final six holes to shoot 67 at Stadium and move into a tie for fourth with Florida State alum Seiffert, who also carded 67, though at Nicklaus. Moore is looking for his second top-10 of the season while the rookie Seiffert is trying for the second top-10 finish of his now-15-start PGA Tour career.

The tournament host is heading home. In his first start of the new year, Phil Mickelson failed to break 70 for the third straight day, shooting 1-under 71 on the Stadium, and missed the cut by six shots at 3 under. "I feel like I'm ready to go on a tear," Mickelson said at the beginning of the week. Maybe that tear will begin in two weeks in Saudi Arabia.