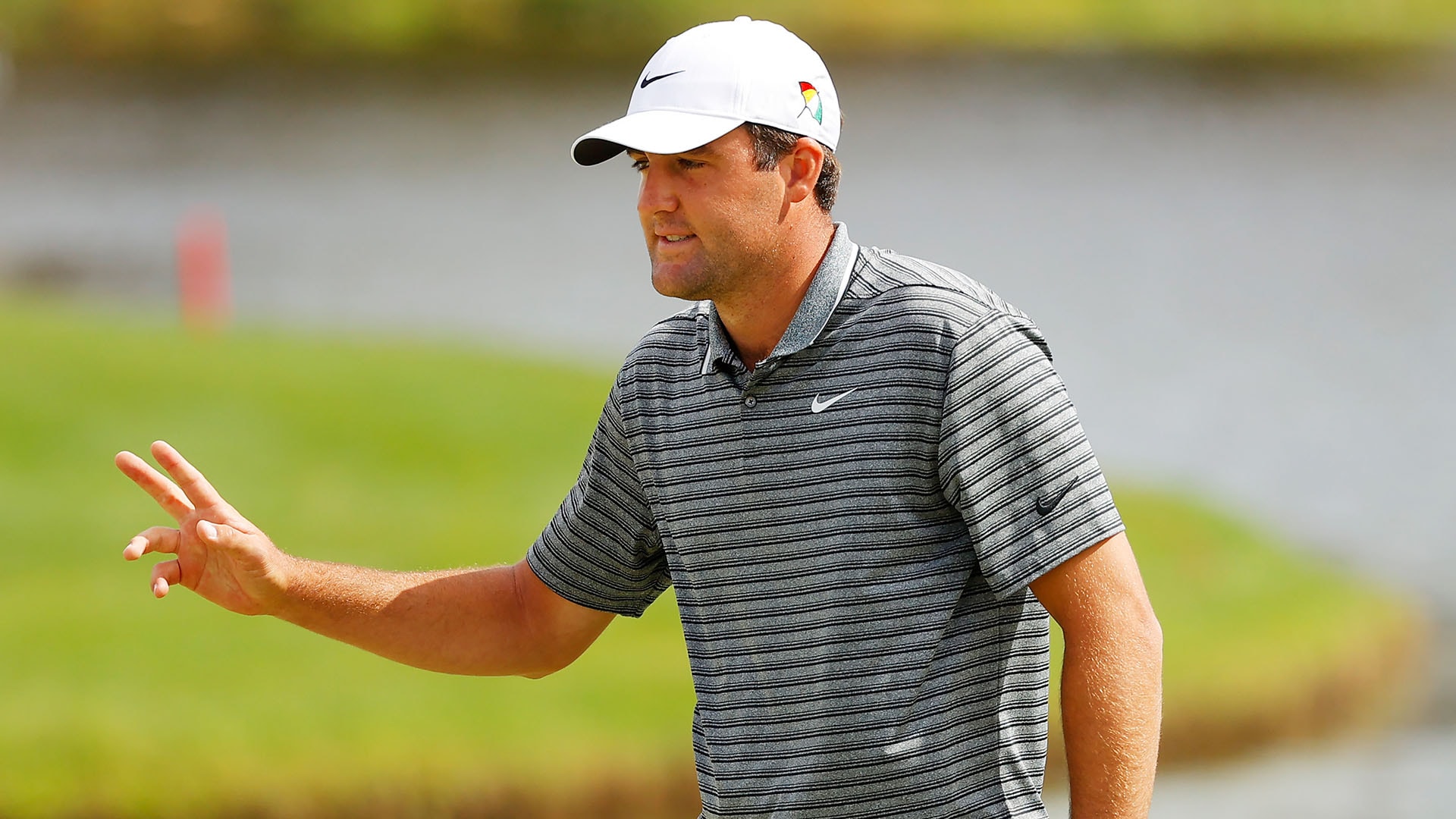 Scottie Scheffler is one round away from going back-to-back at Maridoe Golf Club.

Scheffler won the inaugural Maridoe Samaritan Fund Invitational last month, donating his $9,000 winner's check to the caddie fund at the club in Carrollton, Texas. He's once again the man to beat heading into the final round of the second installment of the fundraising event, having closed with birdies on two of his final three holes to cap a 4-under 68. That score took him to 9 under through two rounds, one shot clear of two players including Stephan Jaeger, who set the course's tournament record with a bogey-free 64.

Jaeger knows a thing or two about going low, having fired the first 58 in Korn Ferry Tour history in 2016. He's spent the past few years bouncing between the Korn Ferry and PGA Tour, and Wednesday carded eight birdies including four in a row on Nos. 9-12. Joining him at 8 under is Texas sophomore Parker Coody, who birdied each of his last three holes to close out a 6-under 66 that was the closest anyone got to Jaegar's record-setting round.

But the 23-year-old leader doesn't seem likely to slow down anytime soon. Ranked No. 45 in the world, Scheffler was the lone Tour rookie to qualify for this year's WGC-Mexico Championship and will make his maiden Masters start in November. He won the first event with a 9-under total, but he's already reached that mark this time around with one round to go. A member at Maridoe, Scheffler has made just two bogeys through 36 holes.

First round co-leader Brandon Wu sits alone in fourth place at 7 under, while Sanderson Farms Championship winner Sebastian Munoz is one shot further back in fifth. Other notable scores among the 82-man field include Will Zalatoris, who tied for second behind Scheffler last month and is now alone in sixth at 5 under. PGA Tour veterans Greg Chalmers (T-7) and Abraham Ancer (T-11) were both under par Wednesday, while Ryan Palmer faded to a 2-over 74 to drop from a share of the lead into a tie for 11th alongside Ancer at 2 under. A runner-up at Maridoe last month, recent Tour winner Viktor Hovland is T-23 at Even after a second-round 73.

Jordan Spieth, who played as an unofficial marker during the first installment of the Maridoe event, is expected to reprise that role for Thursday's final round.