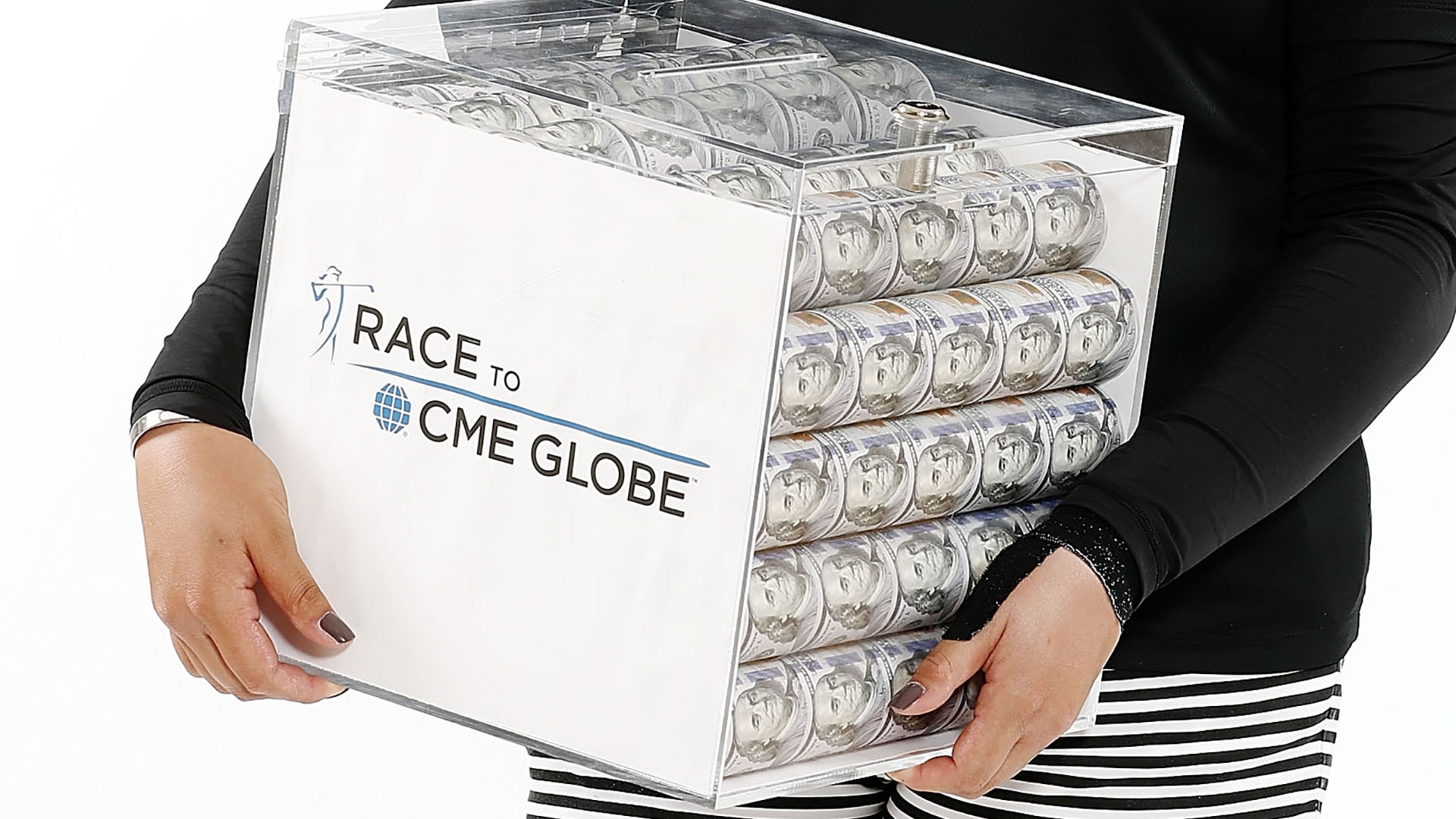 NAPLES, Fla. – The CME Group Tour Championship will feel as if it is being played out on multiple stages at Tiburon Golf Club this week.

There are a lot more coveted prizes to be claimed here than just that glass cube full of $1 million in the last leg of the season-long Race to the CME Globe.

The Rolex world No. 1 ranking, the Rolex Player of the Year Award, the Vare Trophy for low scoring average and the LPGA money-winning title all hang in the balance.

The battles for big prizes are so tight, they threaten to make Sunday’s finish more pressure-packed than a major championship.

There is arguably more history to be made this week than in any single major, with multiple honors in the offering.

A breakdown of what’s at stake:

Feng took the top spot this week after winning the Blue Bay LPGA in China, her second consecutive victory and third of the season. The scenarios that could lead to another change this week will be head spinning.

Four players are still in the hunt for this point-based award.

Ryu leads with 162 points. Feng is just three points back, Ryu only five behind and Lexi Thompson 15 behind. A victory is worth 30 points this week, second worth 12, third worth nine, with points awarded down to a single point for 10th place.

Hall of Famer Beth Daniel coveted the Vare Trophy for low scoring average more than the Player of the Year Award, because she believed it was the best measurement of consistent excellence through a season.

Daniel, by the way, won three Player of the Year awards and three Vare Trophies.

Thompson leads the tour in scoring, 0.112 average strokes ahead of Park with In Gee Chun also still in the running.

The LPGA estimates Park needs to finish about nine or 10 shots ahead of Thompson to claim the Vare Trophy.

Park leads in money won this season, but with the first-place tournament check of $500,000 this week, Park hasn’t locked up the title yet.

Ryu can claim the title, but she has to win to do so, and then hope Park doesn’t finish solo second.

Race to the CME Globe

Lexi Thompson leads the points re-set, but the season-long race for the $1 million jackpot is set up so that any one of the top 12 in Naples has a chance at the top money prize. The top five are guaranteed to win the top payout if they win the CME Group Tour Championship.

Thompson is trying to become the first American to win the jackpot since the CME Race was instituted four years ago.