Second is the best: Sucher resurrects career with 'life-changing' T-2 at Travelers 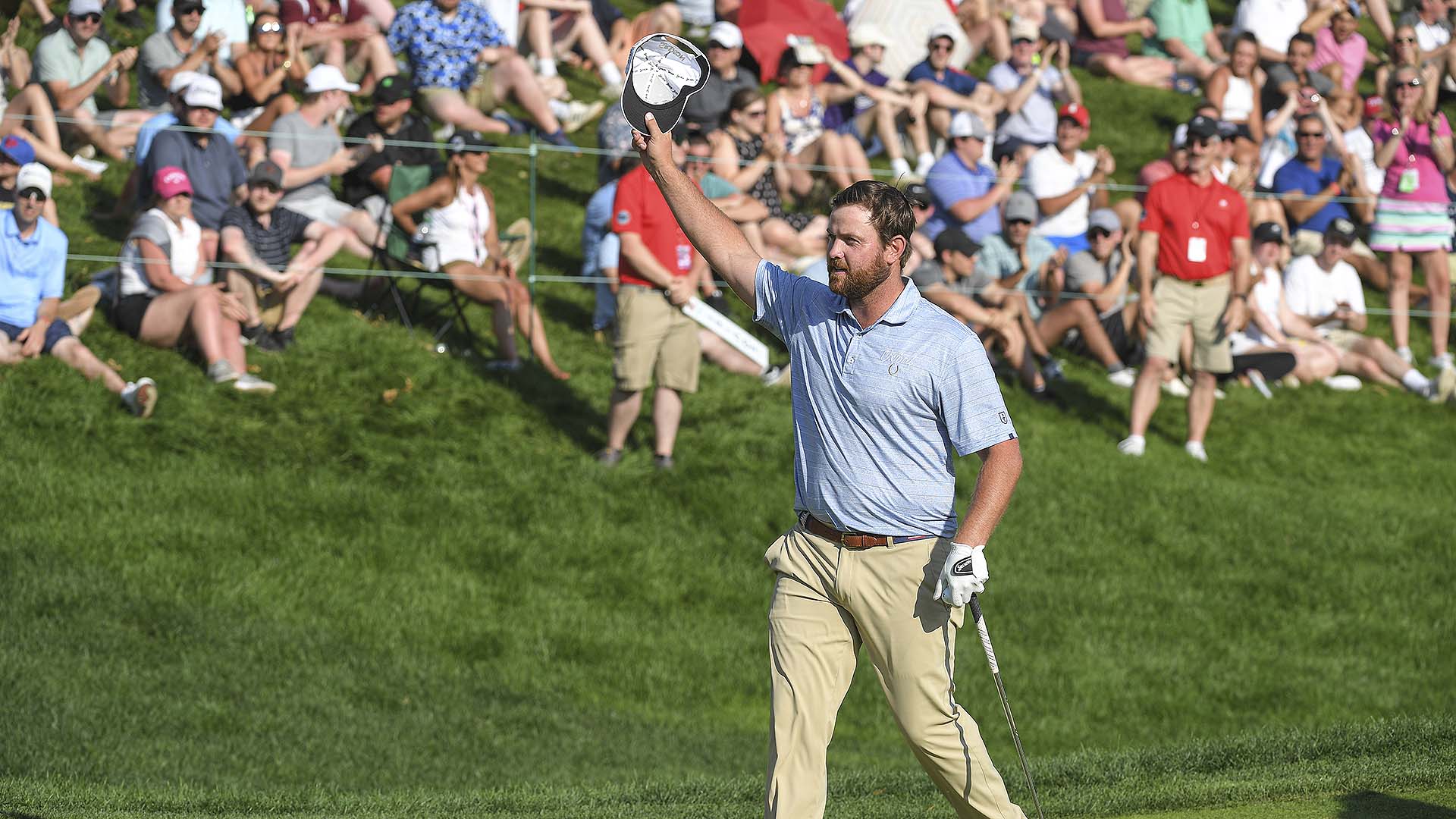 The happy-go-lucky guy who gushed all week about how excited he was to be contending in a PGA Tour event was suddenly speechless.

Trying to answer questions behind the clubhouse at TPC River Highlands, he used his finger to dab a spot under his left eye.

“It's life changing, to be honest,” he said.

With birdies on four of his last six holes, a chip-in to save his par at the 18th and a 3-under 67, Sucher recorded his best ever finish on the PGA Tour, a tie for second at the Travelers Championship, and his biggest payday.

Considering the amount of money PGA Tour pros play for – and the fact that they play golf for a living – casual observers don’t often associate Tour life and hard times. The assumption is that these guys are insulated from some of the real-life concerns of society at large. That’s because a lot of them are.

But not all of them. And not Sucher.

Playing his second season on the PGA Tour in 2017, he missed 11 of 14 cuts as he fought through ankle issues that had gotten so bad they were compromising his knee. It was after this very tournament, the Travelers, that year that he opted for surgery and a medical extension.

He wouldn’t be cleared to swing a golf club for 13 months. And for a total of 210 days, until a PGA Tour disability policy kicked in, he and his family were without his income. It was when he discussed that period in his life that he started lose his typically effortless ability to talk.

“We had seven months with no income at all coming in two years ago,” he said. “During that, we had to take out some credit cards.”

When it was time for a return to golf, Sucher was armed with six starts to make up 347 FedExCup points – no easy task for even a healthy, competitively sharp pro. And then there was the matter of the early-season Korn Ferry Tour schedule, when Sucher played events in Colombia and Panama. You can make a lot of money on Tour, and you can spend a lot, too. Players are responsible for their own travel and food and lodging, plus whatever arrangements they’ve worked out with their caddies.

Sucher hadn’t earned a check on Tour in over a year, but he had to go play. In a tweet Sunday night, he thanked his wife for sticking by his side and allowing him to "risk our house by taking out loans and maxing out credit cards to afford my travel expenses."

“We decided to bet on ourselves,” he told GolfChannel.com earlier in the day.

It was only three weeks ago that he achieved some much-needed job security. A runner-up finish at the Rex Hospital Open locked up his Korn Ferry Tour card for next year. So he set his sights on a bigger prize: reclaiming his PGA Tour status.

Considering all he’s gone through this week, it’s easy to forget Sucher wasn’t guaranteed a spot in the field. Last Friday, as he was missing a cut on the Korn Ferry, he was steadily advancing his way up the Travelers alternate list. He was double committed to this event and a KF stop in Wichita, Kansas. When he did crack the field and arrive outside Hartford, he had just three starts left on his extension and still needed to make up 322 FedExCup points.

Taking advantage of the opportunity, he built himself a two-shot lead through 36 holes and pushed his advantage to a whopping five shots when he played the front nine in 4 under Saturday. Then disaster struck. He stumbled through Nos. 10-12 in 5 over par with a bogey and two doubles. In nine holes, he went from five in front to six back.

Fighting for dollars, FedExCup points, and Tour status, Sucher fired a back-nine 30 in the final round, staying tied for second with a hole-out for par on 18. The chip-in alone was worth $216,000, the difference between a two-way tie for second and a two-way tie for third.

A chip-in on the 72nd hole gave @ZackSucherPGA a T2 finish @TravelersChamp.

“Oh, man, that was pretty cool,” he said. “I mean, the first [pitch] was awful, but that's way better than a regular up-and-down.”

In addition to nearly doubling his career earnings, Sucher picked up 245 FedExCup points Sunday. That puts him 126th in the season-long points race and inside Nos. 126-150 re-shuffle on the priority ranking, which will give him an avenue to make additional starts after his medical extension is exhausted. Sucher said earlier this week that he’ll use his last two starts at the Rocket Mortgage Classic and the John Deere Classic. He’ll need 77 more points to satisfy the extension.

But this week has already changed his season and, as he said, his life.

“To be honest, I'm not sure what all this does for points-wise, for next year,” Sucher said. “I don't even know how that works.

“I know that like two months ago we had credit card debt. So I know we don't have that anymore.” 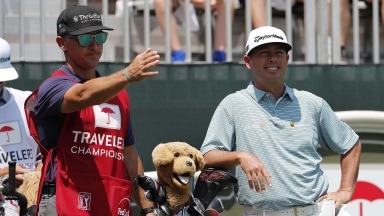