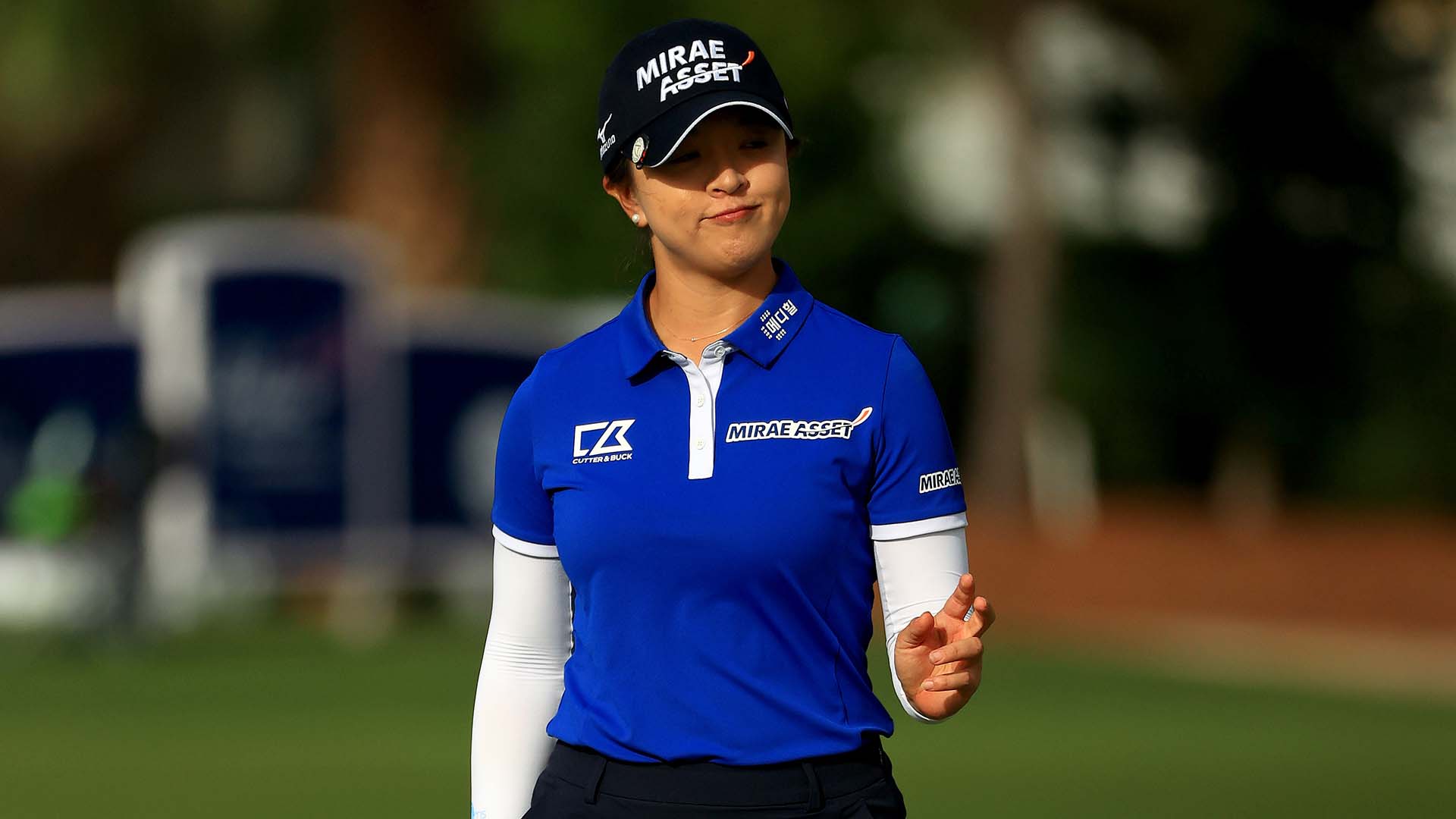 BELLEAIR, Fla. — Sei Young Kim answered Ally McDonald's ace with a late birdie run to open a five-stroke lead Saturday in the Pelican Women’s Championship, the South Korean's first event since winning the KPMG Women’s PGA a month and half ago.

“She made a hole-in-one, we almost one-shot lead,” Kim said. “I got a little bit pressure, but I try to focus on my game.”

“It was playing like 115 front, 127 hole, and there was a little bit of downwind,” McDonald said. “So, I thought a 115 shot, just playing the front edge, would be enough to pitch it a few yards on and let it release.

"Honestly, this is kind of how my strategy works, was everything told me to look a couple paces right of it, so I did. That’s kind of my strategy, because I wasn’t looking at the hole, but then it went in.”

Kim's victory last month at Aronimink was her 11th on the LPGA Tour and first major title.

“I feel like same, but when standing on the first tee, like announcer, `This is a major champion, Sei Young Kim.′ When I heard that, feels like, `Oh, yeah, I got that.’”

She left McDonald behind with the birdie spree.

“I just trying to keep push myself until the last hole,” Kim said. “Just keep pushing. I think that is way to make more birdies.”

McDonald struggled on the greens late.

"I felt like I played really solid during that stretch,” McDonald said. “I hit good shots. Just unfortunately, my speed got a little off, especially 16, 17, 18. For a little bit, I kind of lost my touch with the putter.”

Top-ranked Jin Young Ko was tied for 28th at 2 over after a 69 in her first LPGA Tour event of the year. No. 1 in the world for the last 68 weeks, she has been home in South Korea since the COVID-19 pandemic. She plans to play three straight tournaments through the U.S. Women’s Open.