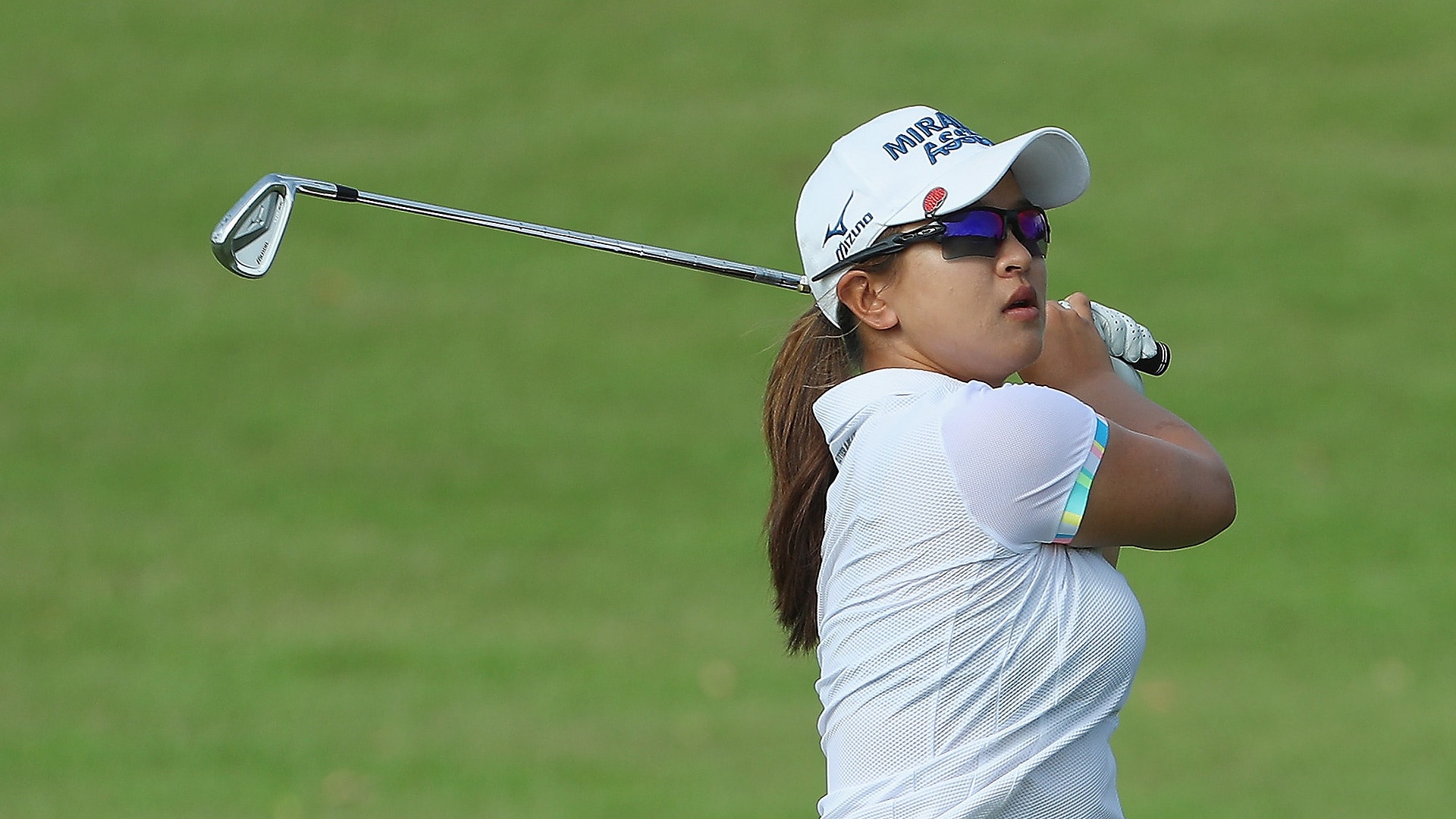 GALLOWAY, N.J. - Sei Young Kim birdied seven of her last 10 holes for a share of the lead with Celine Herbin in the suspended second round of the ShopRite LPGA.

Kim was 10 under for the tournament with three holes left when play was suspended because of darkness.

Herbin had her second straight 5-under 66.

Herbin birdied No. 18 after play resumed following a delay of nearly three hours because of lightning strikes in the area. The Frenchwoman left her job as a biochemical engineer at age 27 to become a professional golfer.

Herbin had made the cut in just five of 11 tournaments prior to this week.

''There is no secret really, just keep working on what I'm doing,'' she said. ''I don't care if you miss 10 cuts if you win the 11th. The missed cut doesn't mean too much. What means more is the work you do every day.''

Kim, a six-time LPGA winner, was one of 36 players unable to complete the round.

''It's not added pressure,'' said Stackhouse, a second-year LPGA player. ''When I'm on the golf course, I'm not performing as a black American. I'm just trying to make as many birdie putts as I can and saving all the pars that I can.''

Two-time champion Anna Nordqvist had a 73 to drop from a tie for first to a tie for 34th at 3 under.