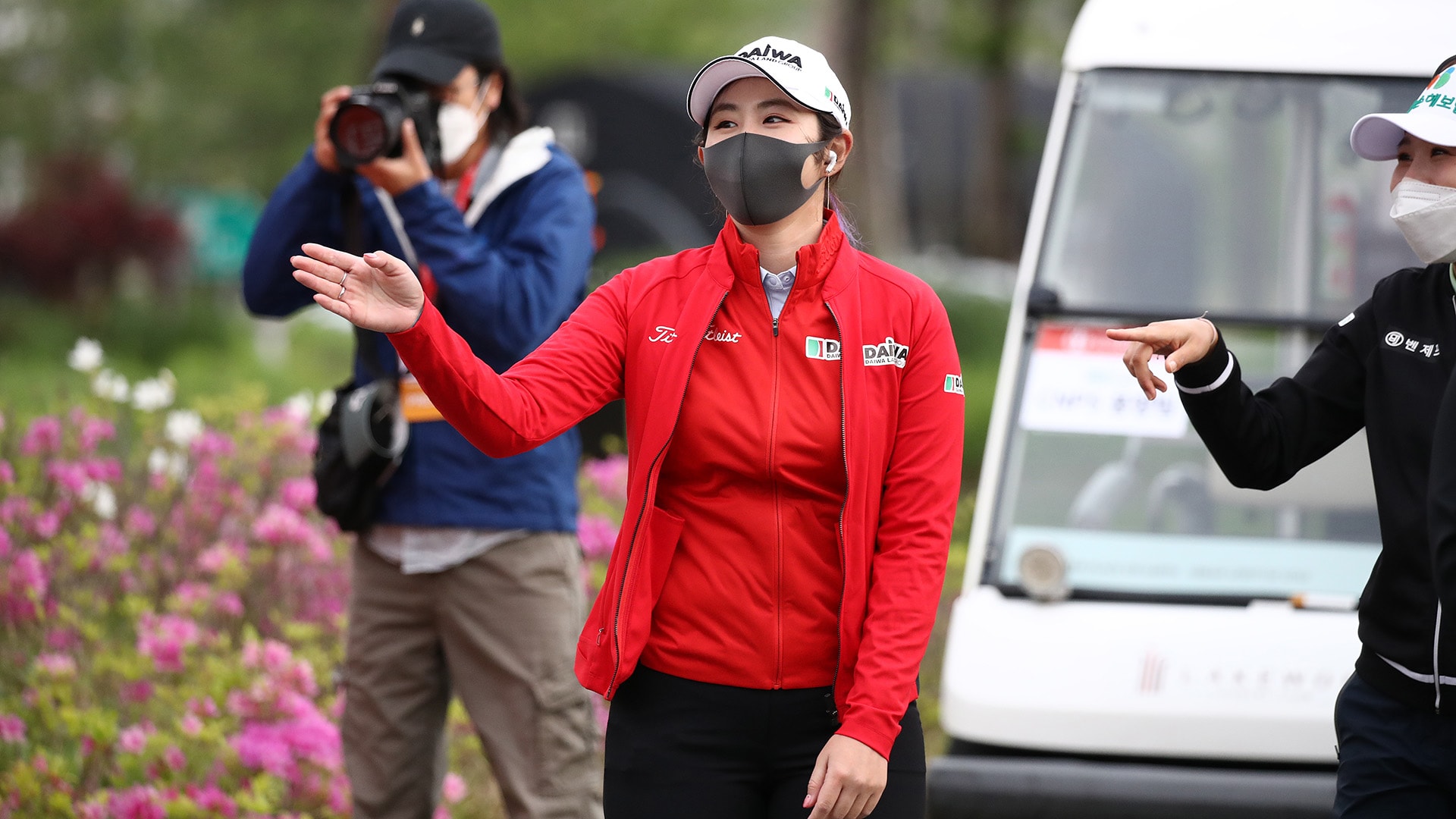 The new normal seemed strange for Korean LPGA Tour pros returning to action Thursday in Yangju, with the world’s first major tour restarting since the coronavirus pandemic shut down sports.

Defending champion Hye Jin Choi, the KLPGA’s leading money winner from 2019, felt the difference early in the first round of the KLPGA Championship, with no spectators allowed at Lakewood Country Club.

“I birdied the first hole, and I didn’t know how I should celebrate,” she said in a story by the Yonhap News Agency.

Choi said she was equally low-key making eagle later in the round, refraining from any celebratory reaction.

“I just kept it to myself,” she said.

Rolex world No. 3 Sung Hyun Park said the atmosphere was dramatically different from what KLPGA pros typically experience, with women’s golf so popular in her homeland. South Korea’s top players have large fan clubs, who typically turn out in strength to follow their players. There were no cheers or chanting in Thursday’s start.

“It was a little boring, yet refreshing,” Park said.

“It felt more like a practice round,” she said. “But I’m thankful for just being able to play.

It was a sluggish start for the top three players in the field off the Rolex Women’s World Rankings. Park, Kim and No. 10 Jeongeun Lee6 all failed to break par in the opening round. Park and Lee6 opened with 1-over-par 73s and Kim with a 74.

It was Park’s first start since she withdrew from the last round of the LPGA’s CME Group Tour Championship in November of last year.

Seon Woo Bae, No. 33 in the world rankings, opened with 5-under-par 67 Thursday to share the first-round lead with Char Young Kim and Se Lin Hyun.

Choi opened with a 69 with Ha Na Jang and Hyo Joo Kim each opening with a 72.

Players are competing under COVID-19 protection protocols, with thermal scanners used to take players’ temperatures as they enter the course and with high-tech sanitizers using UV light on players as they enter the driving range, according to various media reports. A screening center is set up on site for anyone feeling symptoms.

Individual players aren’t undergoing COVID-19 testing, unless symptoms require doing so. That’s because South Korea is in such a different stage than the United States in its response to the pandemic, with expansive tracing technology in place. The country’s COVID-19 monitoring system includes cell phone tracking apps that have helped, in effect, to put the virus under surveillance, allowing health officials to track new infections and potential outbreaks. 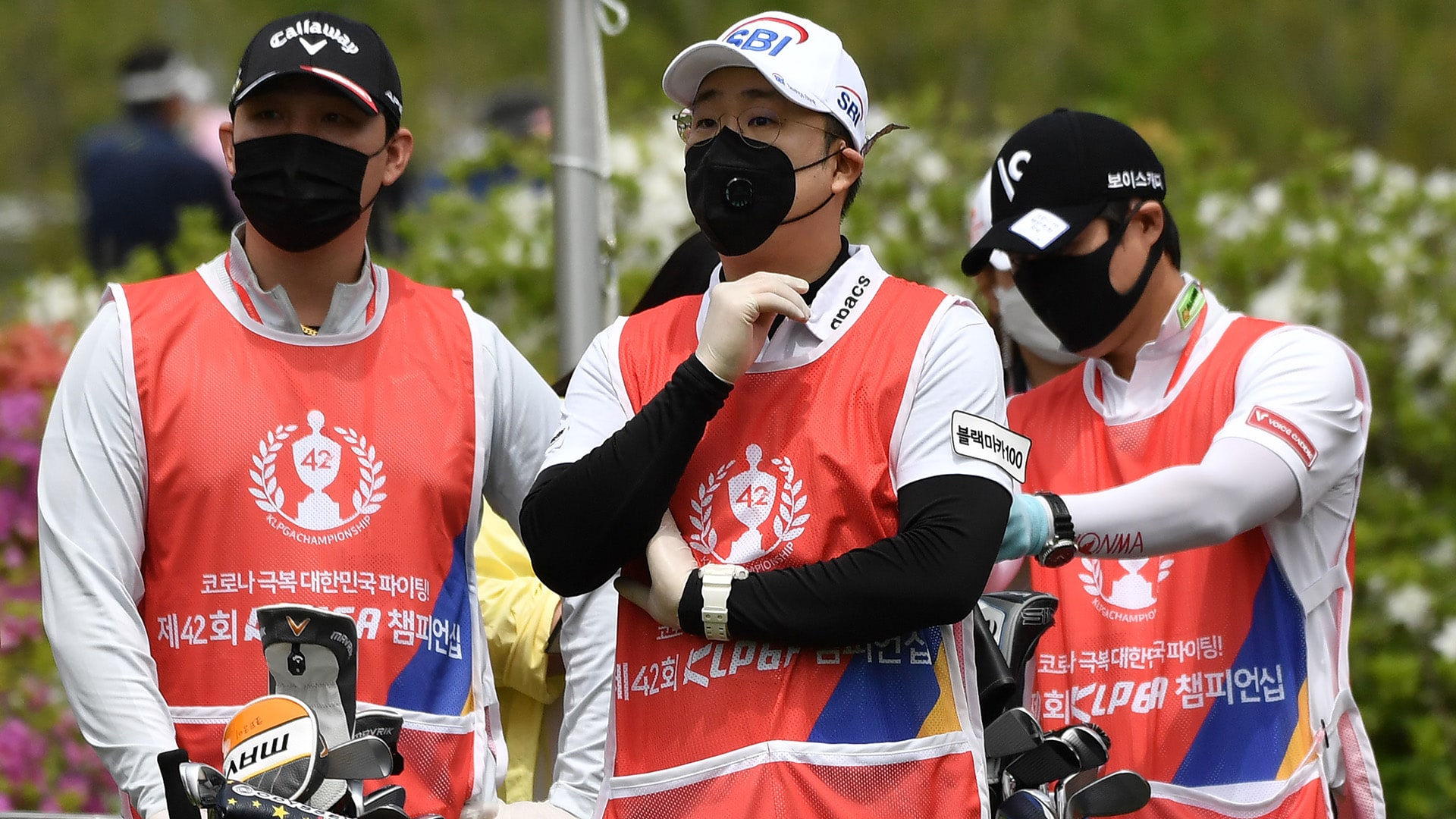 Dean Herden, a long-time KLPGA and LPGA caddie, who has toted bags for three different major championship winners, is out with an injury this week but observing how the event’s unfolding.

“The event atmosphere feels very quiet, no spectators and no player entourages allowed in,” Herden said. “Families aren’t allowed on the golf course or in the clubhouse.”

Herden said the KLPGA is very aware that the world is watching how it reopens tour golf, and that it is staging a something akin to a “test event.” He said the KLPGA is taking care to do its best to show sponsors, fans and players how golf can come back.

“Any reoccurrence of the virus can bring a lot of criticism for starting the season too early,” Herden said.

Herden believes the KLPGA is giving TV and other tours a chance to see what’s possible.

“They have done a wonderful job,” he said. “So, let’s hope all goes smoothly.” 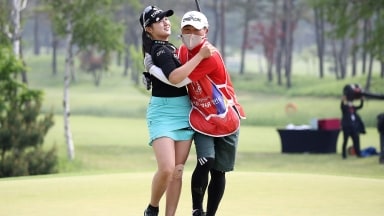 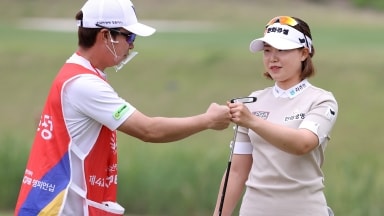 Hee Jeong Lim shot an 8-under-par 64 to surge to the top of the leaderboard Saturday at the KLPGA Championship in Yangju. 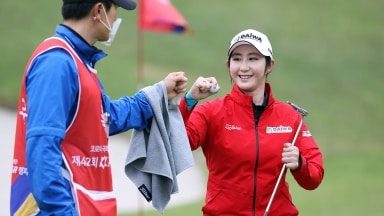 With a 7-under-par 65 Friday, Seon Woo Bae took sole possession of the lead at the KLPGA Championship in South Korea.