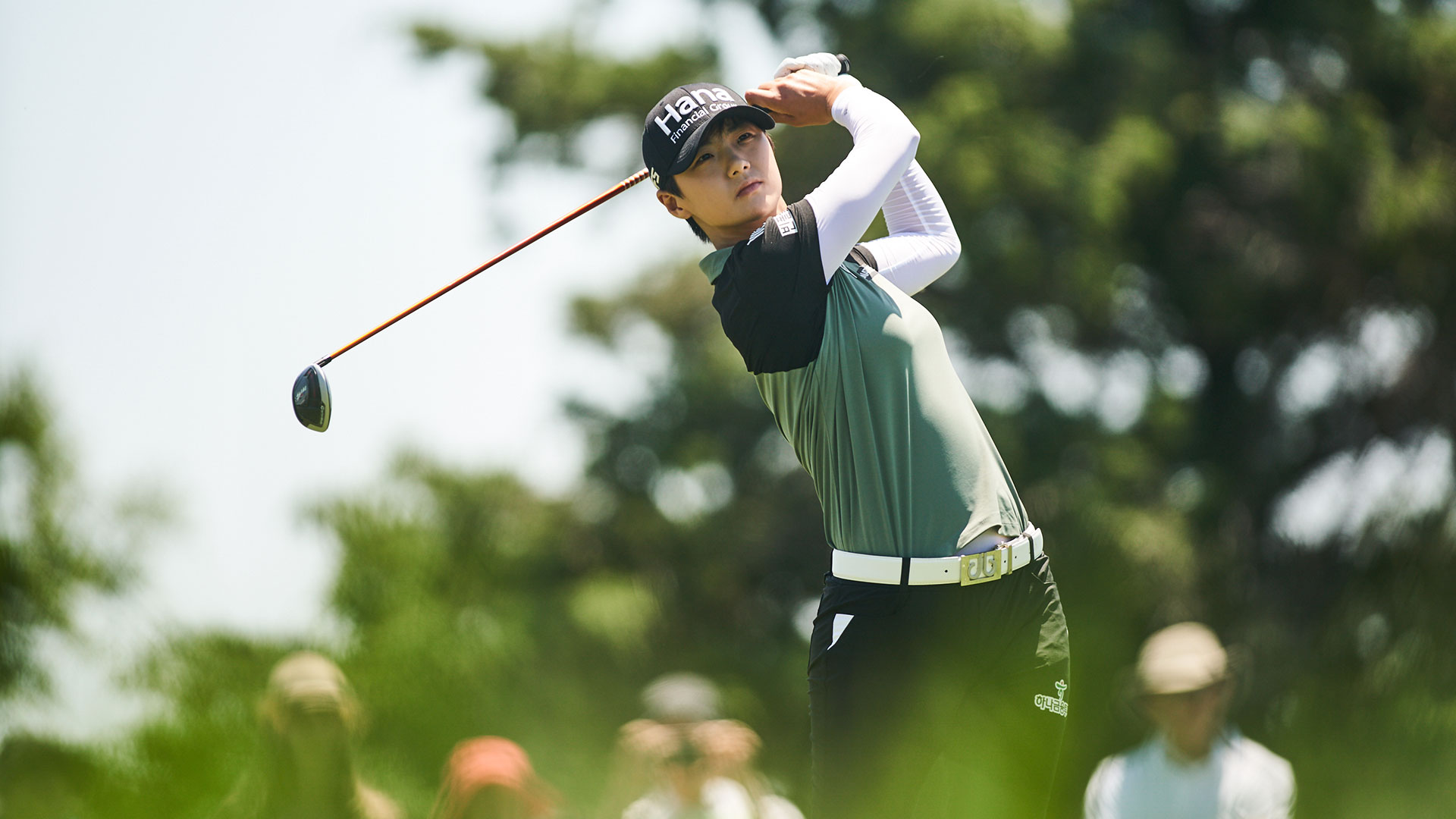 THE COLONY, Texas - Sung Hyun Park converted a clutch shot to turn around what had been a disappointing year.

Park chipped in for birdie from behind the green on the par-4 18th hole to close out a 5-under 66 in the second and final round of the weather-abbreviated LPGA Texas Classic, good for a one-shot victory.

''The beginning of the season was pretty frustrating, since I missed two cuts, and I felt pretty upset inside,'' Park said. ''But after today's win, I just feel like everything - everything just kind of disappeared.''

The sweet-swinging 24-year-old South Korean, the highest-ranked player in the field at No. 5, ended up needing that chip to drop to survive a late charge by Lindy Duncan, who birdied her final three holes for a 64, the low round of the tournament.

Park finished with a two-round total of 11-under 131 for her third career victory and first since last season, when she was named rookie of the year and shared the player-of-the-year award with So Yeon Ryu. She became the 11th winner in 11 LPGA tournaments this year.

Park skipped last week's tournament at Lake Merced outside San Francisco. Spent part of that time working on her short game, and it paid off when her 58-degree wedge found the hole from 20 yards out.

''I was really nervous, but because of how much I have been practicing my chipping, I felt like my confidence really grew,'' Park said.

The event was reduced from 72 holes to 36 after Thursday's round was canceled and Friday's play was delayed by 8 1/2 hours because of rain. Some players went 35 holes on Saturday and returned to play one hole on Sunday.

Because of the rain delays and stop-and-start nature of the tournament, Park was part of a five-way tie for the lead going into the final round. She finished 90 minutes before the tournament ended because groupings were not changed from the opening round.

Rookie Yu Liu closed with a 66 and finished third, two shots back. Ariya Jutanugarn (66) and Sei Young Kim (67) were another shot behind.

Park bogeyed the par-4 first hole and then played the rest of the front nine in 5 under, including an eagle on the par-5 fourth. She shot 1 under on the back nine and then had to wait on Duncan, who could have forced a playoff by holing her second shot on the par-4 ninth.

Duncan and Liu both had career-best finishes.

Nicole Broch Larsen was assessed a stroke penalty Saturday night by a rules official who watched the day's play on television and determined a penalty should have been called because the Danish player caused her ball to move while at rest.

''I still don't think it's me, but if all - how many rules officials there agree that it's me ... then I guess it's me,'' said Broch Larsen, who finished six shots back.