Shane Lowry takes trip to the beach, makes improbable par in Round 2 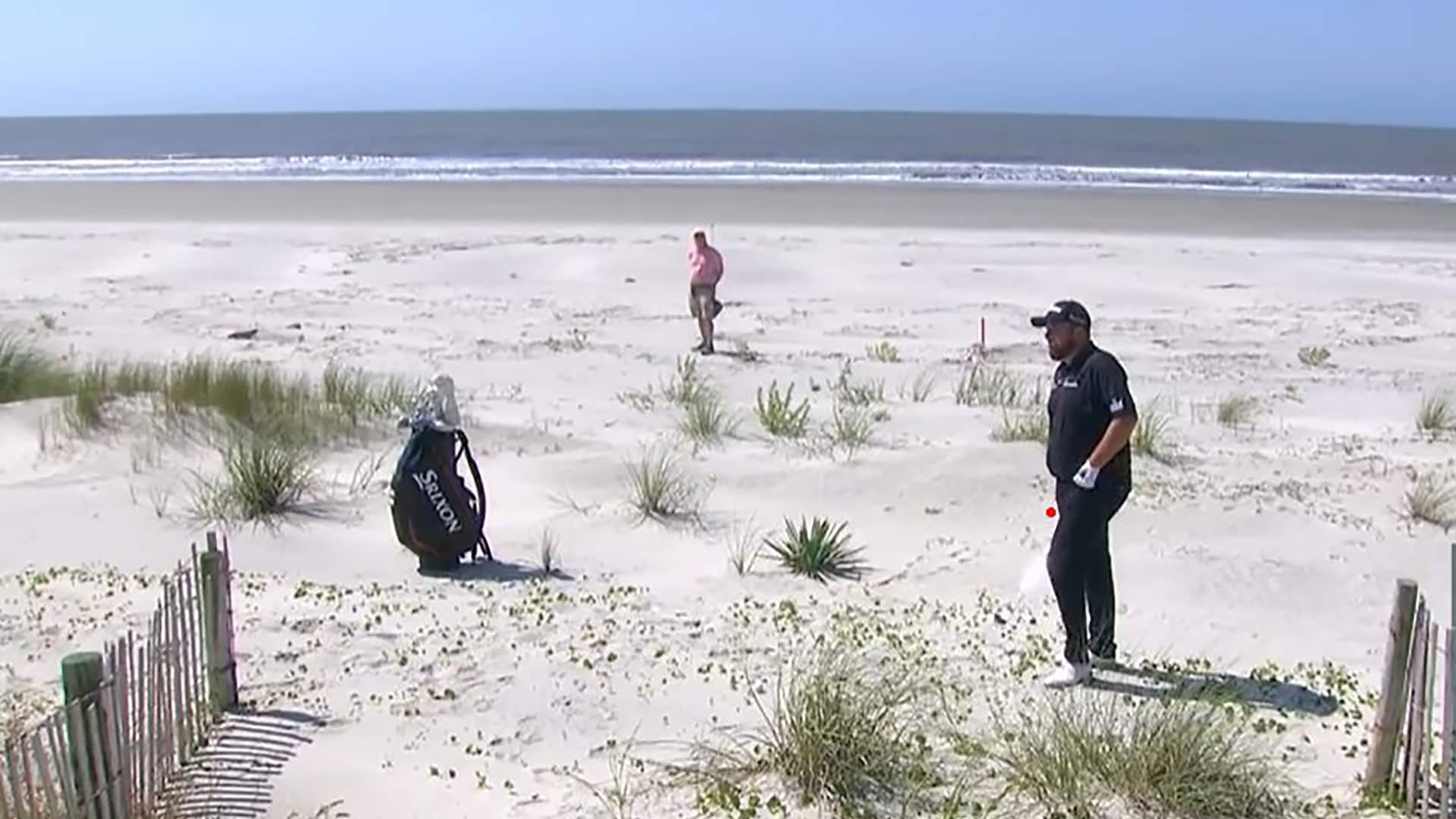 KIAWAH ISLAND, S.C. – Shane Lowry noticed a picture of Rory McIlroy hitting from the dunes at Kiawah Island earlier this week and wondered where McIlroy was. On Friday at the PGA Championship, Lowry found out.

After two early birdies to start his day on the back nine, Lowry was clinging to a solid round when he reached the par-5 16th hole which, like the other five closing holes on the Ocean Course, was playing into a fierce wind that was gusting to 25 mph. He pushed his tee shot and it rode a gust some 75 yards right of the fairway and found the beach.

“I obviously found out where it was,” Lowry laughed following a 1-under 71 at the PGA Championship. “I obviously knew the sea was out there that side, but I didn't know what was out there. I got very lucky there because where I hit my provisional wasn't very good, either.”

Lowry was allowed to take relief from an erosion fence, which an official ruled was an immoveable obstruction. He punched his next shot back into play, laid up short of the green and converted a 21-footer for an improbable par.

“It was one of those where when I found my ball and was able to get relief and got it back in play, it was like make a [bogey]. A 6 doesn't kill you,” said Lowry, who was at even par, five off the lead. “On this course if your mistakes are bogeys, you'll do OK, because you will give yourself a few chances. But I just wanted to try and make bogey or par and move on to the next, and I did.” 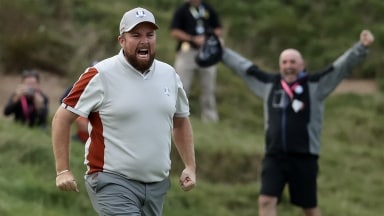 Shane Lowry had a bone to pick with a few members of Team USA after Europe's loss, according to a report. 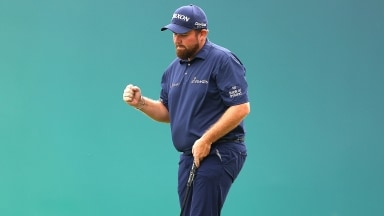 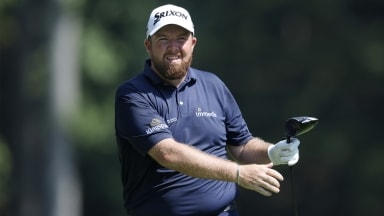