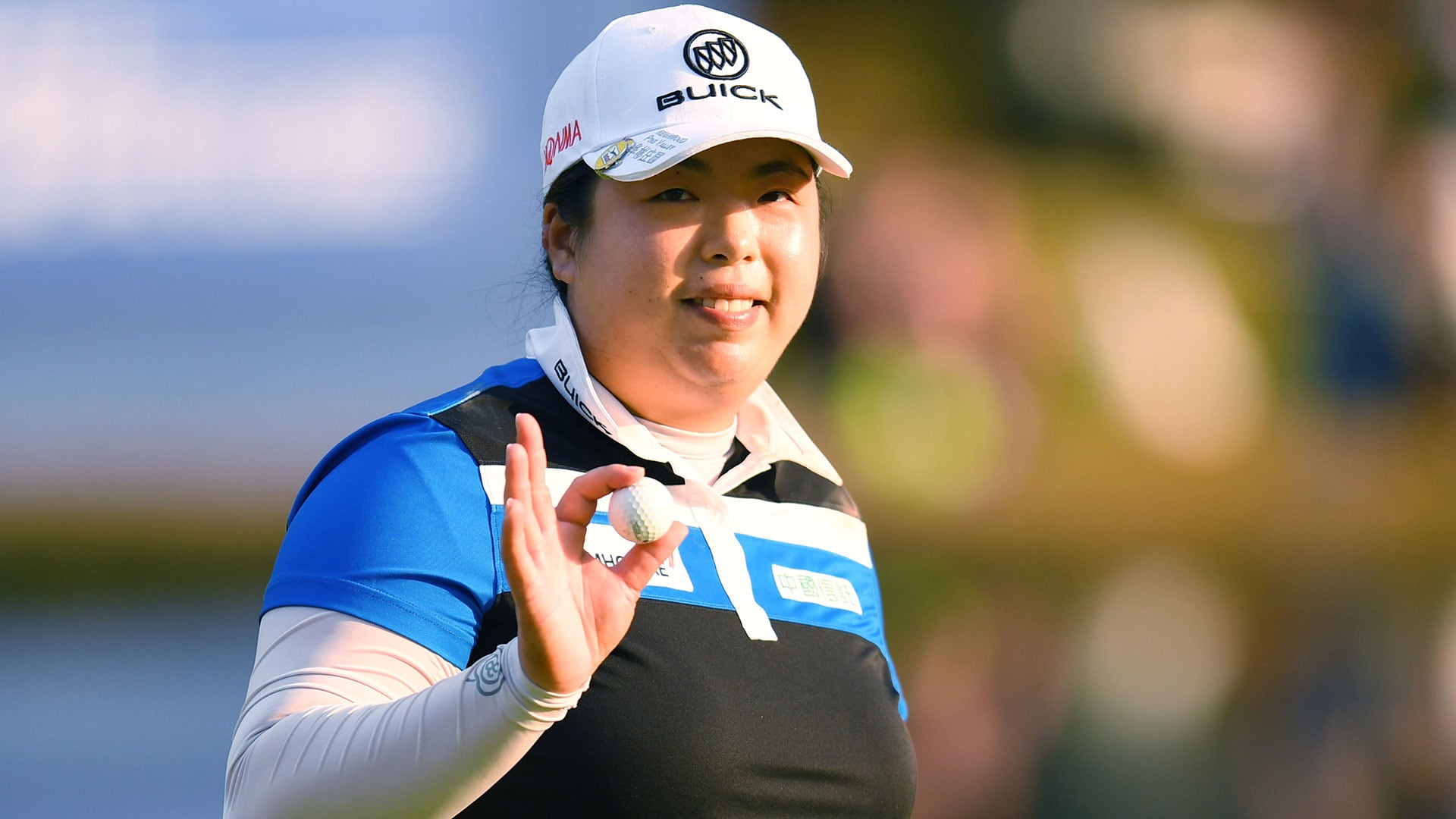 IBARAKI, Japan – Defending champion Shanshan Feng of China fired a 9-under 63 on Saturday to take a two-stroke lead after the second round of the LPGA's Japan Classic.

Feng birdied five of her first seven holes to jump out to a quick lead. The 2012 Women's PGA Championship winner eagled the 12th hole then picked up two late birdies to keep ahead of the fast-finishing Suzuki.

''I was shocked, because that wasn't a very usual start for a round,'' said Feng. ''But then after that I kind of kept my good putting going on and finished with a 9-under.''

Feng is aiming to become the first LPGA player to defend a title in 2017. She is looking for her second victory of the year, having captured the LPGA Volvik Championship in May.

Charley Hull of England had six birdies and an eagle at the second for at 64 that put her in a tie for third at 10-under 134 with South Korean Min Young Lee.

Stacy Lewis shot a 67 and was tied for fifth with Lizette Salas, Sweden's Anna Nordqvist, and the Japanese pair Momoko Ueda and Ayaka Watanabe.

Lexi Thompson struggled with the conditions and offset three bogeys with three birdies for a 72 that left her in a tie for 42nd.

Five more golfers are at 8 under par including World No. 1 So Yeon Ryu, who is still battling a shoulder injury, and New Zealand's Lydia Ko, who is looking for her first victory of the year.

''Putting and driving are always going to be important no matter what tournament you play,'' said Ko. ''So those are things I'll always be working on, to try to be more consistent.''