Feng rises to No. 1 with second straight win 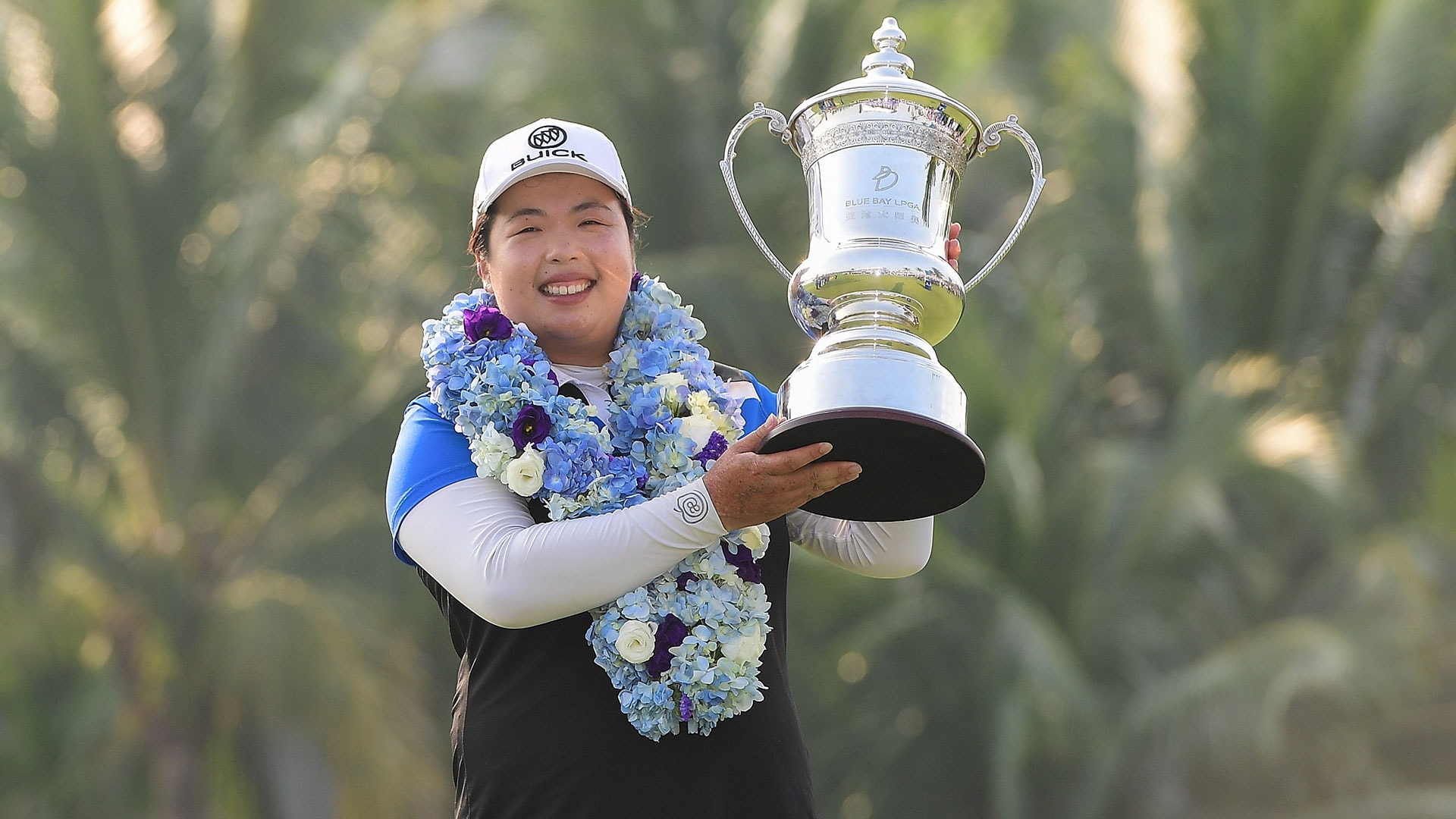 Growing up in China, when golf was in its infancy, where opportunities and support were so hard to come by, where the game was sometimes challenged as too elitist for the culture’s tastes, Feng turned herself into the greatest of pioneers.

She turned herself into China’s first major championship winner, its first Olympic medalist in golf and now its first world No. 1.

With Feng’s victory Saturday at the Blue Bay LPGA in China, she will move to the top of the Rolex Women’s World Rankings, according to the projections.

She did it in a most meaningful way, winning on Hainan Island in her homeland.

“I'm really, really excited and very proud of myself,” Feng said. “I think it's special because I won this tournament to become world No. 1. I finished first in China, so I actually claimed the world No. 1 in front of all the people at home. I'm really happy about that.”

Feng closed with a 2-under-par 70, finishing at 9-under overall, a shot ahead of Thailand’s Moriya Jutanugarn (70) and four ahead ahead of Sung Hyun Park (72), who is projected to lose the No. 1 ranking a week after gaining it.

That’s back-to-back LPGA victories for Feng, giving her three for the year, which equals I.K. Kim for most titles on tour this season.

Feng, 28, will become the fifth player in 2017 to hold the Rolex world No. 1 ranking, the most No. 1s in a single season in women’s golf since the world rankings were initiated in 2006.

After hoisting the trophy Saturday, Feng seemed as excited about the possibilities for continuing to grow golf in China as she did for what it means to her career.

“Hopefully, there will be more Chinese getting on the tours and more world No. 1's coming up from China,” Feng said.

Shanshan Feng saw this coming even if few others did.

At year’s start, Feng turned to her long-time swing coach, Gary Gilchrist, and confided a bold feeling growing within her.

“You know, this could be my year to get to No. 1,” Feng told Gilchrist.

Feng confided that after playing a practice round at Isleworth Country Club in Windermere, Fla., with then world No. 1 Lydia Ko, former world No. 1 Yani Tseng and 10-time LPGA winner Paula Creamer.

Gilchrist set up the practice round for his four students.

“I think she just looked around and said, `Mentally, I have what it takes,’” Gilchrist said. “That is Shanshan’s greatest strength.”

Feng’s sense of what’s possible seemed to grow after she won a bronze medal at the Olympic Games last summer and then closed the LPGA season with a pair of victories in Asia.

“Towards the end of last year, I felt that I had not won enough LPGA titles yet,” said Feng, who now has nine career wins. “I needed to give myself more opportunities, and more chances and more pressure, in order to get to the objective, in order to become world No. 1.

“Because some of my friends were already world No. 1, comparing myself to them, I realized that I have a shot. Also, I realized that I'm 28 years old now. I felt the younger generation is coming up and the pressure is right there. I needed to give it a go. If not, maybe down the line, I won't have this opportunity anymore. So that was my motivation.”