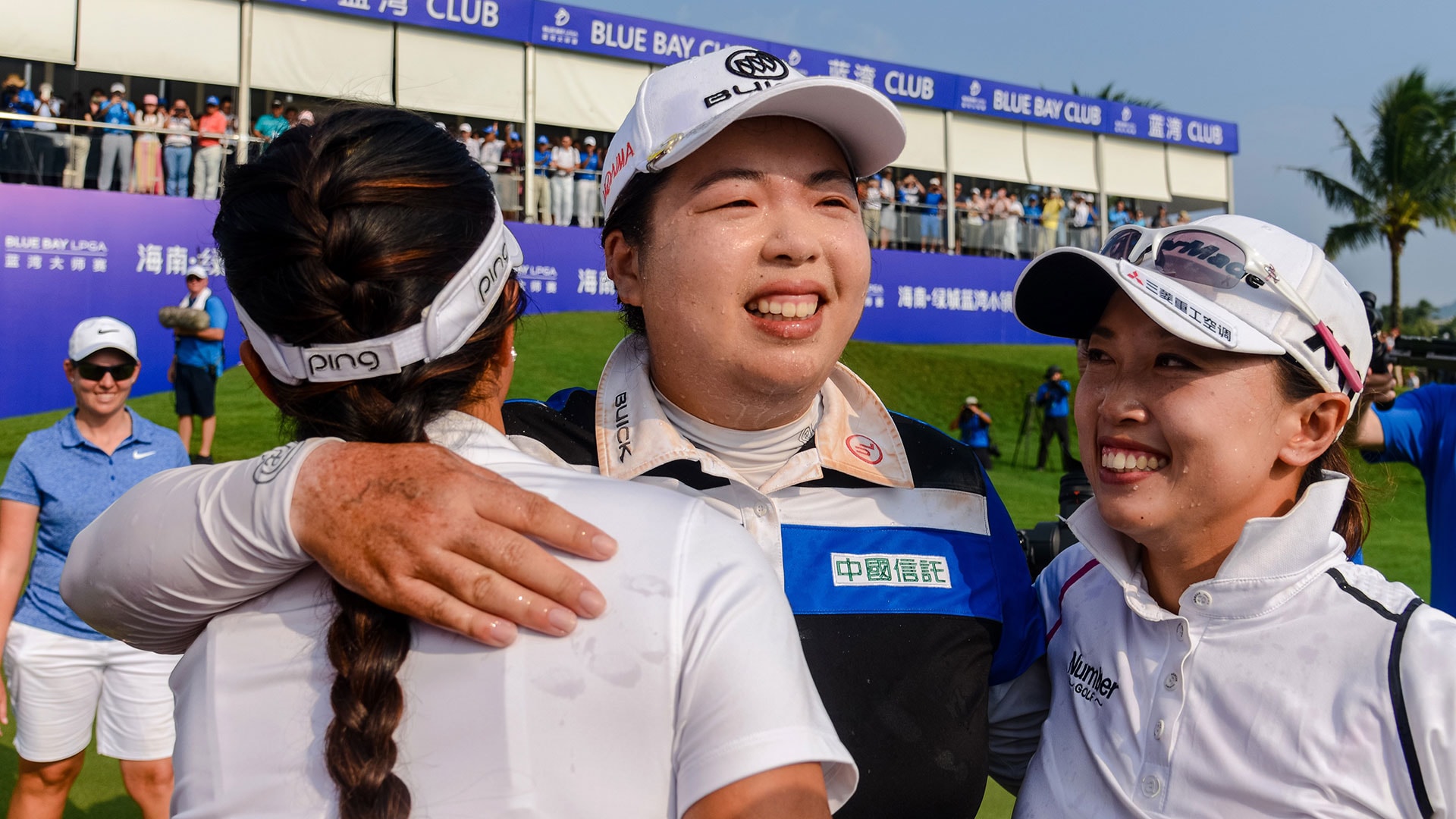 HAINAN, China – Shanshan Feng shot a 2-under 70 in the final round to win the Blue Bay LPGA by one stroke.

With the win, Feng is projected to become the first top-ranked golfer - male or female - from China.

''I finished first in China, so I actually claimed the world No. 1 in front of all the people at home,'' said Feng, who finished on 9-under 279. ''I'm really happy about that, and I hope all the Chinese are going to be watching me ... Hopefully there will be more Chinese getting on the tours and more world No. 1s coming up from China.''

Feng, who won last week in Japan, became the first back-to-back winner of 2017.

Thailand's Moriya Jutanugarn (70) was second at 8 under, just one shot behind Feng after narrowly missing a birdie attempt on the 72nd hole.

''I was just trying to give myself a chance,'' Jutanugarn said of her final putt.