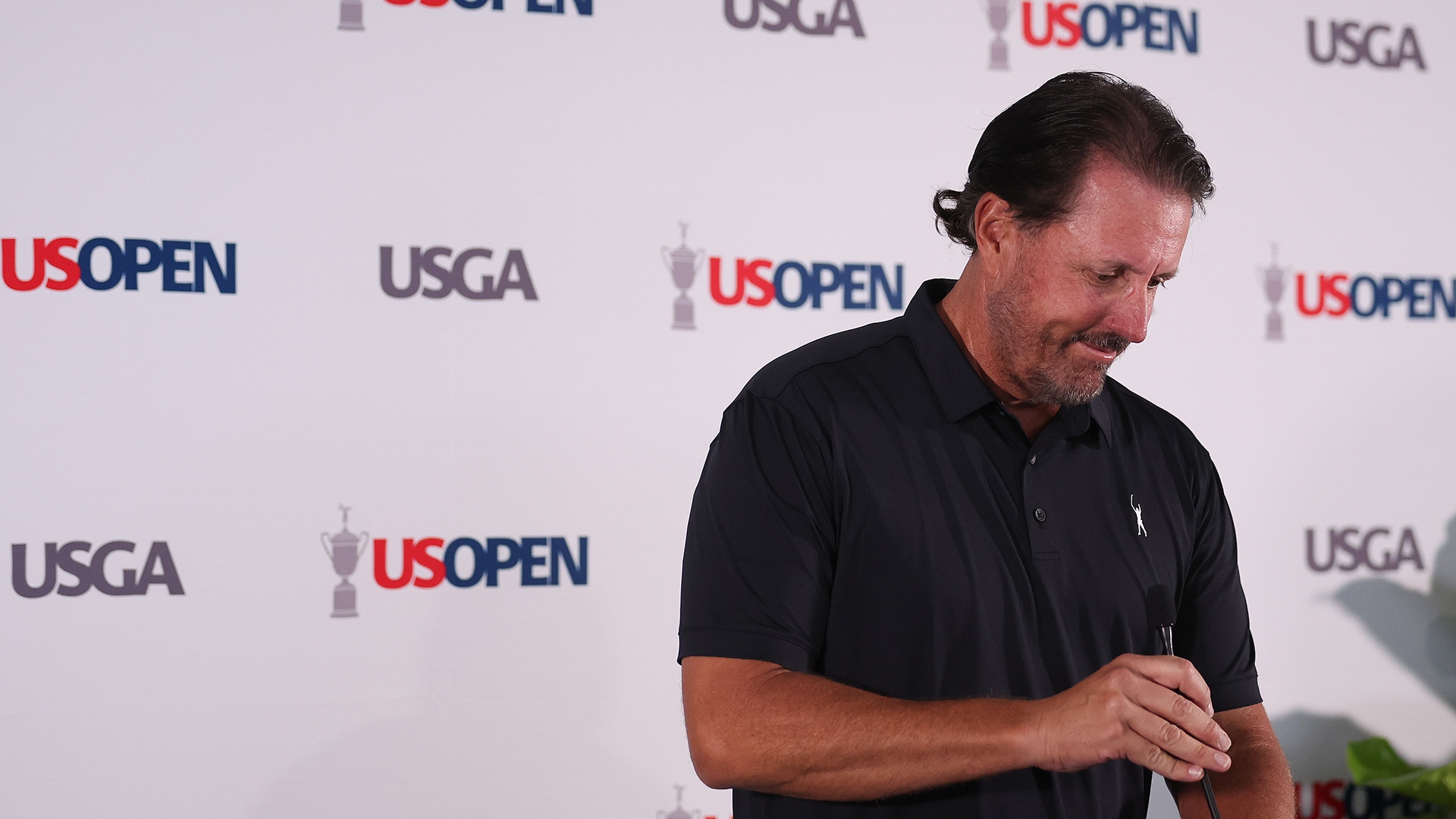 BROOKLINE, Mass. – As was the case with many questions during his pre-championship press conference Monday at the U.S. Open, Phil Mickelson was reticent in expounding on two questions regarding a letter sent last Friday to he and a few other players who have opted to join the Saudi-backed LIV Golf league.

The letter was mailed to the agents of Mickelson, Dustin Johnson, Patrick Reed, Bryson DeChambeau and Kevin Na, and written by Terry Strada, the national chair of 9/11 Families United, an organization of family members of those murdered in the terrorist attacks of Sept. 11, 2001, as well as survivors. Strada, whose husband was among the thousands killed in the attacks, pleaded with the American golfers to reconsider their decisions to chase big paydays on the LIV tour despite Saudi Arabia’s role in 9/11.

“Please, do not insult our loved one’s memories and take the pathetic position, as one of your foreign colleagues did last week, claiming you are ‘just golfers playing a game’ or blandly treating the evils of the Saudi regime as ‘human rights’ concerns,” Strada wrote. “You are all Americans, keenly aware of the death and destruction of September 11.  Whether it was the appeal of millions of dollars of hard cash, or just the opportunity to prosecute your professional grievances with the PGA [Tour], you have sold us out. This is a betrayal not only of us, but of all your countrymen.”

Mickelson told reporters that he read the letter, but when it came time to respond to the families’ concerns, he offered little.

“Phil knows exactly what he’s doing, and he and his fellow LIV golfers should be ashamed,” she said. “They are helping the Saudi regime ‘sportswash’ their reputation in return for tens of millions of dollars, at the very same time our government is rolling out more damning evidence of Saudi culpability in the 9/11 attacks. As the PGA Tour commissioner said Sunday ‘you’d have to be living under a rock’ to not understand the implications of involving yourself with the Saudis.”