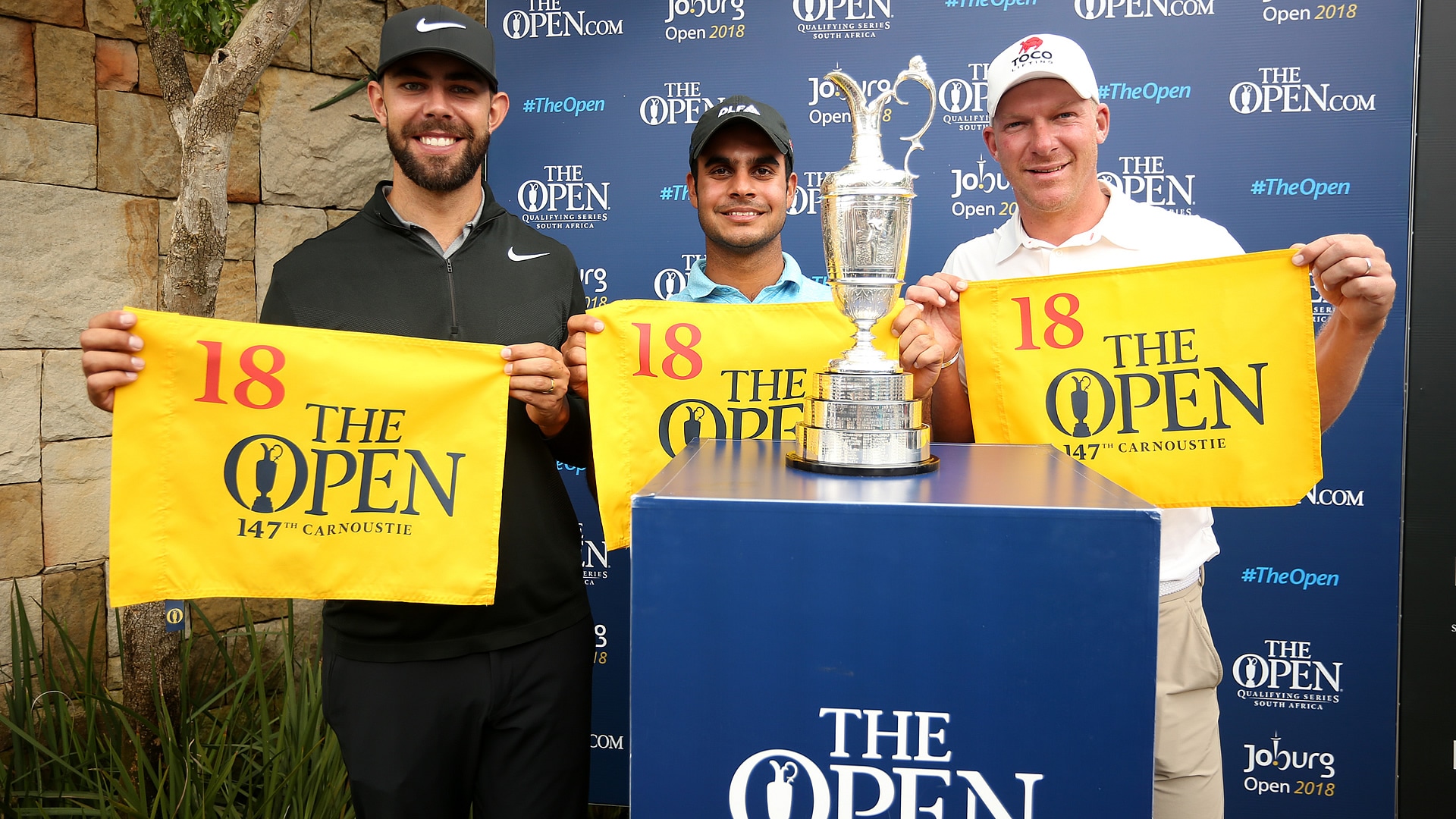 Sharma returned to Randpark Golf Club Monday morning after storms washed out much of the scheduled final day of play. Beginning the re-start with a four-shot lead, he hung on to win by three over South Africa's Erik Van Rooyen.

Both men can make travel plans for Carnoustie next summer, as this was the second event in the Open Qualifying Series with three spots available for players not otherwise exempt who finished inside the top 10. The final spot went to Shaun Norris, who tied for third with Finland's Tapio Pulkkanen but had a higher world ranking (No. 192) than Pulkkanen (No. 197) entering the week.

The Joburg Open was the final official European Tour event of the year. The next tournament in the Open Qualifying Series will be the SMBC Singapore Open in January, where four spots at Carnoustie will be up for grabs.

The Indian Open event on the European Tour was canceled on Saturday because of the threat posed by the coronavirus pandemic.