Sights and sounds may have changed, but the game remains the same 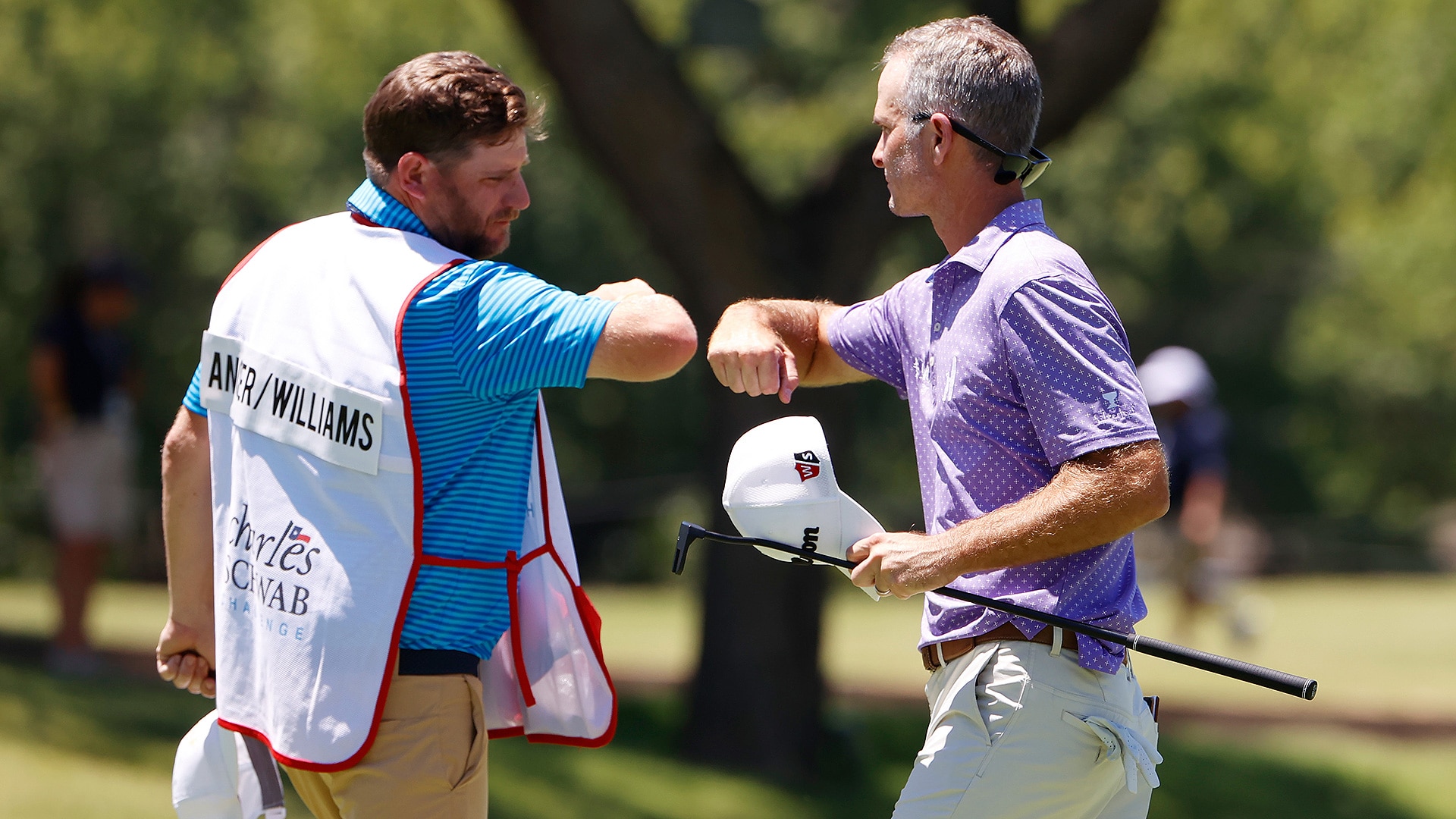 FORT WORTH, Texas – Just after dawn, with a mercifully cool breeze rustling the treetops, Ryan Palmer climbed the hill from the putting green to Colonial’s first tee.

It’s a trip he’s made thousands of times as a member of the club, but this morning’s tee time meant significantly more than any of the others – not just to the 43-year-old Texan – but to all of golf. Palmer had been tabbed to end 91 days of COVID-19 quarantine for the Tour as the first player off at the Charles Schwab Challenge.

The relative calm of the morning – and an empty golf course - couldn’t alter the gravity of the moment.

With a single clap from a volunteer perched behind the tee, Palmer’s drive sailed into the left rough and he was off. Whether golf’s attempt to return to competition ends up in a similarly difficult lie remains to be seen. 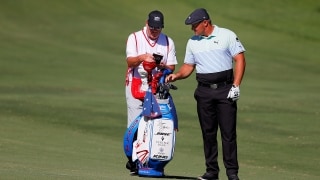 Players adapting - or not - to safety rules

Judging by Round 1 interaction at the Charles Schwab Challenge, players and caddies haven't immediately adjusted to the Tour's new safety rules.

What was immediately evident, is that for the foreseeable future, meaning at least the first five events back without fans, Tour golf promises to be a far more solitary endeavor.

Sure, there will be plenty of fans at home watching the action this week at Colonial, thankful for a respite from Netflix binge watching and an assortment of sports-themed docuseries, but on the ground there was no mistaking that this was different.

“I'm used to having a lot of friends and family out watching,” said Palmer, who shot 2-over 72, ”so that was obviously different.”

The normal cacophony of fans mulling around, and the buzz of tournament days, was replaced this Thursday by the hum of distant golf carts – one of which was marked “patron safety,” which seemed downright wasteful - and trains shunting at the nearby railhead.

“The only comment I made to Bill [Haas] is like, you can hear people hitting tee shots around the course. I had to back off a couple putts because someone hit a tee shot,” Brian Harman said. “I don't remember being able to hear that here. There's usually a wall of people in between here and there so you don't hear that kind of stuff. The sound travels a lot worse. It's odd to see the place with no fans. It's definitely different.”

Harman, who was grouped with Palmer and opened in 5-under 65, set the quiet tone early with a 51-footer for par at the first hole that was greeted with silence.

An hour later, as Phil Mickelson, Gary Woodland and defending champion Kevin Na prepared to tee off, the first-tee announcer reminded everyone who hasn’t spent the last three months in a pandemic shelter to “give each other some space out there.”

As if the moment wasn’t poignant enough, at 8:46 a.m. local time, the Tour halted play with three blasts of a horn to honor George Floyd and to acknowledge the need “to amplify the voices and efforts underway to end systemic issues of racial and social injustices impacting our country.”

For Mickelson, whose engagement with fans is a part of his DNA, the lack of a gallery was particularly jarring. There were no thumbs up or sheepish grins, just a businesslike purpose from behind a pair of dark aviator sunglasses.

When Lefty rolled in a 20-footer for birdie at the 18th hole to reach 3 under, three people mulling around the green offered applause, one of whom was Mickelson’s swing coach Andrew Getson. Lefty offered a simple tip of his cap. A birdie at the first hole (Mickelson started on No. 10) was met with silence. He still offered a tip of his hat.

“It's certainly awkward not having everybody out here, but I'm certainly proud of the steps the PGA Tour has taken to have everybody be safe, feel safe in this environment and to hopefully entertain and have some people watching on TV even though they're not here,” Mickelson said.

There have been bumps along the way for the Tour, with some reports suggesting players and caddies aren’t taking the circuit’s safety protocols seriously enough. Those concerns, either real or manufactured, prompted blanket text messages on Wednesday from Tour officials reminding everyone that two clubs (6 feet) means two clubs. Officials even added an extra club (10 feet) for swing coaches.

“Everybody is doing their best. We're not perfect,” Harman said. “I saw we got a little heat yesterday about [not following the rules]. I disagree, I think most people are trying their best. We kind of fall back into some of our old habits. I think everyone is aware of it.”

Appearances aside, the Tour did avoid the one bump that could have derailed the entire experiment. On this front the numbers speak for themselves. Of the 486 in-market tests for COVID-19 this week, there was not a single positive result.

Taken in context, playing without fans is a small price to pay for something this close to normal. Besides, playing golf in an empty field is nothing new for many players and even on Tour, unless your name is Rory or Phil or DJ, most Thursday mornings are spent in relative anonymity. But there was something eerie about this silence.

Instead of being greeted with applause and boisterous enthusiasm, golf’s return was welcomed back with muted appreciation. It’s the price you pay for sports in a pandemic. And as groups set out off the first and 10th tees, the surreal slowly gave way to the familiar, or at least what passes as familiar in the age of COVID-19.

It might be quiet golf, but it is golf. For most involved, Thursday’s round was a milestone, however muted. The soundtrack of golf may have changed for however long the wheels of uncertainty spin, but the bones of the game remain unchanged.