The Social: Kuchar saga shows ugly side of Twitter 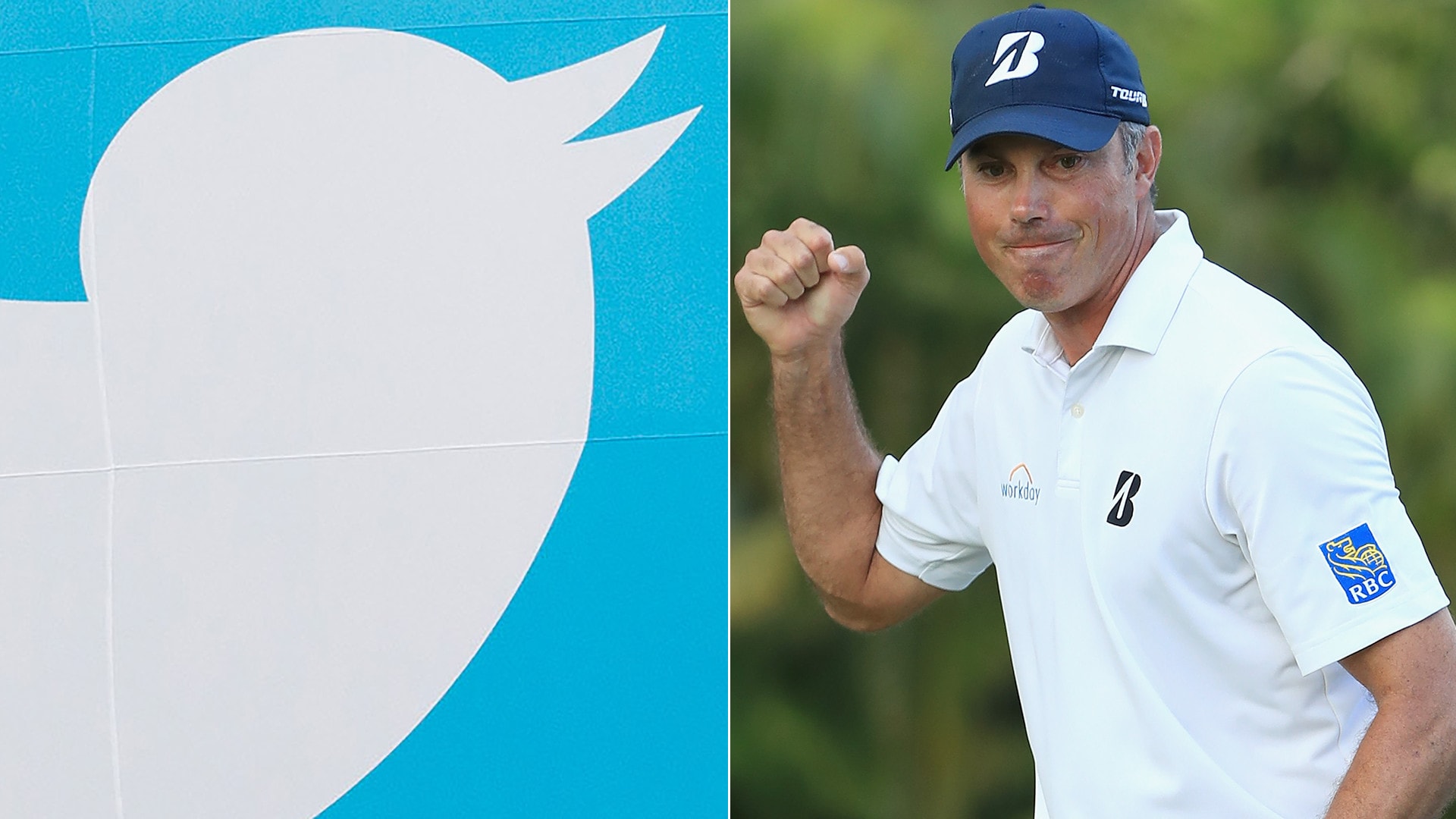 The downside of social media rears its ugly head in Matt Kuchar's direction, new golf shoes that you might need to mow catch the internet's attention, and Zac Efron gives Tiger Woods a run for his money.

If Kuchar wins this weekend let's hope he pays his man more than 3k like the last win. 45 mil in earnings. Could've changed the mans life. 👎

With Kuchar picking up a $1.296 million check for the Mexico victory – and regular caddies normally collecting 10 percent of a win – you could understand why this might not be a great look for a guy considered one of the nicest on Tour.

So obviously Twitter warriors did the responsible thing and waited to ask Kuchar about it before rushing to judgement absolutely torched the guy.

Both people in the sport and those who watch from their couch, cursed him up and down their computer screens before Kuchar had the chance to get out an “aw shucks!”

Goodness gracious !! If so then someone is going to have to hire a Damage Control Team because this will get ugly. I still don’t think it’s true but if it is it needs to get real ugly. https://t.co/wPtpv92EIE

A lot of tour caddies were keen to see what Kuch paid his local loop, El Tucan, in Mexico after he won. I guess those suspicions about him being stingy AF were confirmed. *Extra* shitty move. Period. https://t.co/CXt80k3csL

lost all respect for #matt kuchar after hearing that he only paid his caddie $3k for win in Mexico...gross.

But whether you believe Gillis or Kuchar or something in the middle, it is really inconsequential.

The real lesson to learn in this hot-take-factory-of-a-world that social media has created is this: Don't ever get on the wrong side of an angry Twitter mob. Don't even think about it.

Just live your life perfectly for the rest of your time here on Earth and you should be just fine.

If social media can turn Matt Freakin' Kuchar into the bad guy, we're all doomed.

Nike has released some wild shoes throughout the years, but even by their standards, their rumored new golf shoe design is, um, different.

But if you’ve ever been on the course and thought you’d like your kicks to blend in better with the ground you’re standing on … well, then these are right up your alley.

According to several popular sneakerhead websites and social media accounts, Nike is set to roll out a new version of its Air Max 1 Golf shoes called “Grass,” because, well, isn't it obvious:

The shoes, which will reportedly be available in February for a retail price of $140, certainly got people talking, including our resident fashion expert, Happy Gilmore.

Take it away, Happy:

One of the funniest moments of the week came in the AFC divisional playoff game between the Indianapolis Colts and Kansas City Chiefs, when a "Key & Peele" sketch came to life before our eyes thanks to Colts defensive tackle Denico Autry.

After sacking Chiefs quarterback Patrick Mahomes, Autry drew a penalty after celebrating with a rather suggestive dance in front of the official:

When your team is losing by 1,000 you resort to taunting the refs pic.twitter.com/RqlymqtrOb

Apparently, Autry didn't learn his lesson from the legendary Hingle McCringleberry – the rookie out of Penn State.

They say honesty is the best policy. “They” must not be married.

Henrik Stenson put that theory to the test during his pre-tournament news conference at the HSBC Abu Dhabi Golf Championship this week. When asked to choose between his wife and his 3-wood, Stenson jokingly (we hope) answered: “That’s a very easy question, it would be the 3-wood.”

The 42-year-old followed it up with a smirk, saying he was “safe for now” because his wife was back in the U.S., presumably asleep with the time difference:

We're guessing Mrs. Stenson is used to her husband's unique sense of humor after being married to the man for more than a decade; but in case this one gets under her skin, just remember, it could be worse:

With all due respect to Tiger Woods' dominant 2000 season, the hottest thing in golf history happened on Zac Efron's Instagram page over the weekend.

The 31-year-old actor shared a glimpse of his vacation in Mexico with his followers, and apparently, he likes to golf, and workouts. And not necessarily in that order.

The former "High School Musical" star got in some shirtless golf with some friends on Saturday, which would be unusual for anyone who doesn't look like that. Much like Greg Norman, there's a strong possibility that Efron doesn't even own a shirt.

If, after watching that, you feel the need for more Efron in your life, he will play (a super-jacked version) of the infamous serial killer Ted Bundy in the upcoming film "Extremely Wicked, Shockingly Evil and Vile."

A nice comment on the internet? Didn't know those were allowed. Thanks, Lisa!