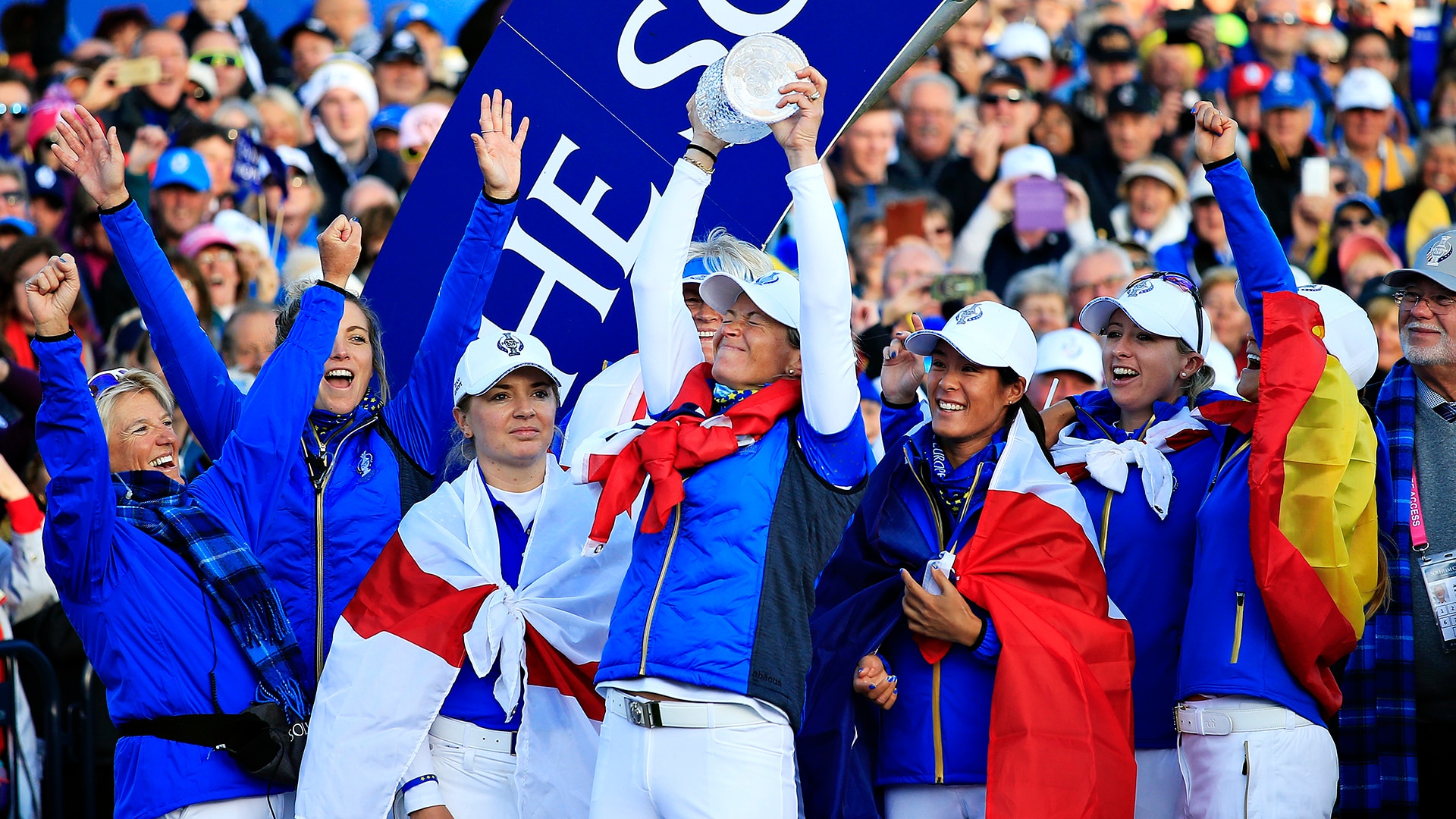 GLENEAGLES, Scotland – The sum of this Solheim Cup was greater than its parts.

That’s the magic European and American women created in their epic struggle Sunday in Scotland.

No, it wasn’t a “Who’s Who” of women’s golf, not like it was when all those stars launched the event in 1990, but who the hell cares after watching that finish at Gleneagles? There wasn’t a player there with more than two major championship titles on her resume, but the players who were there delivered a major showcase for the women’s game. They delivered the most thrilling finish you could hope for in a men’s or women’s event.

It was good for golf, period.

That’s the wonder in what these special players created in the Scottish Highlands, elevating the event’s place in the golf landscape by elevating their games.

It doesn’t matter if you are more of a PGA Tour fan than an LPGA fan; if you love golf, you loved that finish. You loved what this ancient game can do.

The hope in the women’s game is that you’ll grow to better know and love the players who engineered that drama.

That’s the possibility the 24 women who poured their hearts into Sunday’s theater created.

From Suzann Pettersen giving us the ultimate walk-off putt, to Carlota Ciganda’s and Danielle Kang’s battling in the opener, to Megan Khang halving Charley Hull in their duel in the middle of singles, there was more than one entertaining match to watch in the 12-act drama.

“For it to come down to that last game, that last putt, the crowds, you just can't get anything more exciting,” European captain Catriona Matthew said.

That first American Solheim Cup team going to Scotland in 1992 featured six future Hall of Famers who had won 146 LPGA titles and 21 majors to that point. This year’s American team had combined to win just 25 LPGA titles and three majors. There wasn’t a lot of star power to sell the event. The Americans had just Lexi Thompson (No. 3) and Nelly Korda (No. 10) among the top 10 in the world rankings; the Euros didn’t have anyone.

That’s the real upset in Sunday’s outcome. These women built on the brand, anyway. They helped to continue to elevate the event’s profile beyond any individual star in it.

U.S. captain Juli Inkster wishes the women’s game would get more of the kind of respect won in Scotland.

“I think a lot of people underestimate women's golf, and they don't give it the credit that we deserve,” she said. “But these ladies are athletes. They're amazing at what they do. And it really irks me how we always have to take a back seat, because I don't think these ladies should take a back seat to anybody.

“We have to grind for everything we do and they are why the LPGA is so successful.”

Just as the 24 players in this Solheim Cup deserve a salute, so do all the fans who turned out in Scotland.

More than 90,000 showed up this week, with a remarkable turnout in the chilling wind and cold rain on Saturday. These Scottish fans, as they always seem to be when they host big events, were a model of decorum while still adding high energy to the event.

“I've never seen crowds like that before,” American Nelly Korda said. “To have the crowds lined three people deep, almost on every fairway ... for them to really get into it and to back women's golf, it was incredible for me to see.”

The golf-loving Scots appreciated the incredible finish they got to see.

If you love golf, you did too.