With Solheim spot on the line, van Dam co-leads in Scotland 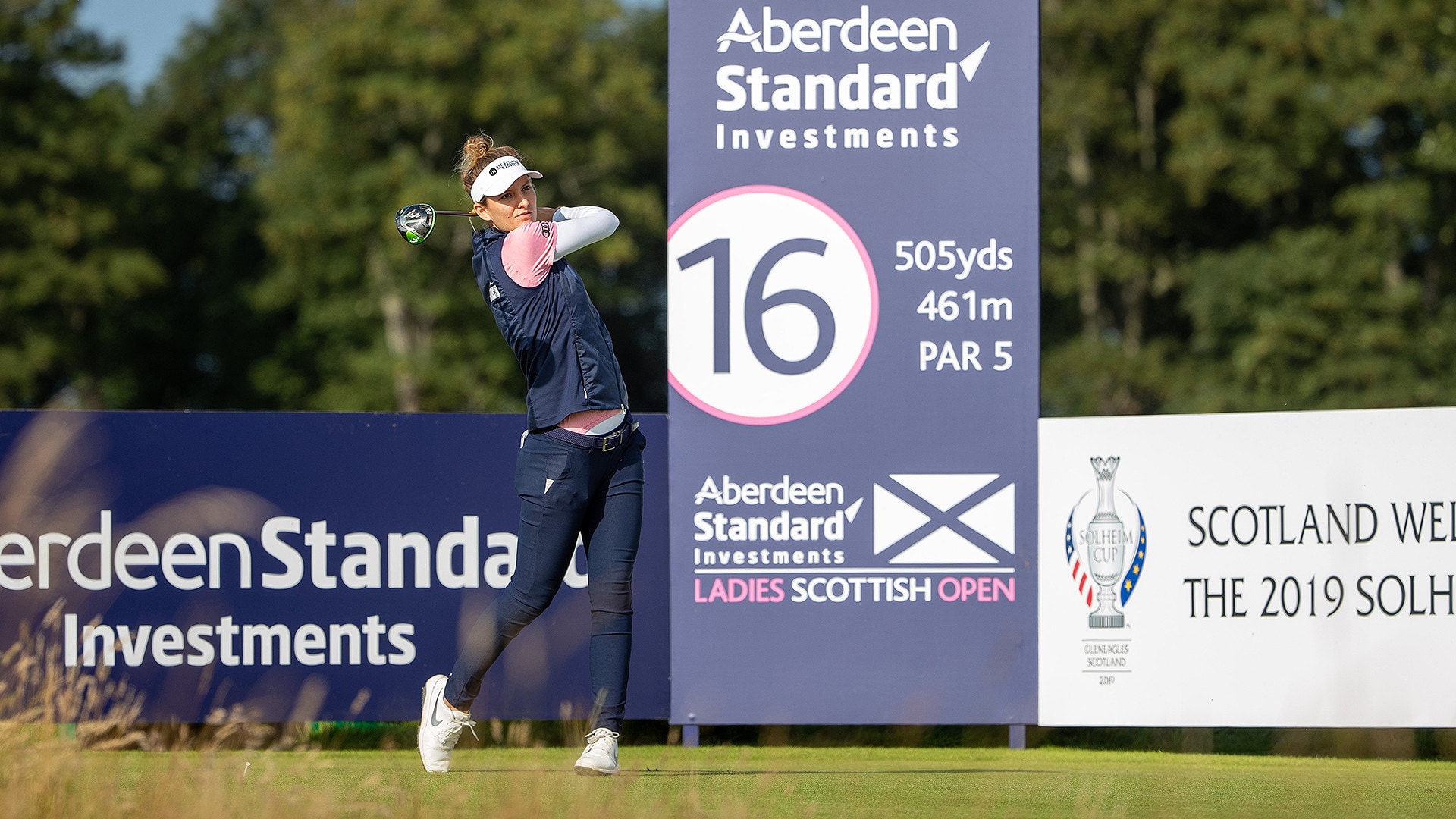 Long-hitting Anne van Dam made a strong start Thursday at securing a spot on the European Solheim Cup team.

With an 8-under-par 63, van Dam gained a share of the first-round lead at the Aberdeen Standard Investment Ladies Scottish Open, the final qualifying event for European players looking to meet the Americans next month in Scotland.

“It's a big week, final week of the points, but I've got bigger things than that,” said van Dam, who is from the Netherlands. “For me, it's important to keep playing well on the LPGA. I kind of need my points there, and I'm just looking forward to playing a solid week of golf.

“All I can control is just how I played, and play well today. So, pleased with that.”

Van Dam is trying to hold off Charley Hull, who is hot on her heels on the LET points list. Van Dam has 114 points, to Hull’s 105. There are 70 LET points up for grabs to this week’s winner, 42 points for second place, with points awarded down to 10th place (7 points).

Hull is currently within the Solheim Cup qualifying standard off Europe’s Rolex Women’s World Rankings list, but if Hull moves up to gain a spot on the LET points list, that takes priority. That would open a spot off the world rankings list (both lists are used to determine qualifying spots). France’s Celine Boutier is currently next up off the world-rankings list, but she is also on van Dam’s heels on the points list.

“There’s a lot of points up for grabs,” European captain Catriona Matthew said. “If you look mathematically, there's a lot of people who could still potentially play their way in. There's still a big pool. I'm looking at a slightly smaller one, but you have to be ready for that unexpected result.”

Van Dam is a rookie seeking her first LPGA title. She is a four-time LET winner who is the longest hitting woman in tour golf. She leads the LPGA in driving distance at 283 yards per drive. Her score Thursday was particularly impressive given who she was playing alongside. She put up that 63 playing with European Solheim Cup vice captain Suzann Pettersen, who said this week that she would like to impress Matthew enough to win a captain’s pick. Pettersen is playing just her second event after taking 20 months off for the birth of her first child.

Pettersen opened with an even-par 71.

“Suzann was probably one of my idols growing up,” van Dam said.

Boutier was also in van Dam’s group. Boutier opened with a 70 in her bid to make the European team.

If the European team were finalized off this week’s standings, Spain’s Carlota Ciganda, Sweden’s Caroline Hedwall and van Dam would make it on LET points. England’s Hull and Georgia Hall, Spain’s Azahara Munoz, Germany’s Caroline Masson and Sweden’s Anna Nordqvist would make it off Europe’s Rolex world rankings list. Matthew will fill out the roster with four captain’s picks. 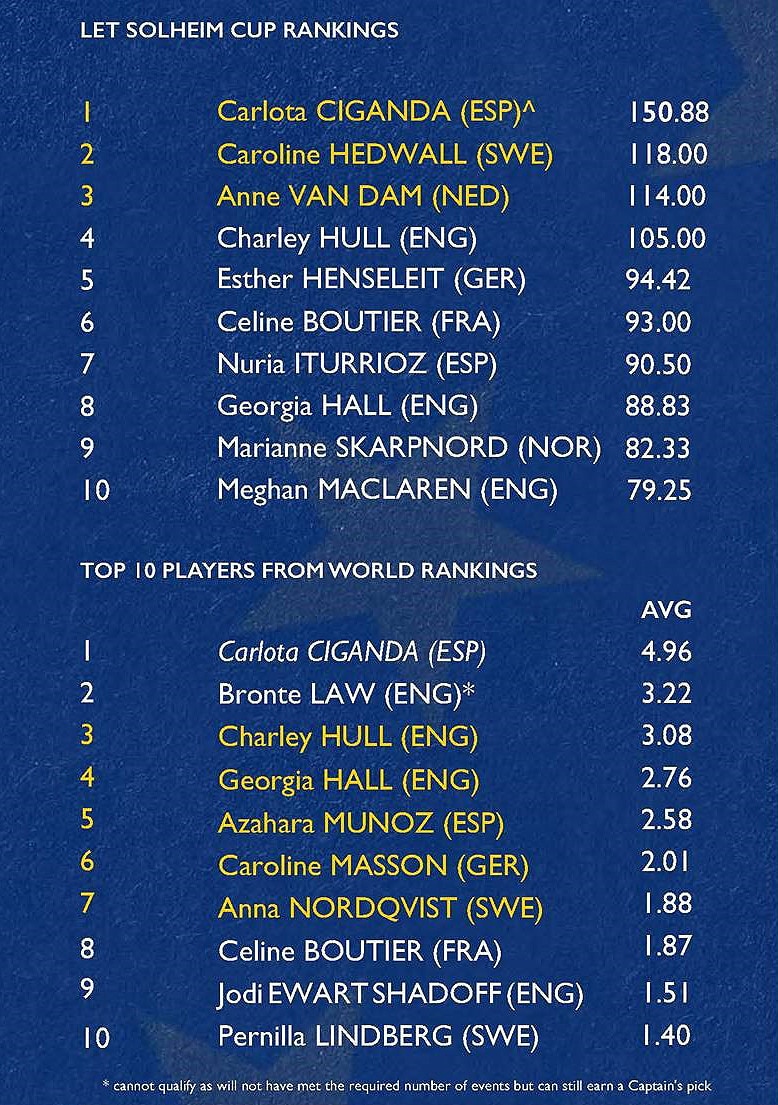 “I'm just not really thinking about it,” van Dam said. “I'm actually glad it's the final week, so everyone can stop talking about it, and we actually know where it's at.”

Van Dam acknowledged there’s a lot of excitement in the Netherlands over her run at making the European team. Christel Boeljon is the only player from the country to make the team. She did so in 2011.

“I’ve heard a lot of people are planning to come,” she said.

The Solheim Cup is scheduled for Sept. 13-15 at Gleneagles in Perthshire, Scotland. 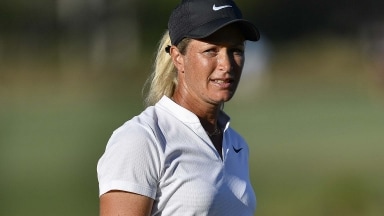 This week’s Ladies Scottish Open marks the final event for Europeans to qualify for the Solheim Cup team, and Suzann Pettersen is making a last-minute bid to make the roster as a captain's pick.