Sophia Popov not eligible for ANA Inspiration, but loving life as a major champ 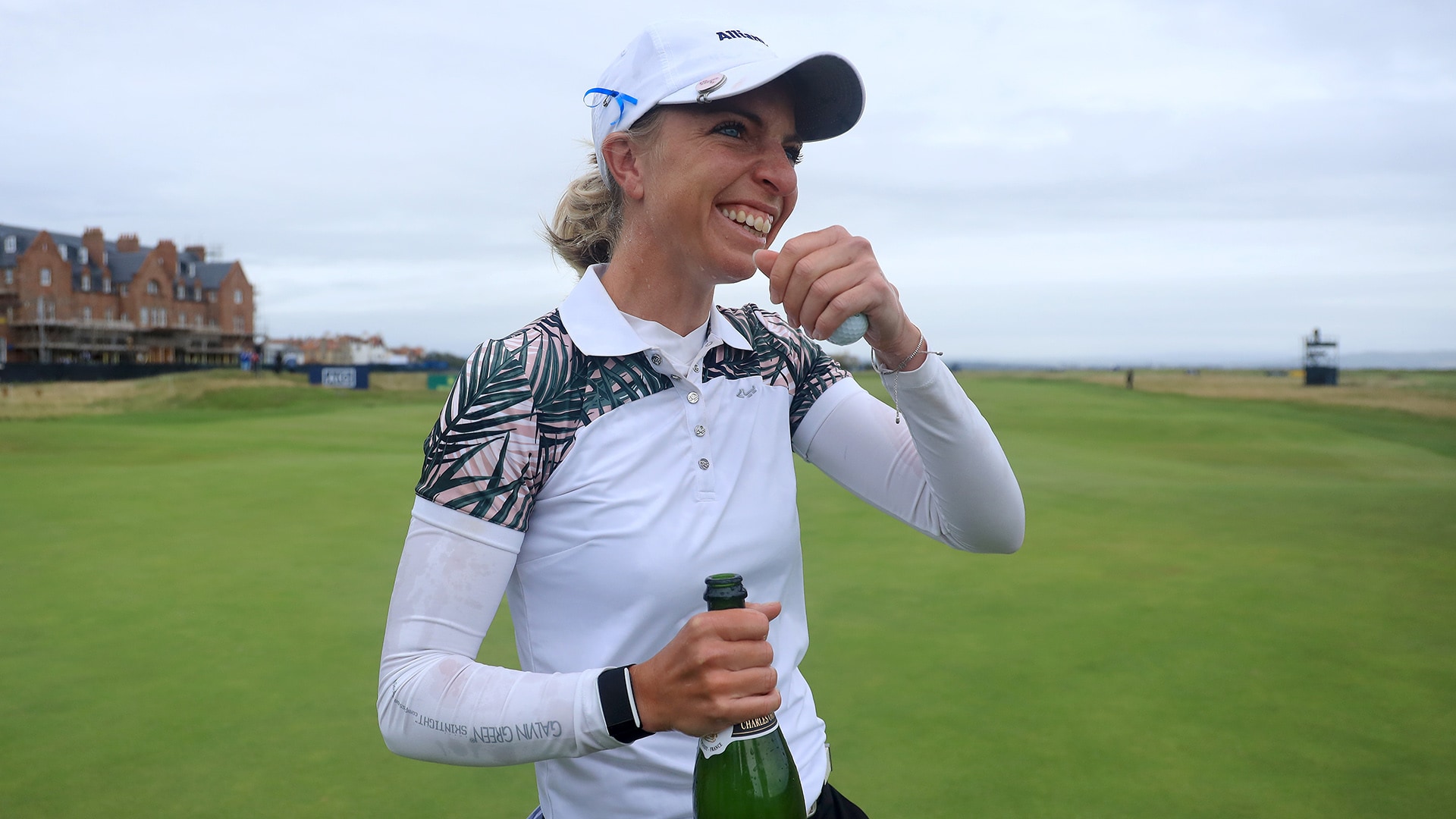 Sophia Popov would love to play in the ANA Inspiration in two weeks, to have a chance to win back-to-back major championships, but she says she understands the difficulties the coronavirus pandemic presents and why she isn’t getting a spot.

Popov, 27, a German who also has American citizenship, orchestrated one of the most brilliant breakthroughs in history by winning the AIG Women’s Open on Sunday, but it didn’t qualify her for the second women’s major of the year.

The ANA Inspiration was originally scheduled to be played in April, but it was postponed to Sept. 10-13, with the season put on pause for five months amid the pandemic. The field’s exemption standards are set, and as a non-member, Popov’s winnings Sunday at Royal Troon do not count as official, preventing her from qualifying in the only remaining avenue open to the ANA.

“It’s a disappointment to me, definitely, because you always feel like the previous major champion should probably play in the next one,” Popov said in a conference call Wednesday from Cologne, Germany. “But considering the year, just being the weird year it was, with the majors postponed, I think everyone is in a very tough position. I think the decisions being made are there just to be fair to all the other players.”

Popov was informed shortly after winning her first tour event that she wasn’t qualified for the ANA. She said Wednesday that she isn’t aware of any effort to amend the exemption standards to allow her to play.

“I’ve got a lot of Twitter feedback,” Popov said. “People can’t believe I am not playing. It is what it is. I’m at peace with it. It’s nothing I’m that mad about. It gives me another week off. I’d love to play, but it’s fine.”

Popov earned a five-year LPGA exemption with Sunday’s victory. She’s eligible to begin taking that up at the Cambia Portland Classic in three weeks, and she plans to do so.

Popov won the AIG Women’s Open as a Symetra Tour player with no LPGA status. She’s quite the inspirational story, having battled complications of Lyme Disease for the better part of five years. She lost her LPGA membership last year, then failed to win it back at Q-Series, falling short by a single shot. She was No. 304 in the Rolex Women’s World Rankings when she arrived at Royal Troon last week. She soared to No. 24 with the victory.

“It’s just been whirlwind,” Popov said of the 48 hours following her win. “I can’t keep up with all the messages I have been getting.”

The messages included an encouraging one from Catriona Matthew, the European Solheim Cup captain. Popov called making the team “her biggest dream.” She plans to take up Ladies European Tour membership.

Popov is now the second highest ranked European in the Rolex rankings, behind only No. 17 Carlota Ciganda.

“You can’t quite fathom what happened Sunday,” Popov said. “Not in my wildest dreams did I think I was going to go to Scotland and come back with this trophy.”

Popov has been enjoying the silver jug. She said it was filled with beer shortly after the victory, and it’s been filled with champagne more than once in her return to Germany, where she’s enjoying time with her boyfriend/caddie, Maximilian Mehles. Popov was born in the United States but was raised in Germany. 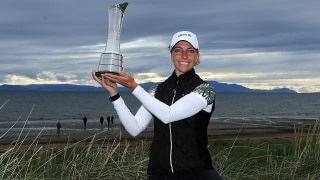 Just three weeks ago, Popov was caddying for her friend, Anne van Dam, in the LPGA’s restart amid the pandemic, at the Drive On Championship. A week later, she unexpectedly got into the field at the Marathon Classic, after the LPGA was unable to fill its field with LPGA members. Her top-10 finish at Marathon earned her an AIG berth as part of a special-event qualifier within the tournament.

Popov said the challenges she faced last year made her seriously re-evaluate her place in the game.

“I was going to hang it all up and say maybe this is not the way my life is supposed to be going,” Popov said. “At the end of last year, I did look into other options, like maybe going into broadcasting. That’s been my post-golf dream since I graduated from college. I was seriously debating it.”

Her triumph is an inspiration to other players who feel at wit’s end.

“It’s really hard to quit,” Popov said. “You think, ‘What if? What if there’s that little chance something can change?’ And, honestly, with COVID, that was another serious damper on everything. At that point, I was going to have to play the Symetra Tour for two whole years. It was a very, very serious consideration. That’s why this means so much more to me than if this happened three or four years ago. 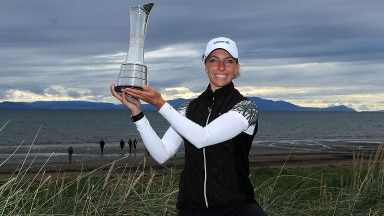 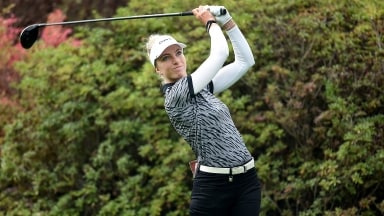 Popov's one major expense and her major return

Sophia Popov is saving the bulk of her Women's Open winner's share. But there was one thing she really, really wanted.