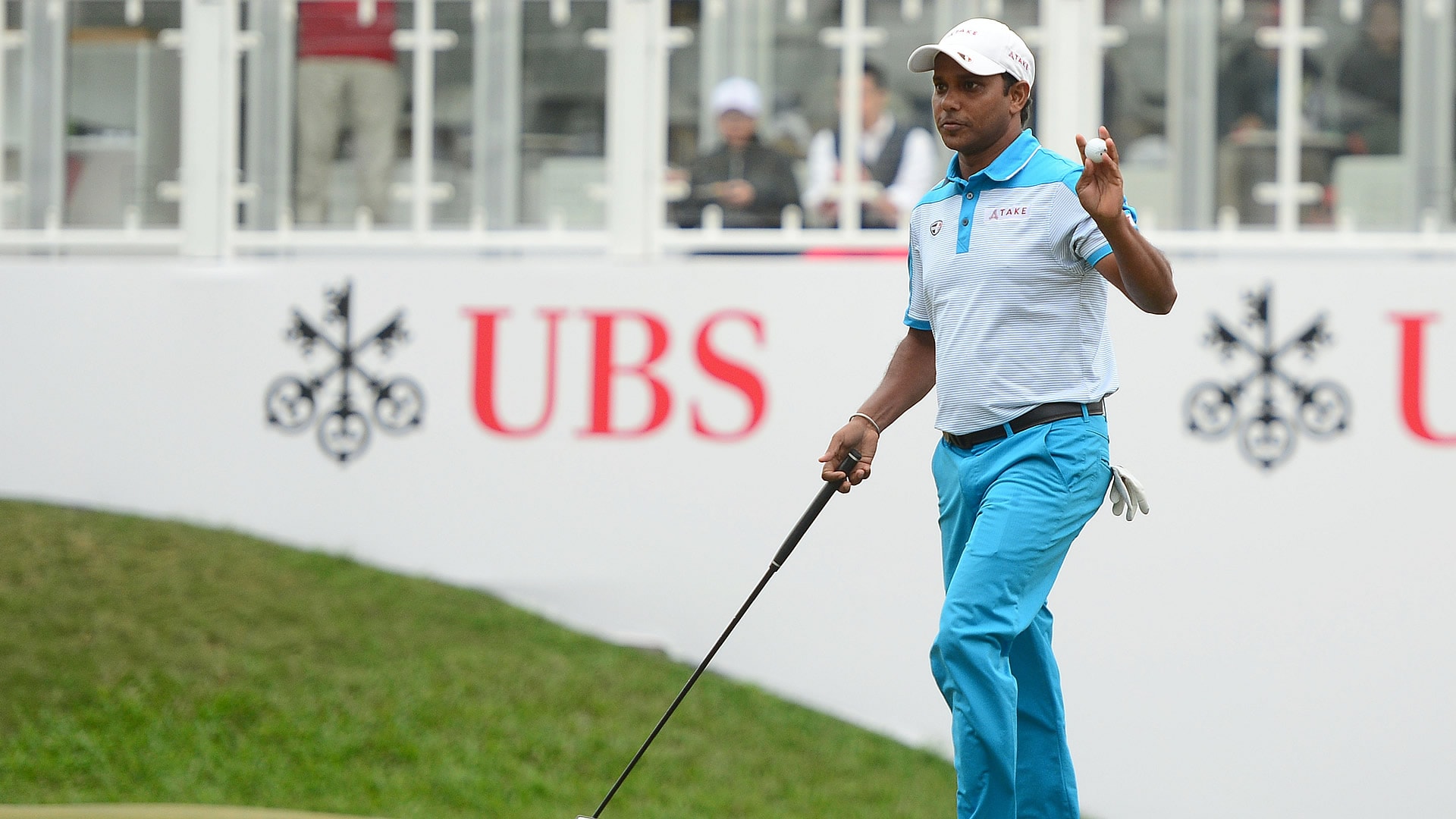 HONG KONG – S.S.P. Chawrasia extended his lead at the Hong Kong Open to two strokes Friday after a 4-under 66 in the second round.

Chawrasia, who had led by one at the Hong Kong Golf Club, is at 9-under 131 overall and took as much as a five-stroke lead at one point.

''Yesterday I was putting very well, and today, also I make some up and downs. I saved a couple of short putts. That's why I think I'm leading by two shots most probably,'' the Indian said. ''The next two days, I'm just looking forward.''

Aiken's round was the lowest of the tournament.

''It is tough out there. The greens are really firm. You've got to hit the fairway,'' Aiken said. ''If you get above the holes, putts can get away from you.''

Justin Rose (69) had six birdies, but three bogeys and a double-bogey at the par 3 12th kept him at 3 under for the tournament.

Masters champion Sergio Garcia (71), playing for the first time in Hong Kong, was at even par, as was defending champion Sam Brazel (71) and 2014 champion Scott Hend (67).

''I have to play better,'' Garcia said. ''The way I felt like I played, it's difficult. This kind of course, you need to play well to shoot a good score.''