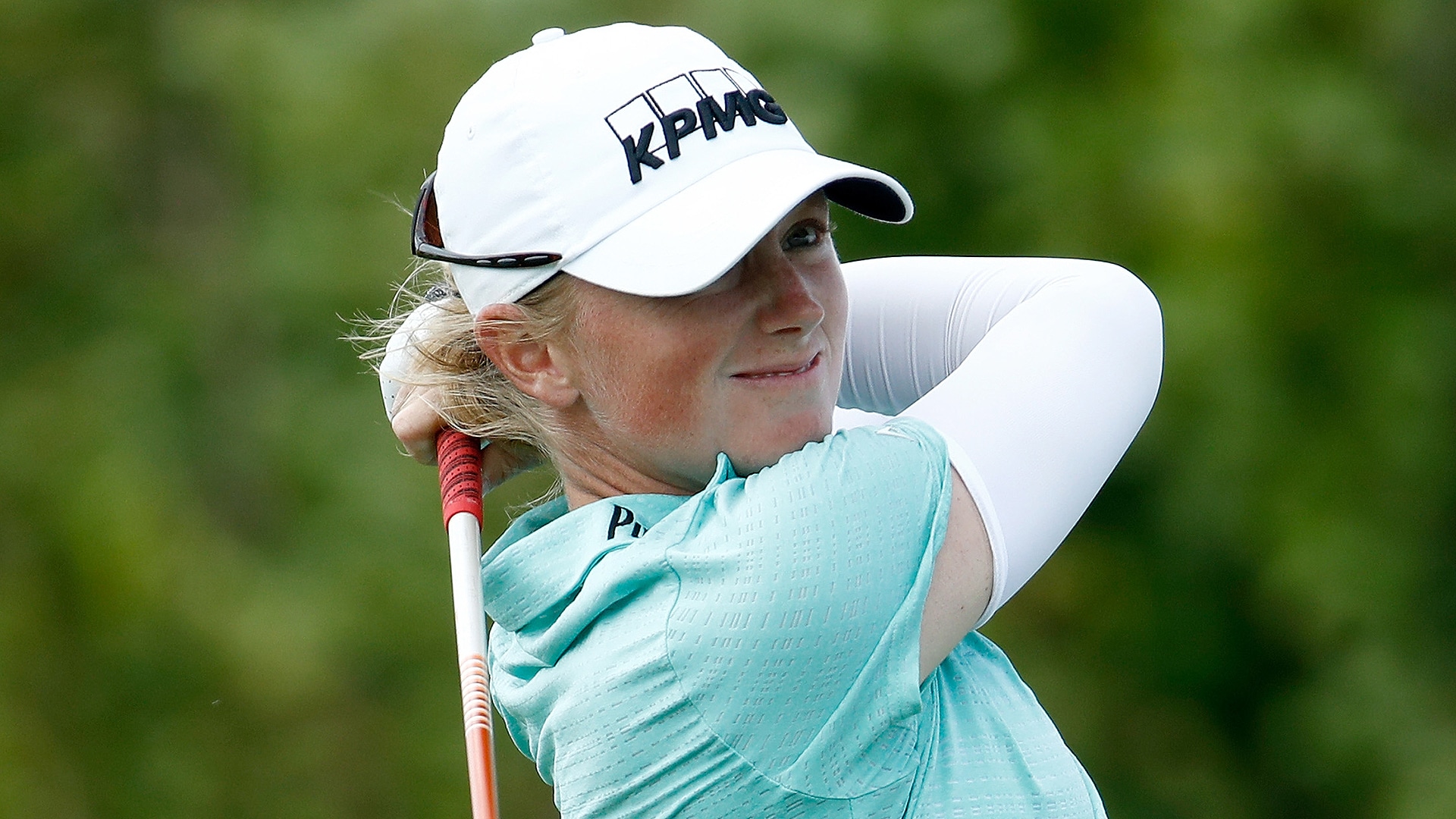 The 12-time LPGA winner confirmed after Thursday’s first round of the Mediheal Championship that she and her husband, University of Houston women’s golf coach Gerrod Chadwell, are expecting their first child on Nov. 3.

Lewis learned she was pregnant after returning home to Houston in late February following her withdrawal from the HSBC Women’s World Championship with a strained oblique muscle.

“We're obviously really excited,” Lewis said. “It wasn't nice I was hurt, but it was nice that I was home when I found out with [Gerrod]. We're just really excited to start a family.”

Lewis is the third big-name LPGA player preparing this year to become a mother for the first time. Suzann Pettersen announced last month that she’s pregnant, due in the fall. Gerina Piller is due any day.

Piller’s husband, PGA Tour pro Martin Piller, withdrew from the Zurich Classic on Thursday to be with her. Piller and Lewis have been U.S. Solheim Cup partners the last two times the event has been played.

“It's going to be fun raising kids together,” Lewis said. “Hopefully, they're best friends and they hang out. But just excited about the next few months and what it's going to bring.”

Lewis, a former Rolex world No. 1 and two-time major championship winner, plans to play through the middle of July, with the Marathon Classic her last event of the year. She will be looking to return for the start of the 2019 season. The LPGA’s maternity leave policy allows her to come back next year with her status intact.

“This year, the golf might not be great, but I've got better things coming in my life than a golf score.” Lewis said. “I plan on coming back and traveling on the road with the baby, and we'll figure it out as we go.”