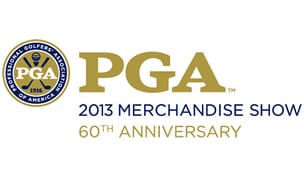 ORLANDO, Fla. – Bifurcation, anchored putting and growing the game of golf were all on the agenda for the State of the Industry forum on Friday, featuring nine industry leaders taking part in a roundtable discussion at the PGA Merchandise Show.

As one of the game's biggest hot-button topics, bifurcation dominated much of the debate, with some of the game's heavyweights weighing in on whether there should be two sets of rules – one for professionals and one for amateurs.

'As I said the other day in San Diego, generally it's nice to think that the Rules of Golf can be the same for everybody,' PGA Tour commissioner Tim Finchem said. 'You like to think that the participants in the sport can appreciate when they look at the elite players, because they are playing by the same rules; they have an affinity to the elite players. But I don't think that gets eroded from time to time if you were to bifurcate in certain situations.?

'College football is the same. Even though you only have to have one foot in, it's still the same game.'

'In general I trust the USGA and R&A,' explained LPGA commissioner Mike Whan. 'I know when an outsider looks at me and has a question about a tournament format, it's easy on the outside to look in, but we live it every day. I know the USGA and R&A are not just talking about anchoring the putter; they are looking at it in a long term and to trust the rules and hope we can keep the same rules for quite a bit longer, I think it's a better amateur experience.'

Those in favor of bifurcation believe it's a world in which we already live.

'It's not coming; it's here,' TaylorMade CEO Mark King reiterated. 'We already live in bifurcation. We already do. Nobody plays by the exact Rules of Golf on Friday afternoon with their buddies.? So I think it's about time that we realize what we have, we have elite players that need a set of rules and we need to create an environment where people want to come in and enjoy this great game, whether it's one foot in the end zone or two feet, we need to create that environment for people.'

As for anchoring, PGA of America president Ted Bishop restated his stance on wanting to keep it a part of the game.

'The thing that's frustrating on our end is that this is such a polarizing subject,' Bishop maintained. 'It was really almost a 50/50 split of those that were either opposed to the ban on anchoring or who were undecided versus those that were in favor of it.? You know, it's been our charge as an association to be the ones to grow the game. And quite honestly, you've seen the statistics, you've seen how the numbers have decreased year in and year out for a variety of reasons.

'And I think the PGA of America and our members are of mindset that anything that is done in the game today, that would legislate the loss of one player, one round of golf or that would create any kind of a trend is a very frustrating thing for us and for the facilities that we represent.'

Among other topics was the predicament of some world-class courses becoming obsolete at the elite level due to players hitting it higher and longer than ever before.

'?I think one of the saddest things I've seen in the time that I've been at this level,' said newly appointed PGA of America board member Dottie Pepper, 'is that we are seeing places like Merion become really in the rearview mirror of championship golf and places where the game has been born and where American golf and golf worldwide have such great tradition and such great history really become that history.'