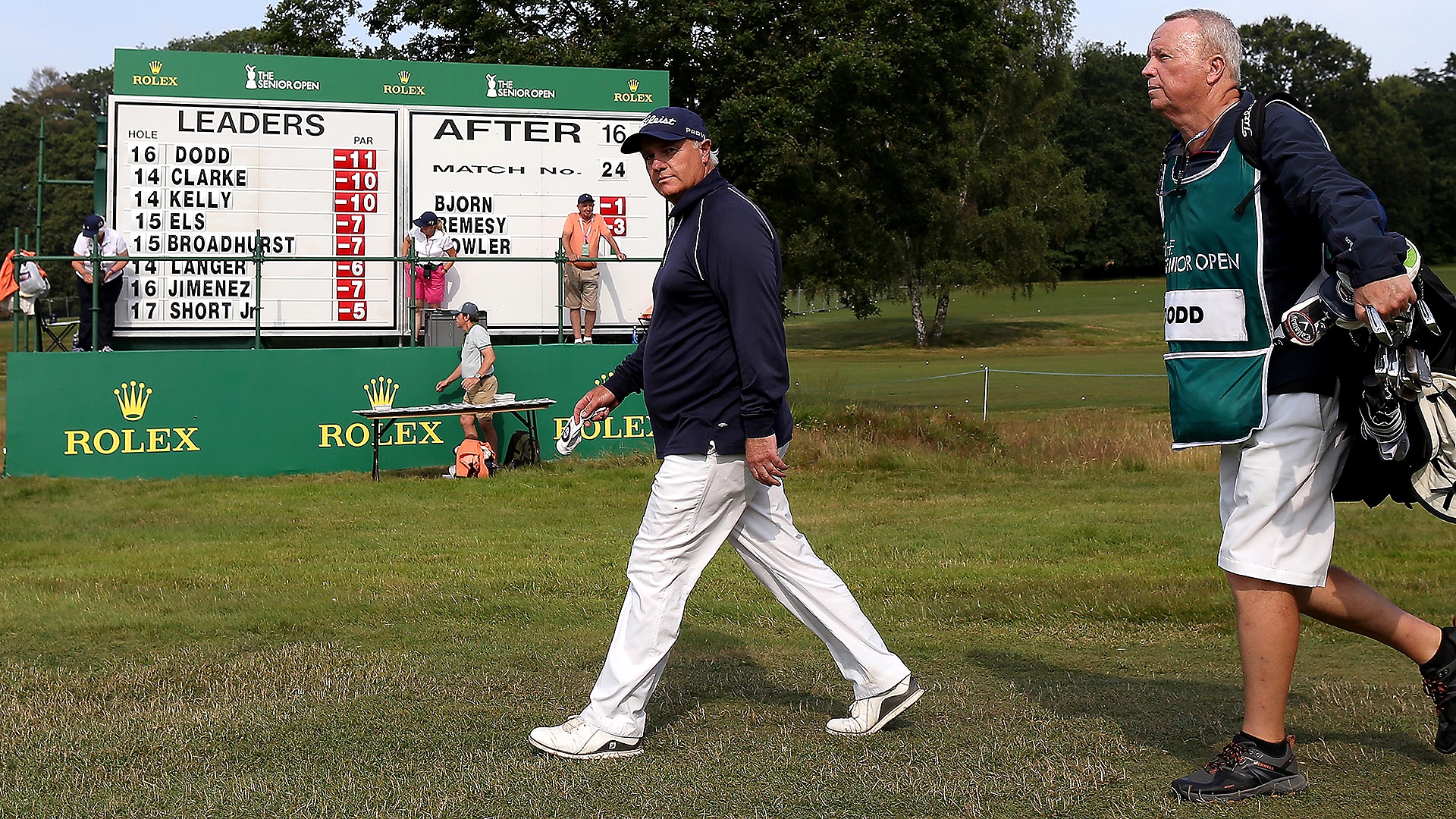 SUNNINGDALE, England – Stephen Dodd shot an outstanding 8-under 62 to take a two-stroke lead after three rounds of the Senior Open Championship on Saturday.

The 55-year-old Welshman made four birdies on the first five holes and nine on the day at Sunningdale. He dropped a shot on the 10th, but his otherwise stellar performance had him on 11-under 199.

Jerry Kelly, 54, was two shots back after carding a 68 and Day 2 leader Darren Clarke (70) slipped three strokes off the lead in the final senior major championship of the year.

Defending champion Bernhard Langer (70) was four shots off the pace with Miguel Angel Jimenez (67) and Paul Broadhurst (69). Broadhurst won in 2016 and was runner-up in 2019.

Jimenez began his third round by holing his second shot on the par-5 first for an albatross.

The 63-year-old Langer won in 2019 at Royal Lytham & St. Annes for his fourth victory in the event. The 2020 tournament was canceled because of the coronavirus pandemic.

Dodd, a three-time European Tour winner, made his senior debut at The Senior Open in 2016, when he had his best finish at the event – a share of 14th place.

The Welshman, who won his first professional title at the 1992 Austria Open, is a three-time winner on the European Senior Tour. His last victory was on his 52nd birthday when he finished off a wire-to-wire victory at the Winston Senior Open in Germany.

Kelly, who leads the Schwab Cup, has yet to post a top-10 in this three Senior Open appearances. 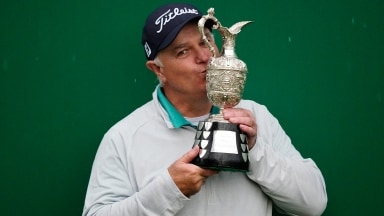 After shooting a record low 62 on Day 3 of the tournament, Stephen Dodd finished off the win for his first major victory.

Thongchai Jaidee has shot a 6-under 66 to take the outright second round lead at the Dubai Desert Classic.