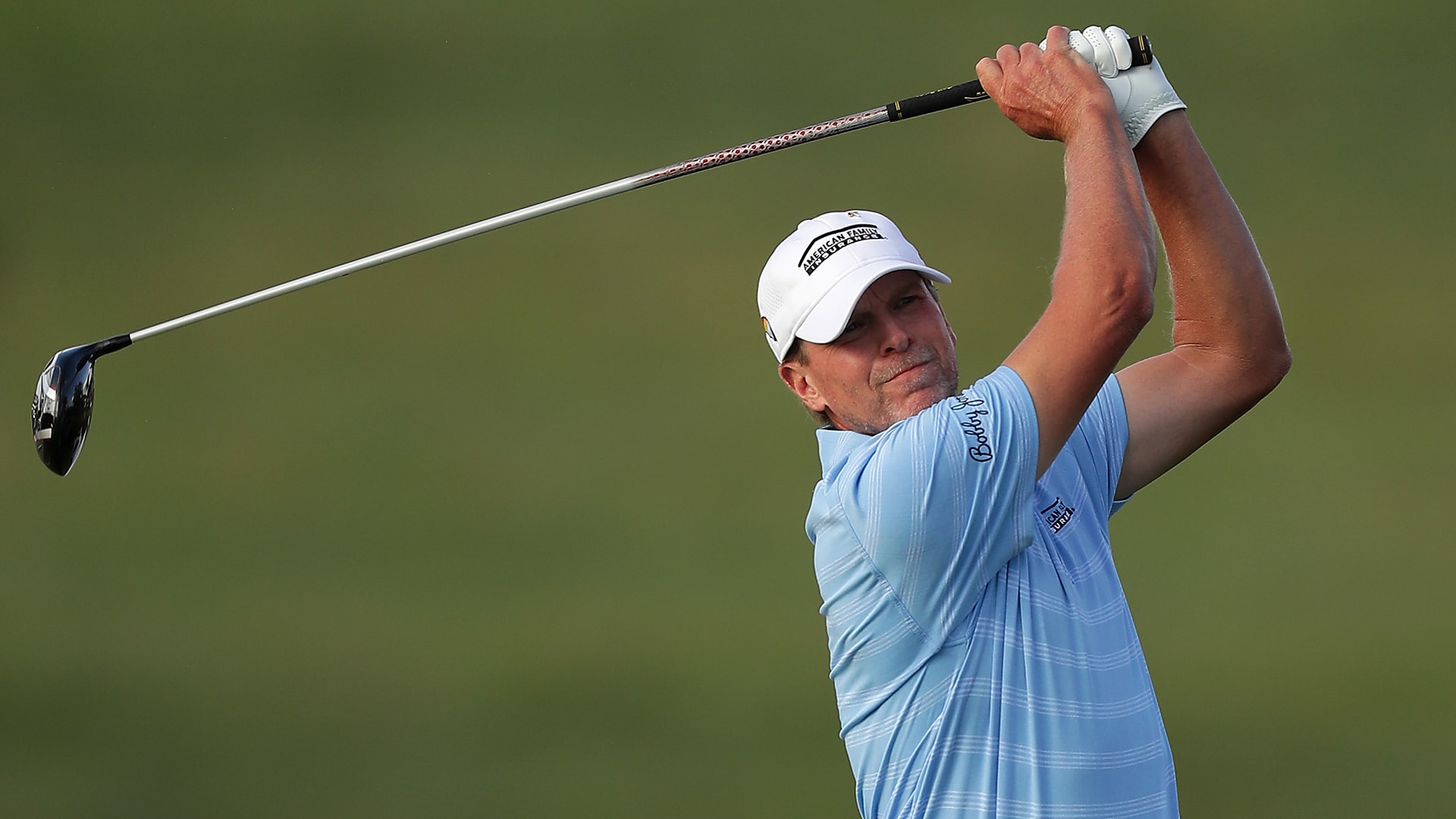 BIRMINGHAM, Ala. – Steve Stricker ran away with his first senior major, closing with a 4-under 68 for a six-shot victory at the weather-delayed Regions Tradition.

Stricker led by two shots heading into the final round at Greystone's Founders Course and went bogey-free on Monday, finishing at 18-under 270. It was the fourth win in 18 PGA Tour Champions starts for the Ryder Cup captain, who continues to play regularly on the PGA Tour.

''This is special,'' said Stricker, wiping tears from his eyes during a TV interview. ''I get emotional. I hate this part. I never was able to win one of these on the regular tour. It means a lot. We work hard, we try to do the right things and work on my game, and you come out here hoping to play well and hoping to win. But, you know, it's tough out here.

''These guys play well and I feel more pressure out here at times to perform than I do on the regular tour, and I think that's just because I put a lot of expectations on myself out here.''

His celebration was muted: a single pump of his left fist followed by hugs with his caddie and Bernhard Langer.

Billy Andrade, Paul Goydos and David Toms tied for second, but no one challenged Stricker down the stretch. Goydos closed with a 70 while Andrade and Toms shot 72.

Toms missed a birdie putt on No. 18 that would have given him second place alone.

The fight for the title was over long before that.

Stricker won 12 times on the PGA Tour but never captured a major. His best chance came at the 1998 PGA Championship, when he finished second to Vijay Singh. Stricker was runner-up to Miguel Angel Jimenez at last year's Regions Tradition.

He's scheduled to compete at the PGA Championship later this week at Bethpage Black.

Langer, who won the Regions Tradition in 2016 and 2017 among his 10 senior majors, began the day two shots behind Stricker but faded with a 75. He was trying to join Jack Nicklaus as the only player to win the Tradition more than twice. Nicklaus won four times from 1990-96.

Stricker expanded his lead to six strokes with three birdies on the front nine. He chipped in at No. 4 and made his last birdie at the par-5 13th with an approach to within a few feet.

Even with the win well in hand, Stricker spent a couple of minutes pondering his approach on the par-5 18th before he set up an easy two-putt par.

Stricker flirted with trouble when his tee shot on No. 16 missed right, but it bounced off a tree and nearly made it back onto the fairway.

He delivered a shot from the bottom of a slope over trees and onto the green to save par - even though by then, a bogey wouldn't have hurt him much. 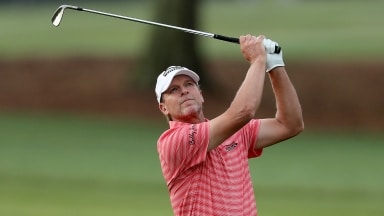 The final round of the Regions Tradition barely got underway before play was suspended because of thunderstorms. The first senior major of the year will finish Monday. 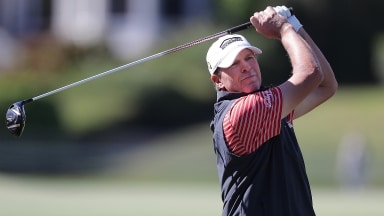 Steve Stricker birdied the final hole for a 2-under 70 and held onto the lead Saturday after three rounds at the Regions Tradition, with Bernhard Langer among three players two strokes back. 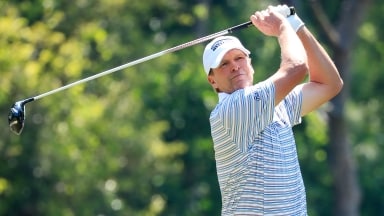 Steve Stricker completed a 4-under 68 in the delayed first round and shot a season-best 64 in the second Friday to take a two-stroke lead in the Regions Tradition.