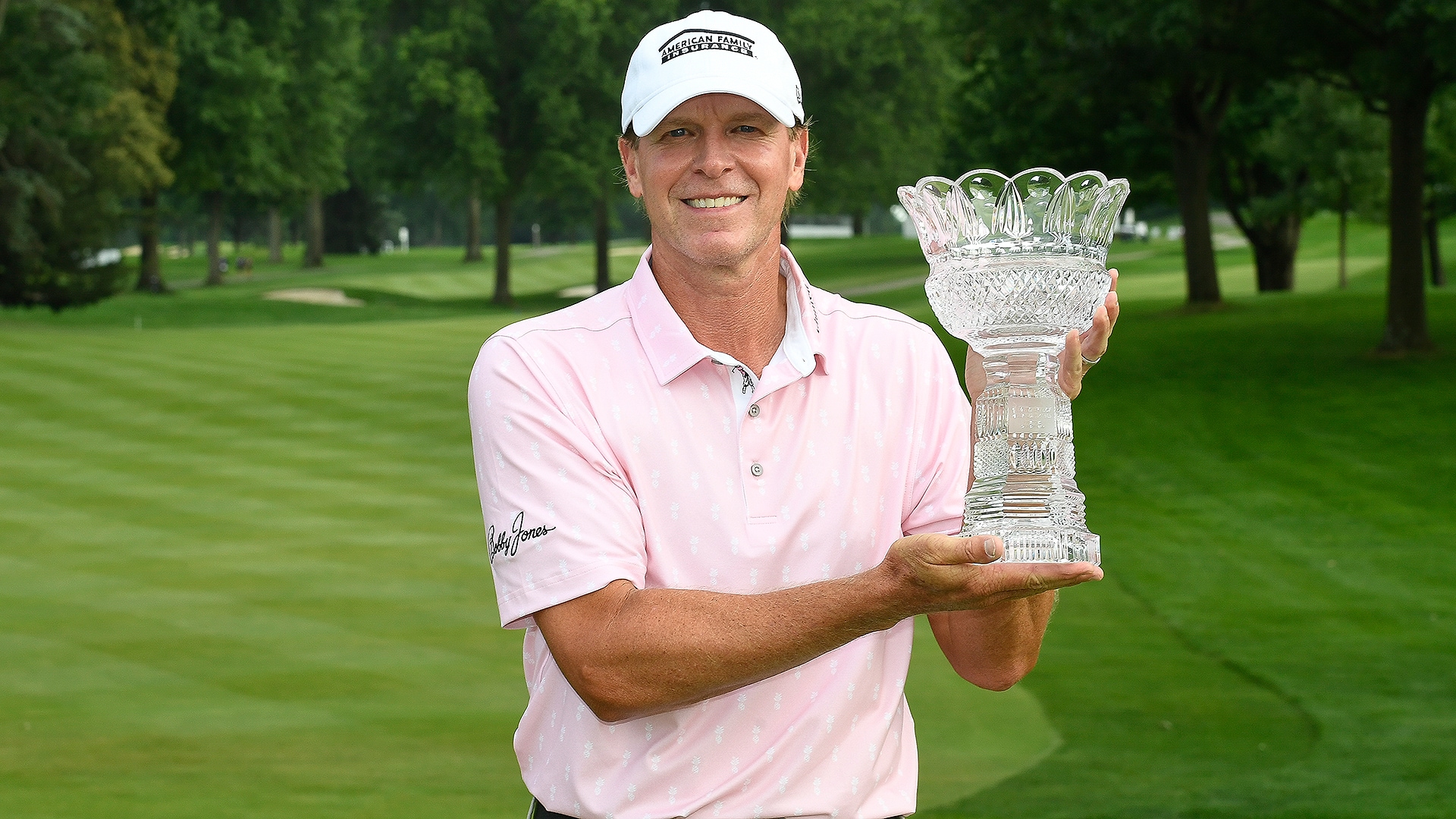 AKRON, Ohio — Steve Stricker won the Bridgestone Seniors Players Championship on Sunday at difficult Firestone for his second victory of the year and third major title.

Eight strokes ahead in the third round and four in front entering the final round, Stricker closed with an even-par 70 for a six-stroke victory over defending champion and Wisconsin friend Jerry Kelly.

Stricker finished at 7-under 273 on the South Course. The U.S. Ryder Cup captain opened with a 63, shot 68 in the second round and 70 in the third.

Kelly bogeyed four of the last five holes in a 72. He was coming off a victory two weeks ago in the American Family Insurance Championship, the tour event that Stricker runs in their hometown of Madison, Wisconsin.

Stricker rebounded from a bogey on the par-4 fourth with birdies on the par-4 sixth, par-3 seventh and par-4 ninth to make the turn at 9 under. He dropped strokes on the back nine on the par-4 11th and 13th.

The 54-year-old Stricker earned a spot in The Players Championship at the TPC Sawgrass next March. He has has seven senior victories after winning 12 times on the PGA Tour. 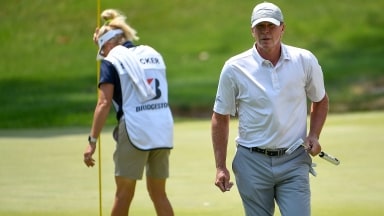 Steve Stricker looked to be running away with the Senior Players, but he still holds a four-shot lead. 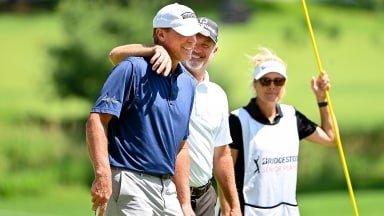 Steve Stricker shot 7-under 63 Thursday to take a four-shot lead at the Senior Players Championship at Firestone.