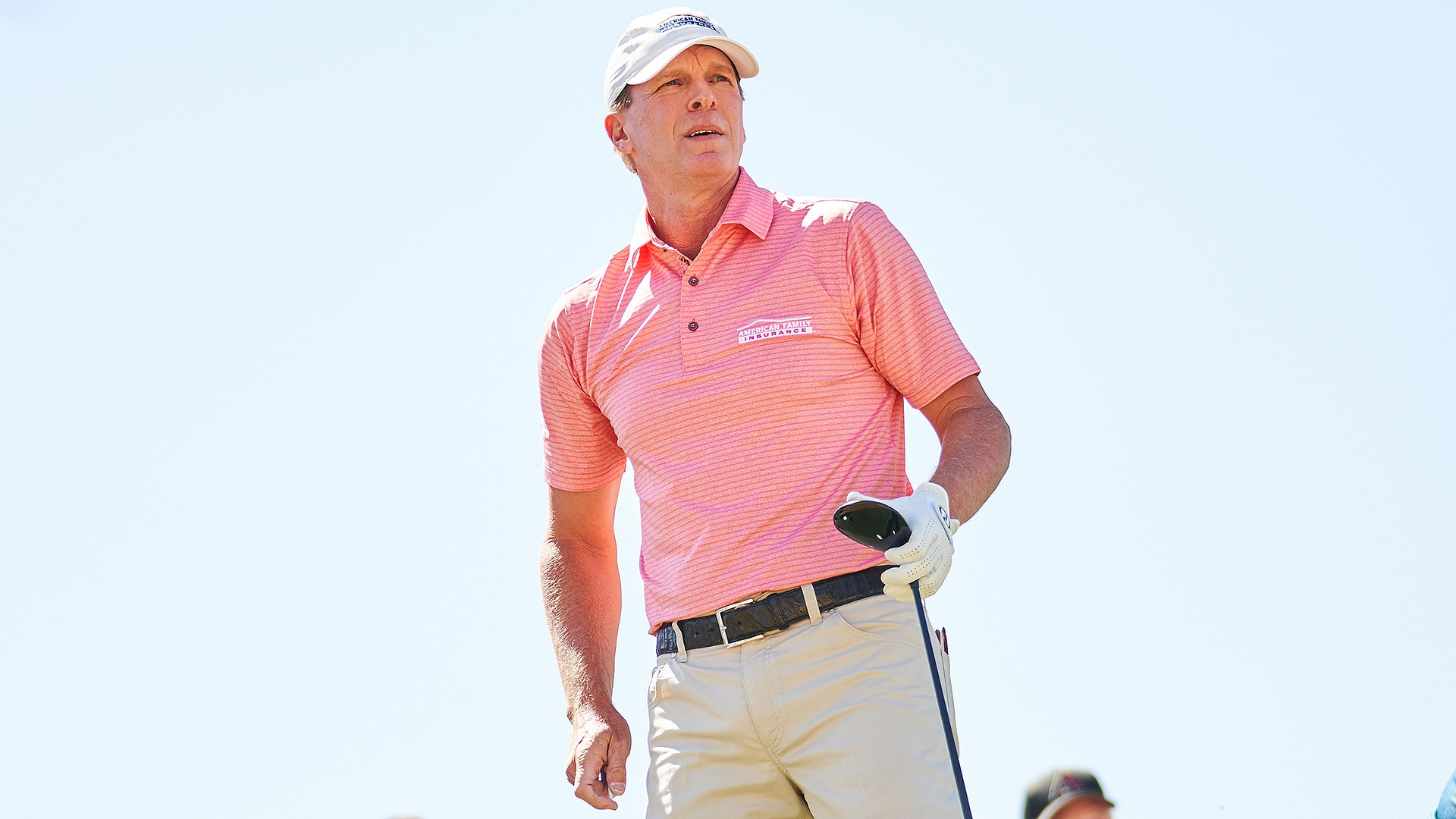 TUCSON, Ariz. – Steve Stricker lost the Cologuard Classic lead Saturday when he drove into the water on the par-5 18th in a closing double bogey.

A year after losing a chance to win the event in his PGA Tour Champions debut when his 3-wood went left into the water on the final hole, Stricker did it again Saturday.

''Pulled it poorly, pulled it 20 yards left of where I hit it in the water last year,'' Stricker said. ''It was close again, but just too far left. It just doesn't set up very well for me, that hole. Struggling to try to get it in the fairway.''

Stricker ended up with a 3-under 70, leaving him a stroke behind Tommy Tolles with a round left on Omni Tucson National's Catalina Course. Tolles bogeyed the 18th for a 70 after following Stricker into the water.

''I had my moments again today, good and bad, and for the most part it was more good than bad,'' Tolles said. ''I did not putt near as well.''

Stricker also hit into the water on the par-3 fourth for a double bogey.

''Made two doubles. Other than that, I played OK again,'' Stricker said. ''Just finishing with a double, three-putting 17 for par and then doubling 18 doesn't sit so well with me right now. But I'm still in a good spot heading into tomorrow, so got to look at the bright side and try to get a good night's sleep and try to come out tomorrow and not make any mistakes.''

The 50-year-old Tolles, making his eighth start on the senior tour, had an 11-under 135 total.

''Tomorrow is just another day,'' Tolles said. ''You can't really play any hole like it's more important than the previous one. Yes, when you get down to the end, if you need a birdie you have to play it differently than you normally would. If you need to make a par, bogey, triple, whatever it is. When I play the first hole, I'm going to hit it just like I did on Thursday, second hole, just like I did on Thursday, until they tell me I can't play anymore.''

''My day was pretty inconsistent, but I didn't shoot myself in the foot,'' Dunlap said. ''We hung in there and my partners didn't go crazy, although they did a little better than I did. So, live to fight another day.''

Mike Small, the University of Illinois coach playing on a sponsor exemption, followed his opening 66 with a 73 to drop into a tie for 10th at 7 under. Lehman was 3 under after a 72, and Bernhard Langer had a 77 to drop to 1 under.