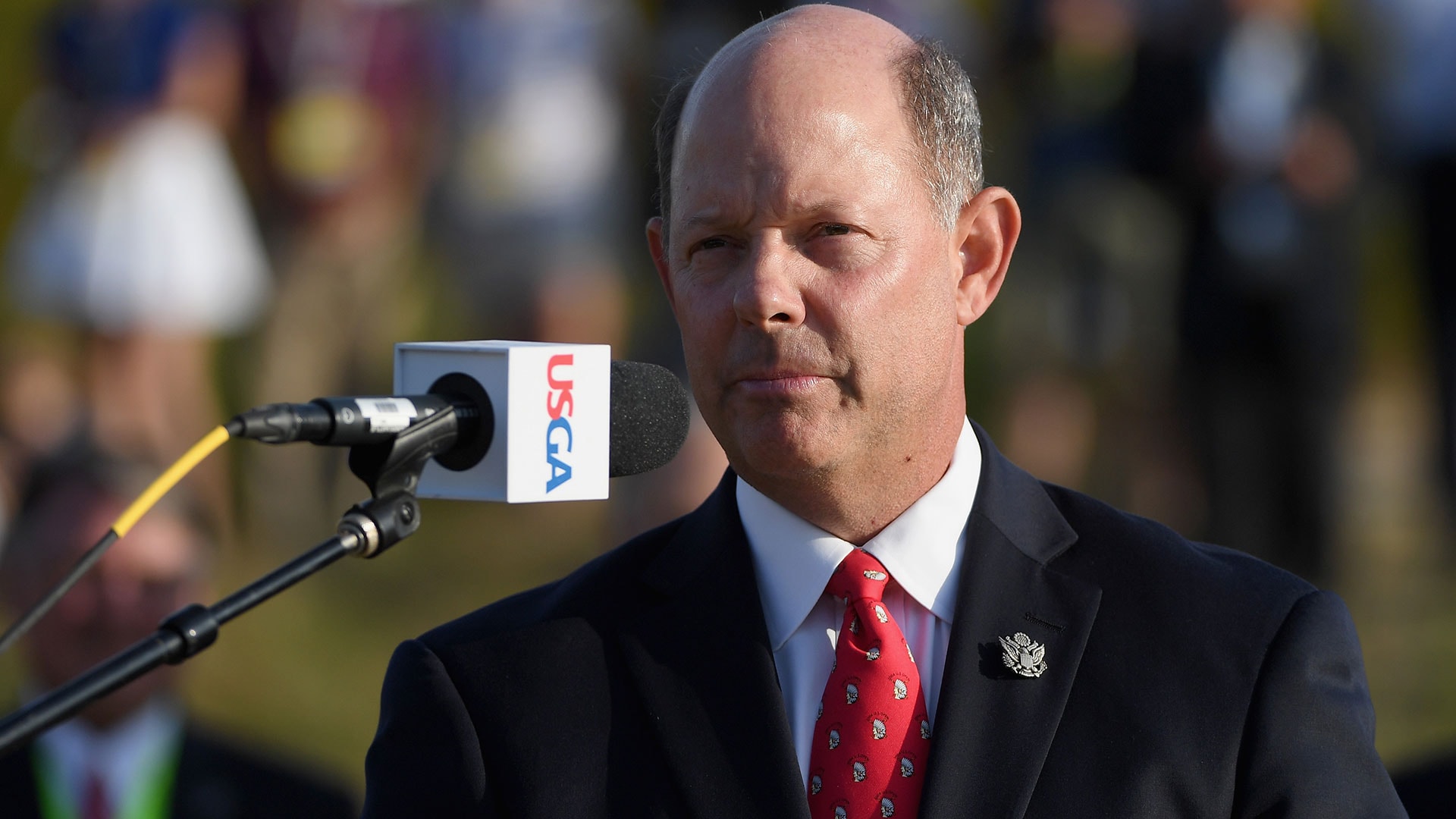 Through two rounds, Shinnecock Hills was double trouble in the best kind of way.

It was a hybrid in the most appealing sense of golf course architecture’s ancient allure and its modern defenses.

Halfway through, the USGA was nailing the setup, with Dustin Johnson the only player under par in one of the toughest but fairest tests in recent U.S. Open memory.

This looked like it was going to be remembered as USGA CEO Mike Davis’ masterpiece, but even a Sunday to remember couldn’t trump a Saturday to forget.

Sunday’s drama - with the history Brooks Koepka made becoming the first player in three decades to win back-to-back U.S. Opens, with Tommy Fleetwood’s 63 equaling Johnny Miller’s final round record - could not restore faith being lost in the USGA’s ability to set up and manage this championship.

This U.S. Open ended with footnotes the size of headlines.

The issues arising Saturday with the USGA losing control of the course raised even more troubling questions about why this organization’s heavy hand can’t seem to avoid becoming as much a part of the story as the competition.

The controversy that was ignited Saturday when Phil Mickelson intentionally incurred a two-shot penalty by making a putting stroke on a moving ball also raised questions about the organization’s ability to fairly administer its own rules.

It’s a shame, because Davis has some good ideas.

His reimagined vision of this championship as the “ultimate test” makes sense as a better and more complete event. His ideas are designed to identify the game’s most complete player on America’s best courses better than any other major.

This year’s failure in the wake of the ’04 debacle at Shinnecock Hills is especially worrisome. Davis vowed it wouldn’t happen again. Somehow, some way, he let it happen again.

Maybe the old standards we’ve come to judge the U.S. Open upon are too high, impossible to meet with today’s more athletic player, high-tech coaching and space-age drivers, shafts and balls.

Nobody ever protected par better than the USGA, but maybe par can’t be properly protected anymore, without tricking up a course.

Because if USGA officials can’t make its exacting formula work at an architectural treasure like Shinnecock Hills, where they had it absolutely perfect for two days, you wonder if they can make it work at all.

The testament to how the USGA was nailing its formula wasn’t in what we heard the first two days. It was in what we weren’t hearing. Only one player was under par through Friday, but there wasn’t a complaint to be heard in the locker room or on the range.

They were wiping the smiles off players’ faces without infuriating them.

In that regard, the USGA was delivering a miracle.

The wonderful appeal Shinnecock Hills held as a U.S. Open/British Open hybrid at week’s start ended up being twisted into something else by week’s end. It stood as a symbol of the championship’s confusion over its proper identity.

Even with Sunday’s compelling storylines unfolding, players were still frustrated over setup.

Saturday was over the edge, with Davis admitting “there were parts of this, simply put, that were too tough.” He said winds were stronger than expected, but the winds weren’t that much different than were forecast.

That turned Shinnecock Hills into Jekyl and Hyde on the weekend.

They weren’t alone, even though the weather wasn’t as dramatically different as the scores would indicate.

This wasn’t about the weather. It was about the course being manipulated in ways that frustrated players.

“They soaked the hell out of it,” Pat Perez said after tying for 36th. “They’ve got all the pins in the middle.

“It is supposed to gradually get to where it was Saturday afternoon. You don’t lose it on Saturday and then try to make up for it, soak the course and make it totally different.”

“The thing that is unfortunate is that the guys that were playing the best golf this week took the brunt of it yesterday, when it should have been vice versa,” Snedeker said. “Some guys got robbed of a really good chance to win a golf tournament yesterday afternoon, which is not fair.”

There were other issues that continued to challenge faith in the USGA.

Despite later acknowledging it set up the course too tough in spots on Saturday, the USGA put players on the clock for slow play.

John Daly wasn’t disqualified for striking a moving ball in a similar instance at the U.S. Open at Pinehurst in 1999. He also got a two-shot penalty, but there was a difference in the situations that might have justified Mickelson’s disqualification.

Daly said he intentionally hit a moving ball out of frustration, as protest over the USGA’s unfair hole locations.

Mickelson said he intentionally hit a moving ball on the 13th green Saturday at Shinnecock Hills to try prevent his ball from rolling off the green. He said he knew the rules and was intentionally breaking them to gain an advantage. He compared it to using the rules to get a better lie with a drop, but there’s a difference between using the rules to your advantage and breaking them to gain an advantage.

The difference in those motivations, as Golf Channel’s Brandel Chamblee pointed out, opened the interpretation of the violation as a serious breach worthy of disqualification.

The question of whether Mickelson’s manipulation of the rules was serious enough to invoke disqualification as a breach of etiquette under Rule 33-7 was dismissed by the USGA as inappropriate.

It should be noted that the USGA and R&A should be applauded for its monumental overhaul of the Rules of Golf, a rules modernization going into effect next year. It’s a welcomed simplification of the rules that required an exhaustive review.

This week’s complications show the unrelenting challenges they continue to tackle.

We leave this U.S. Open with history being made, with Koepka joining Ben Hogan and Curtis Strange as just the third players since World War II to win the title in back-to-back years.

We also leave hoping the USGA can deliver four days of next year’s U.S. Open at Pebble Beach as free of controversy as it delivered the first two days at Shinnecock Hills, because this year’s championship felt half baked.

Will Gray contributed to this report.