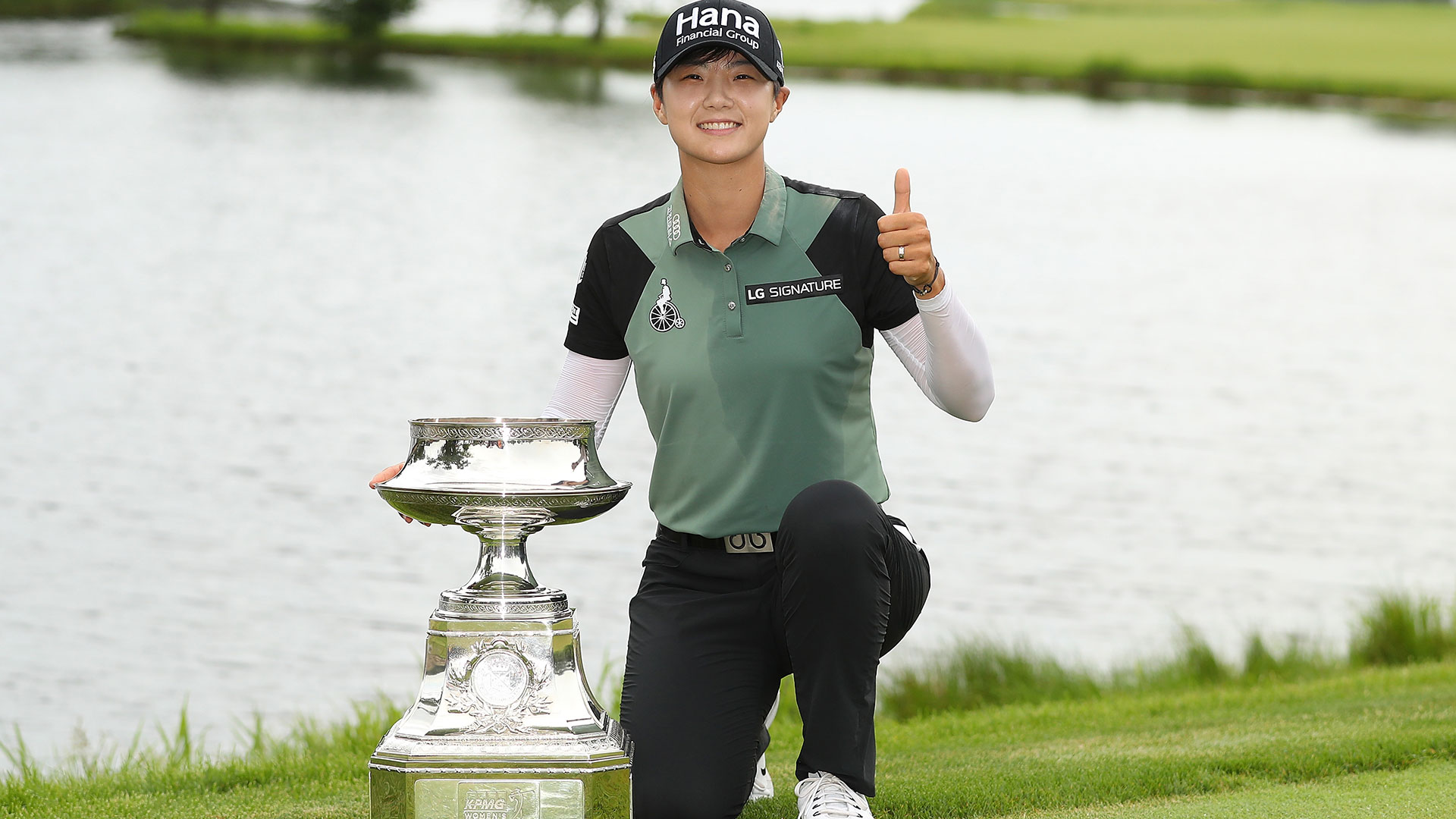 KILDEER, Ill. – Sung Hyun Park raised her arms and placed her hands on her head before hugging her caddie and wiping away tears.

She simply could not contain her emotions after winning her second major championship - and doing it in such dramatic fashion.

Park beat So Yeon Ryu on the second hole of a playoff Sunday in the KPMG Women's PGA Championship.

After a brief rain delay on the par-4 16th hole at Kemper Lakes, Ryu's birdie try rolled past, and Park finished off her South Korean compatriot with a 10-footer.

''Actually, this is my first time feeling this kind of emotion, being this emotional,'' Ryu said through an interpreter. ''And I was really happy, like, I couldn't help that.''

Japanese teen Nasa Hataoka, after shooting an 8-under 64 to post at 10 under, dropped out of the playoff with a par on the par-4 18th.

Ryu made a 20-footer for birdie from the fringe, and Park followed from 10 feet.

''Wind just took it really hard to the left, and then it's in the water hazard,'' she said. ''But once again, I did my best. If I look back, nothing I can do any better than that. I just did 100-percent effort every shot, every putt and still, you know, I like looking at the positive side. This is my best finish for this tournament, so hopefully it's going to keep improving. And one day I want to lift that trophy.''

Nine strokes behind Ryu entering the day, Hataoka nearly pulled off one of the biggest comebacks in LPGA Tour history. She was already off the course when Ryu made a 30-foot birdie putt on the 16th hole to go two strokes up at 12 under. But Ryu's tee shot on No. 17 went into the water to the left of the green, setting up the three-way tie.

Park just missed a birdie on that hole when her 20-footer hit the edge of the cup. And she had a chance to win it on 18, only to watch her 18-foot birdie attempt role just past the edge.

After rain soaked the course earlier in the week, the final three days were marked by temperatures in the 90s. And with storms forecast for late Sunday afternoon, organizers adjusted the start times and had groups of three tee off on the first and 10th holes.

Ryu started on No. 1 with Park and Henderson and ran into trouble after rallying on the closing holes to grab a three-stroke lead in the third round. She had one short putt rim out and another deflect out of the back of the cup in a double-bogey on No. 2.

Park, who began the day four shots behind, then went to 9 under with back-to-back birdies, chipping in on the par-3 third and making a short putt on No. 4.

The 19-year-old Hataoka was coming off her first tour victory at the NW Arkansas Championship last week and nearly pulled out this one even though began the day all but out of contention.

She eagled the par-5 seventh hole and bounced back from a bogey on the par-4 No. 10 with another eagle on the par-5 11th. She then birdied the 12th, 15th and 16th holes on the way to her sixth top 10 finish in her past seven LPGA starts.

She didn't think she would wind up back on the course when she walked off after the 18th hole. But as Park and Ryu played their final holes, she went out to practice, thinking she might be in a playoff against two past major champions.

''Yeah, I did feel nerves going in,'' Hataoka said through an interpreter. ''But on the other hand, I haven't won a major yet, so I felt like I had nothing to lose.''