If Park is nervous, she sure doesn't show it 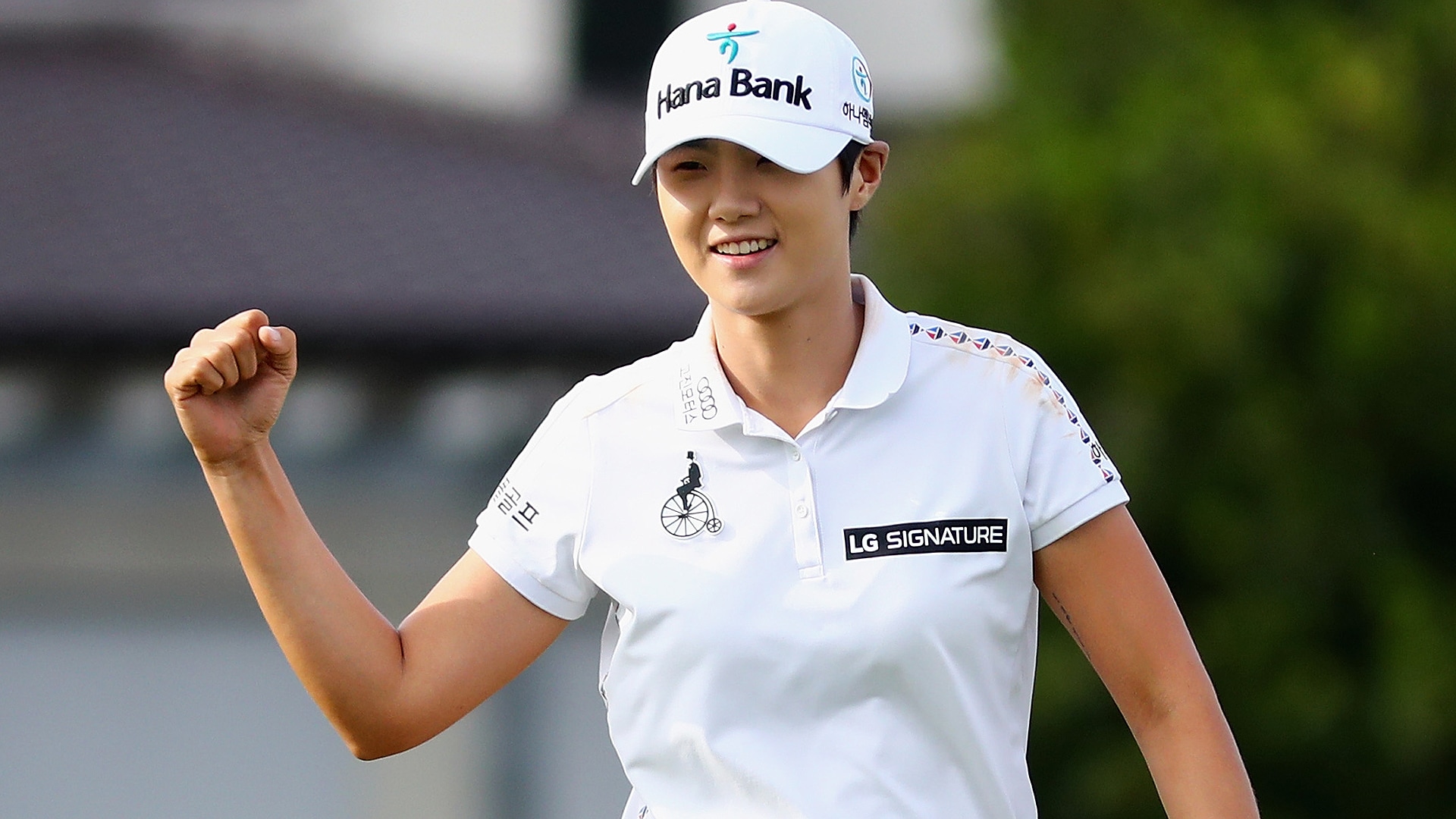 NAPLES, Fla. – Sung Hyun Park says she can feel her heart pounding every time she steps to the first tee.

She says she always gets nervous starting a round.

You don’t believe it, though.

She looks like she would be comfortable directing a sky full of Boeing 737s as an air traffic controller at Incheon International Airport . . .

Or talking people off the ledges of skyscrapers . . .

“In terms of golf, I always get nervous,” she insists.

Everything about Park was at odds with that admission Friday, after she took control halfway through the CME Group Tour Championship.

Her Korean nickname is “Dan Gong,” which means “Shut up and attack.” Now that sounds right. That’s what she looks like she is doing, trying to run roughshod through the Tour Championship in a historic sweep of all the LPGA’s most important awards and honors.

Park got just one look at Tiburon Golf Club before this championship began, playing in Wednesday’s pro-am. Then she marched out Thursday and shot 67, then came out Friday and shot 65.

At 12 under overall, Park has a three-shot lead on Caroline Masson and Sarah Jane Smith.

She is six shots up on Lexi Thompson, who leads the CME Globe point standings in the race for the $1 million jackpot.

And 11 shots up on So Yeon Ryu, who leads the Rolex Player of the Year point standings.

Nobody’s ever dominated a weekend like that in women’s golf.

It’s all there for the taking now, if Park can keep this going.

Park has another nickname back in South Korea. Her fans call her “Namdalla.” That means “I am different.” She’ll prove that if she owns this weekend.

“I don’t think it’s quite that far a lead,” Park said of her three-shot advantage. “Two, three shots can change at any moment.”

About those nerves that Park insists plague her, even Hall of Famer Judy Rankin can’t see it.

Not when Park unsheathes a driver on a tee box.

“She’s the most fearless driver of the ball out here,” Rankin said. “I would put Lexi a close second and everybody else a distant third. She hits drivers on holes where you shouldn’t, and she hits it long and she just throws it right down there between hazard stakes that are 10 yards apart, like it’s nothing. Now, that’s a little hyperbole, but she will hit driver almost everywhere.”

“She reaches for driver a lot because she is a good driver,” Jones said. “She isn’t reckless. She’s as accurate with a driver as she is a 3-wood.”

“Lexi hit a lot of 3-woods compared to us when we played together yesterday,” Jones said.

Jones doesn’t find himself talking Park out of hitting driver much.

“It’s really simple,” Jones said. “When you hit driver as straight as she does, why mess around?”

Count Golf Channel analyst Brandel Chamblee, a student of the swing, among admirers of Park’s abilities.

“No other swing in the game comes close to her technical perfection and elegance in my opinion,” Chamblee tweeted Friday.

Come Sunday, Park hopes to complete a perfect sweep of the LPGA’s most important awards.