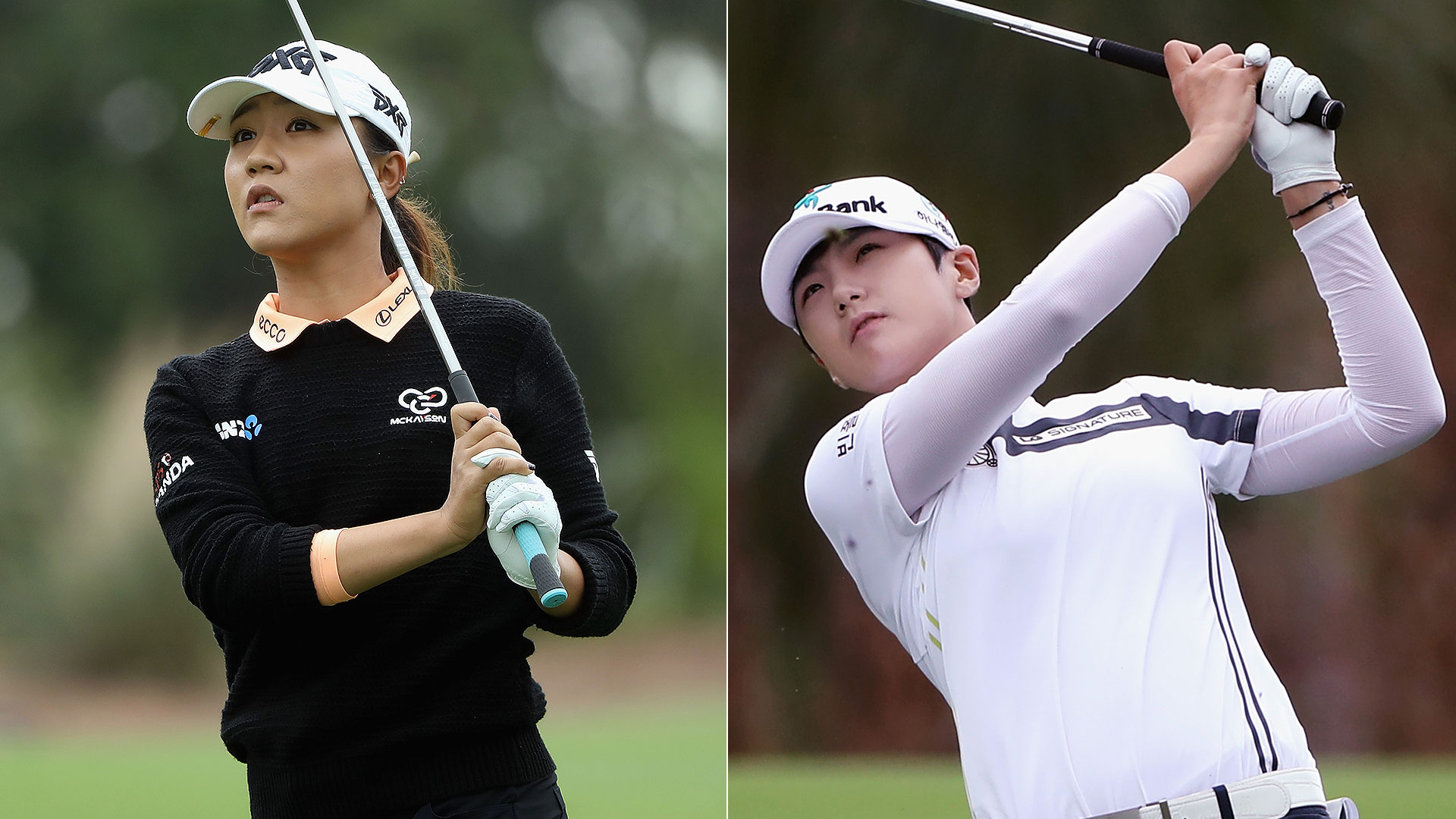 After one round of the season's final event, Sung Hyun Park has all of the hardware within reach. Here's how things look after the first day in Naples, Fla., where Park is one of several notable names just one shot off the early pace:

What it means: Park started the week behind only Lexi Thompson in the season-long Race to the CME Globe, and she has a chance to sweep all of the season-long trophies with a victory in the final event. The reigning U.S. Women's Open champ has already locked up Rookie of the Year honors, and one week after Shanshan Feng passed her atop the Rolex Rankings she is in great position to clinch the money list, Vare Trophy, Player of the Year honors and season-long title.

Round of the day: Smith got her round going with an eagle on the par-5 fifth hole, and she made it around Tiburon Golf Club without dropping a shot. The Aussie added four birdies in an eight-hole stretch from Nos. 8-15 to grab a share of the lead with a 6-under 66 as she looks to win on the LPGA for the first time.

Best of the rest: Chien started quickly, with birdies on each of her first two holes, and like Smith she was bogey-free en route to an opening-round 66. The rookie only has one top-10 finish to her credit this season but she's in position for a second after missing only one fairway and taking only 25 putts to complete her round.

Biggest disappointment: Cristie Kerr entered the week at No. 7 in the season-long race, but she's unlikely to improve on that standing after a 3-over 75 in the opening round. Kerr made a double bogey on the par-5 14th hole and didn't make a single birdie until No. 17. After giving that shot back with a bogey on No. 18, Kerr now finds herself nine shots off the early lead.

Main storyline heading into Friday: Keep an eye on the group of women at 5 under, headlined by Park but including major champs Ko and Pettersen. Park will surely keep an eye on Thompson, who opened with a 1-under 71 and poses the biggest threat to her efforts to leave Naples with an armful of trophies.

Shot of the day: Ko seemed headed for a closing bogey after flying the 18th green with her final approach, but she got creative and ultimately chipped in for par. The shot helped Ko close out a 5-under 67 as she looks to win for the first time since last July.

Quote of the day: "After making eagle on the 17th you don't really want to finish with a double, so I'm really glad I got the crowd into it when I made that chip." - Ko