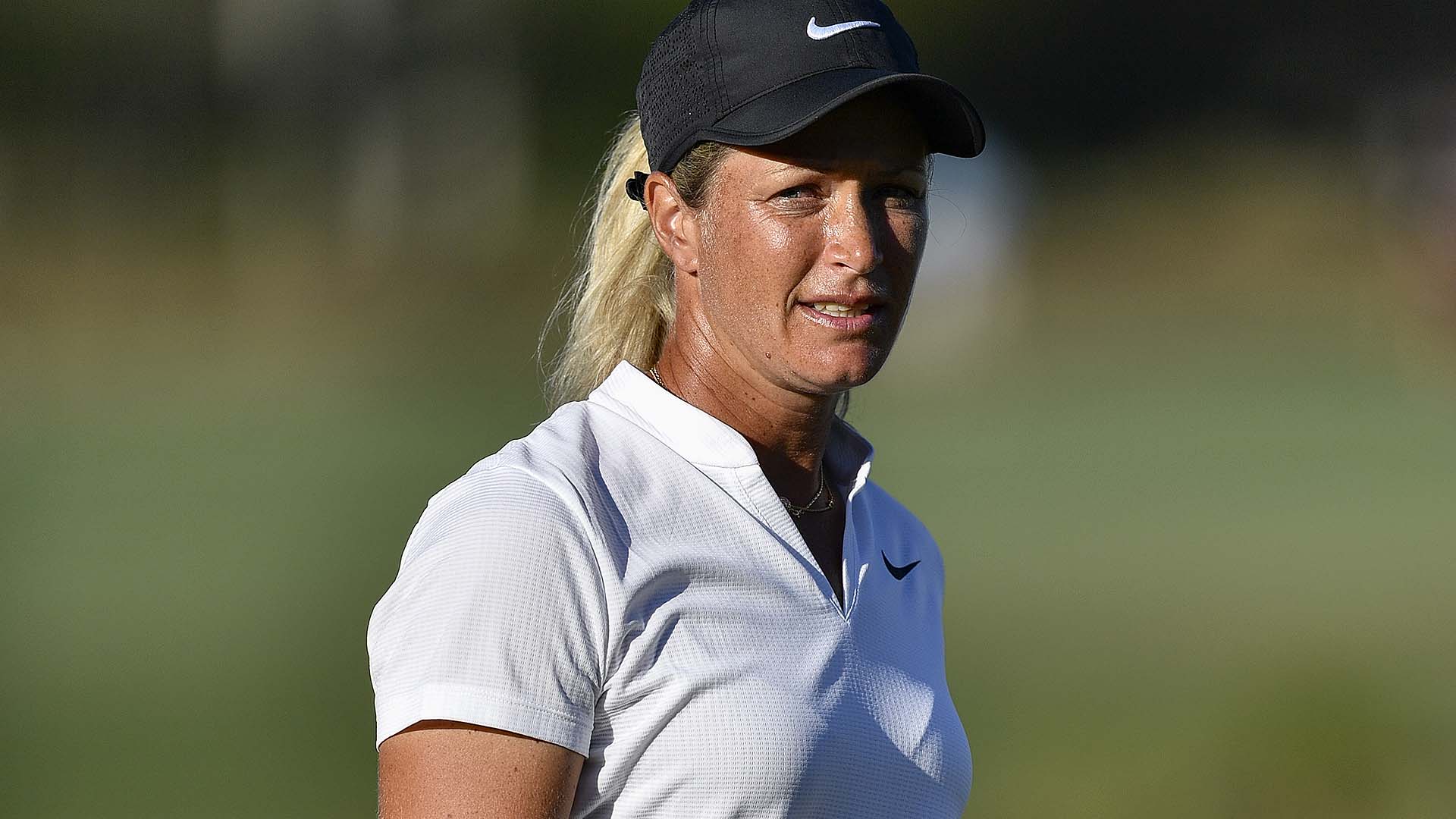 Suzann Pettersen is making what amounts to a last-minute bid to make the European Solheim Cup team.

This week’s Aberdeen Assets Management Ladies Scottish Open marks the final event for Europeans to qualify for the team that will meet the Americans in Scotland next month, and Pettersen is in the field. She is making just her second start after taking 20 months off for the birth of her first child.

“I would love to play, if my game is up to it,” Pettersen told the Ladies European Tour’s media staff. “It’s hard to really tell, and that’s why I would love to play this week, just to see. We are picking the team in a week’s time.”

Whether she is one of Catriona “Beany” Matthew’s four captain’s picks or not, Pettersen will be an integral part of the event. She is one of Matthew’s vice captains.

“I’ve told Beany I would love to, but I also need to show some signs of good form,” Pettersen said.

Pettersen, 38, is a 15-time LPGA winner with two major championships on her resume. She’s looking to make the team for the ninth time. With a 16-11-6 record, she has won 19 Solheim Cup points in her career, trailing only Laura Davies (25) and Annika Sorenstam (24) for most in team history.

Pettersen made her return to the LPGA last month, missing the cut while partnering with Matthew at the Dow Great Lakes Bay Invitational team event.

If Pettersen shows form this week, she complicates Matthew’s decisions, with a competitive cast of candidates already vying for the four captain’s picks.

As it stands today, England’s Bronte Law, France’s Celine Boutier, Sweden’s Pernilla Lindberg and England’s Jodi Ewart Shadroff and Mel Reid are all in the running for picks.

“At this stage, everyone's being considered,” Matthew said Tuesday. “I think a lot will depend on the blend of the team. We've got a few rookies in there, potentially, so looking at perhaps whether you want foursomes, fourball, adaptable players who can play both formats.”

This week’s groupings give Matthew a miniature tryout to gauge Pettersen’s form. Pettersen is grouped with van Dam and Boutier in the first two rounds. 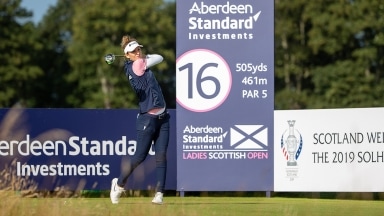 With Solheim spot on the line, van Dam co-leads

Anne van Dam is on the verge of earning a spot on the European Solheim Cup team, and she might have pushed herself over the edge with a great start in Scotland.