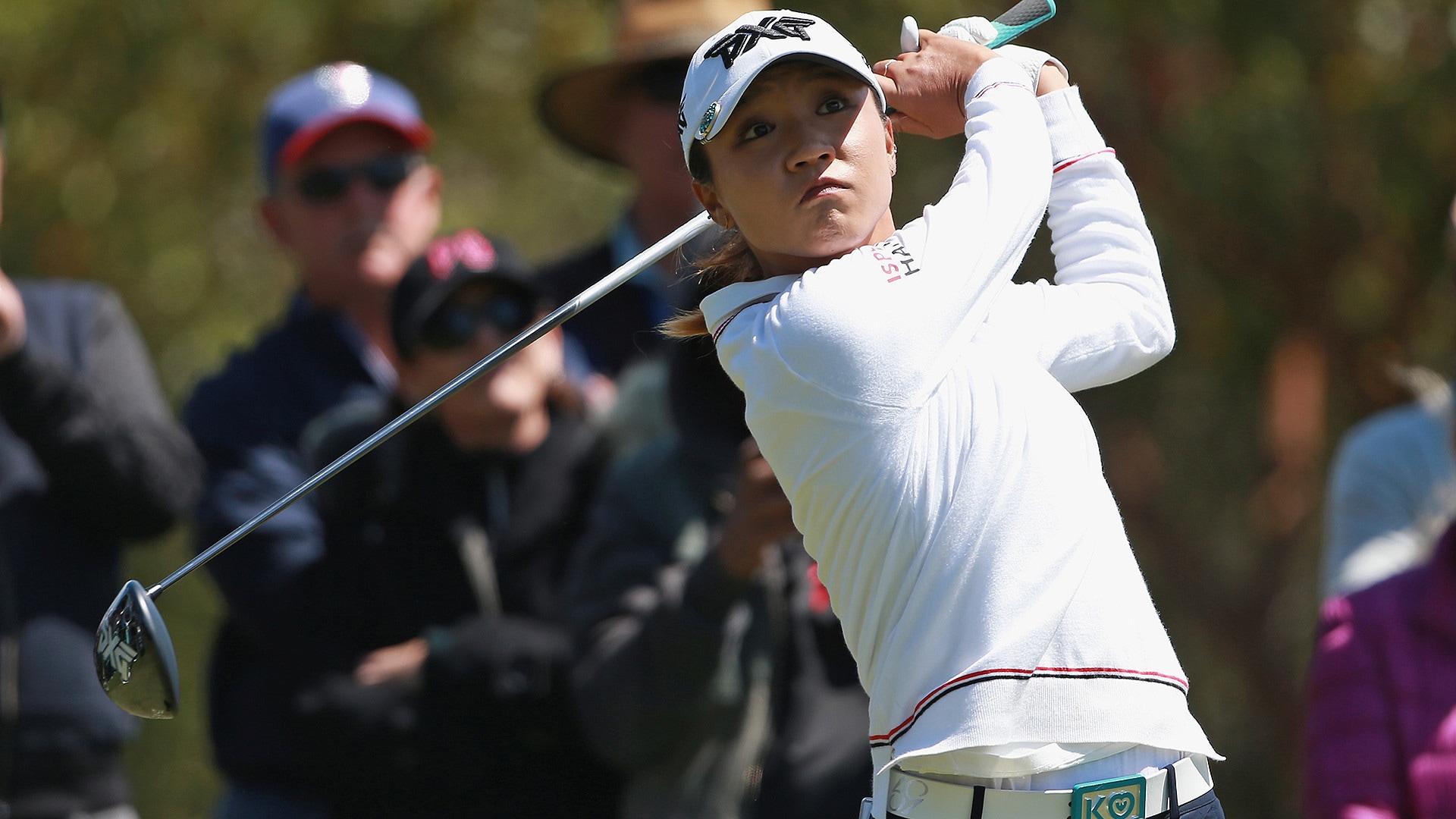 Ted Oh was the silent partner in the reconstructive effort that led to Lydia Ko’s victory Sunday at the Mediheal Championship outside San Francisco.

He was practically a mystery man.

A former teen phenom himself, Oh remained in the shadows in his work as Ko’s new swing coach through four difficult months of scrutiny. He was seen but almost never heard from publicly with a lone top-10 finish in their first eight starts together before their breakthrough at Lake Merced Golf Club.

“I am so glad Ted was here to see this,” Ko told GolfChannel.com late Sunday night. “He was one of the few people who really understood what I was going through.”

Ko and Oh soaked each other in tears in a hug aside the 18th green after she ended a 21-month and 12-day victory drought in a dramatic playoff finish.

“I think our emotions were very similar,” Ko said.

Oh said he cried because he knew all the hard work Ko put into the swing changes while under pressure to produce results that came more slowly than they both expected.

Though Oh hadn’t spoken publicly about the swing changes they made together, it is clear to even the untrained eye that David Leadbetter’s A-Swing loop at the top of her backswing is almost gone now.

Oh told GolfChannel.com late Sunday that Ko is now in a position at the top of her backswing where she can go as hard as she wants at the ball. It’s why the rhythm of her swing looks quicker. It’s also why she is generating more power.

What have they focused on?

“I’m very old school,” Oh said. “I just wanted to make the swing as simple as possible. Basically, it’s just been cleaning things up, nothing fancy. We finally took care of her little bump off the ball. She would move away from the ball, but we got rid of that. We took all the little extra movements out.”

Ko told GolfChannel.com that the challenge was making the swing work under pressure, something that frustrated her because she was feeling so good about her game on the range and in practice rounds, but not so much in tournament rounds.

“That was the biggest key for us, that whatever we were doing would work under pressure,” Ko said. “You can be hitting it good on the range, but when you’re in pressure positions, it’s a little different. It’s why Ted tried to keep everything we were doing as simple as possible.”

After a poor start Sunday with Ko making bogeys at three of her first six holes, Oh relished watching all the pieces in her game come together on the back nine.

“It was unbelievable,” Oh said. “Coming down the stretch, the last four or five holes, she was swinging aggressively. She was very confident. Every shot was in the middle of the fairway, every iron was going right at the pin. I was like ‘Wow.’”

Ko’s final full shot was the ripened fruit of all their work.

Under sudden-death playoff pressure, Ko shaped the ideal shot to win. From 234 yards out, she carved a 3-wood, drawing it up and around a tree in the corner of the dogleg of that closing par 5. She almost holed it, watching it sniff the hole before settling 30 inches away.

“The bottom line is I can’t take the credit,” Oh said. “Honestly, there is nothing better than working with her. She’ll just outwork everybody. We were together almost every day for four or five weeks in the offseason getting ready for the year.

“At the end of a day, I would tell her, ‘It’s getting dark, we have to go,’ but she would always say, ‘OK, just 10 more drives.’ That’s why I was so emotional after she won. I was there to witness all that hard work, and to see it finally paid off.”

“Oh yes, I felt pressure,” he said. “She was doing everything I was asking her to do, but we weren’t putting up the scores.”

Before Lake Merced, Ko had as many top-10 finishes (1) this year as she did missed cuts.

Oh knew Ko was under fire for leaving Gilchrist to make yet another change. He knew people were surprised by his choice as her newest coach, because he wasn’t among the big-name teachers in the game. In fact, at 41, he was relatively new to coaching after giving up his overseas career on the Asian, Korean and Japan tours just two years ago.

While Oh was a familiar name to long-time golf fans, as a teenage rival to Tiger Woods, he was an unknown teaching commodity outside the LPGA’s inner ranks. He knew Ko risked more criticism making yet another significant change away from the swing she learned growing up under Guy Wilson in New Zealand.

“It doesn’t thrill me at all,” Open champion Bob Charles, a fellow Kiwi, said upon hearing the news two months ago. “Perhaps it thrills her to be chopping and changing. I’m from the old school. You figure it out yourself. You go with what you’ve got and not somebody else.”

Ko deleted her Twitter account around that time. She said it had nothing to do with the social media criticism building, but she also acknowledged she was staying away from reading media reviews of her work.

“Every week, they were there saying how she keeps looking better and better,” Oh said. “And that, ‘Whatever you’re doing, just keep doing it.’ That motivated me.”

“Ted was a huge help keeping me level headed,” Ko said. “I know Ted could feel my frustration, at times, but he is always keeping me as positive as possible. Before every round, he’s there saying, ‘Hey, you can do this. You’ve got this. Your swing looks good.’”

Why Oh as the new coach?

Ko’s agent, Michael Yim, was the common denominator. He was the first agent Oh ever worked with coming out of UNLV as a top amateur. Yim, though, told GolfChannel.com that Ko heard about Oh’s work with other players.

Korean born, Oh was making connections with Asian players. Ha Na Jang won in her second week after starting up with Oh two years ago, though they don’t work together anymore. He also worked with Na Yeon Choi and today works with Japan’s Ayako Uehara.

Plus, Ko liked Oh’s hands-on style. He doesn’t stand behind Ko and teach when they’re working together at the PXG base that has become their Phoenix camp. He gets on the course and hits shots with her.

“With Ted, it’s nice having someone who has been where I am,” Ko said, “who knows the process and what it feels like.”