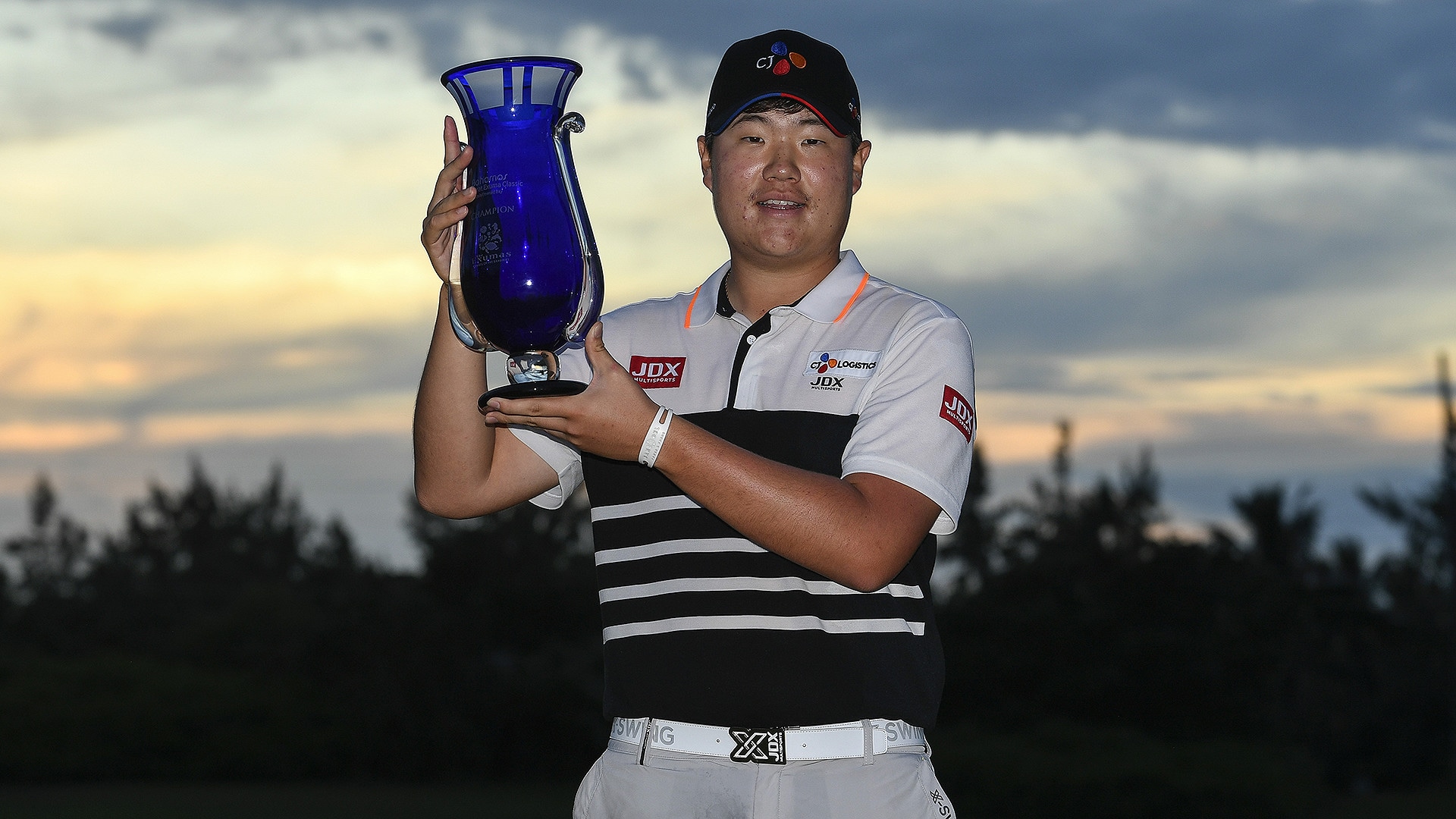 South Korea's Sungjae Im cruised to a four-shot victory at The Bahamas Great Exuma Classic, becoming just the second teenager to win an event on the Web.com Tour.

Im started the final day of the season-opening event in a share of the lead but still with six holes left in his third round. He was one shot behind Carlos Ortiz when the final round began, but moved ahead of the former Web.com Player of the Year thanks to a 7-under 65 in rainy and windy conditions. Im's 13-under total left him four clear of Ortiz and five shots ahead of a quartet of players in third.

Still more than two months shy of his 20th birthday, Im joins Jason Day as the only two teens to win on the developmental circuit. Day was 19 years, 7 months and 26 days old when he captured the 2007 Legend Financial Group Classic.

Other notable finishes in the event included Max Homa (T-7), Erik Compton (T-13), Curtis Luck (T-13) and Lee McCoy (T-13). The Web.com Tour will remain in the Bahamas for another week, with opening round of The Bahamas Great Abaco Classic set to begin Sunday.