Thanks to quality and quantity, Sunday is going to have that major vibe at PGA 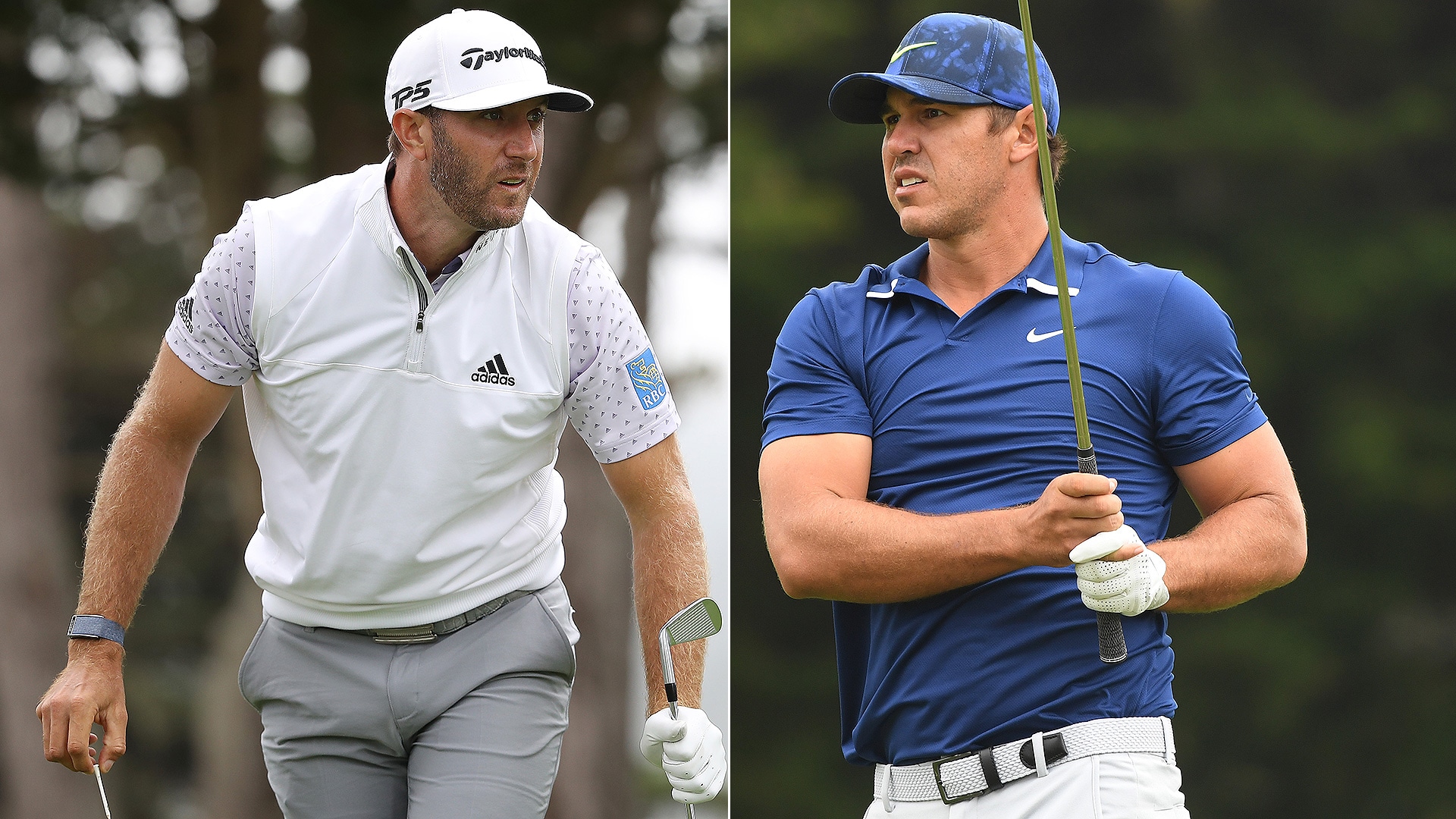 SAN FRANCISCO – With apologies to the greater Bay Area, nothing has felt major this week.

The cypress-lined municipal gem has played the part with all the standard requirements – thick rough, firm greens, challenging weather – and the PGA of America has worked wonders turning pandemic lemons into Grand Slam lemonade. But for the better part of this week, the PGA Championship has been a major in name only.

As Rickie Fowler shrugged on Friday after stabbing a 6-inch putt into the ground that would have secured him a spot in the weekend field, “2020.”

This isn’t a knock on the championship or TPC Harding Park, it’s just the combination of social distancing and the lack of fans has left the event devoid of the kind of buzz that makes majors different from your run-of-the-mill stops.

“I flat-out don't like it. Plain and simple,” sighed Paul Casey, who is tied for fourth at 7 under par. “Nothing I can do, obviously, but I miss it. You know, I play golf at home with nobody around, and I much prefer it out here. This is why I love what I get to do, and it's changed the dynamic of it.”

While fans won’t flock to their beloved Harding Park for the final round and the silence won’t be broken, what has been surreal and strange promises to become something familiar, something special, thanks to a leaderboard that is as deep as it is star-studded.

There will be no crowd to cheer when Brooks Koepka steps to the first tee with a chance to become just the second player to win three consecutive PGA Championships, but that won’t make the gravity of the opportunity any less.

Roars won’t echo through the cypress trees when Dustin Johnson sets out to add a second major crown to his collection, but the silence won’t ease the weight of the moment.

At an event filled with ironies it’s truly ironic that it’s been the lack of crowds that has defined this PGA Championship and a wildly crowded leaderboard that promises to save it.

It’s only apropos that an unprecedented year would deliver an unprecedented stage for the season’s long-awaited first major with 11 players within three shots of the lead on a golf course that has served up equals parts risk and reward.

Johnson paces this pack thanks to a strong finish on Day 3, with what can only be described as the prototypical Harding Park game.

“I definitely have experience in this situation that will help tomorrow,” said Johnson, who captured the 2016 U.S. Open, but is 0-for-3 when leading after 54 holes in a major. “I've been in the hunt a bunch of times in a major. I've got one major, so having that experience is definitely going to be beneficial tomorrow.”

As a fine point of correction, no one has experience with what awaits on Sunday, certainly not the group of 20-somethings that is assembled behind Johnson.

Scottie Scheffler, 24, is playing just his fourth major. Cameron Champ, 25, is making just his third start in one of the game’s biggest events. Both will begin the final lap a shot off the lead, at 8 under par, and given their lack of Grand Slam pedigree the duo will likely be influenced more by the historical significance of the moment than the surreal serenity of the setting.

“There's definitely some nerves, but just got to try and handle them as best I can and go out and play, and I did a good job of that today just staying in the right frame of mind,” said Scheffler, who carded an eventful 65 that included eight birdies and three bogeys.

Champ concurred. “Obviously, there's no fans. There's not people cheering and roaring, but this is a major,” he said.

Among the group at 7 under is Collin Morikawa, the pride of California-Berkeley, via Los Angeles, who matched Scheffler for the round of the day and has the experience of having contended on two quiet Sundays since the Tour’s restart in early June.

“Two months in with no fans, it's very different. I think if there were fans, I'd feel a little bit more of that major, big crowds,” said Morikawa, who lost a playoff at the restart opener at Colonial and won in overtime last month at Muirfield Village. “I feel very comfortable.” 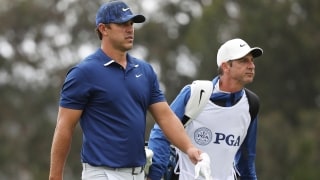 In Brooks' world, he's only one to beat Sunday

Brooks Koepka firmly believes he can track down Dustin Johnson and win a third straight PGA Championship on Sunday at Harding Park.

But what will ultimately pry Sunday from the fan-less doldrums will be Koepka. There hasn’t been a major played in recent memory without Koepka in the hunt and having the 30-year-old sitting just two strokes off the lead is as good a reason as any to celebrate a major Sunday, however removed from the norm by a pandemic.

“It's going to feel completely different than any one we've ever played. [But] I'm looking forward to it tomorrow. It should be a fun shootout,” said Koepka, following a third-round 69.

Winning a major has always come with the weight of the world and even without fans lining every fairway on Sunday a stunningly deep leaderboard will make the weight of the Wanamaker Trophy, all 27 pounds of it, a crushing reminder that this is still a major.