As their sport returns, golfers – like the ones at WP9 – must adjust to new normal 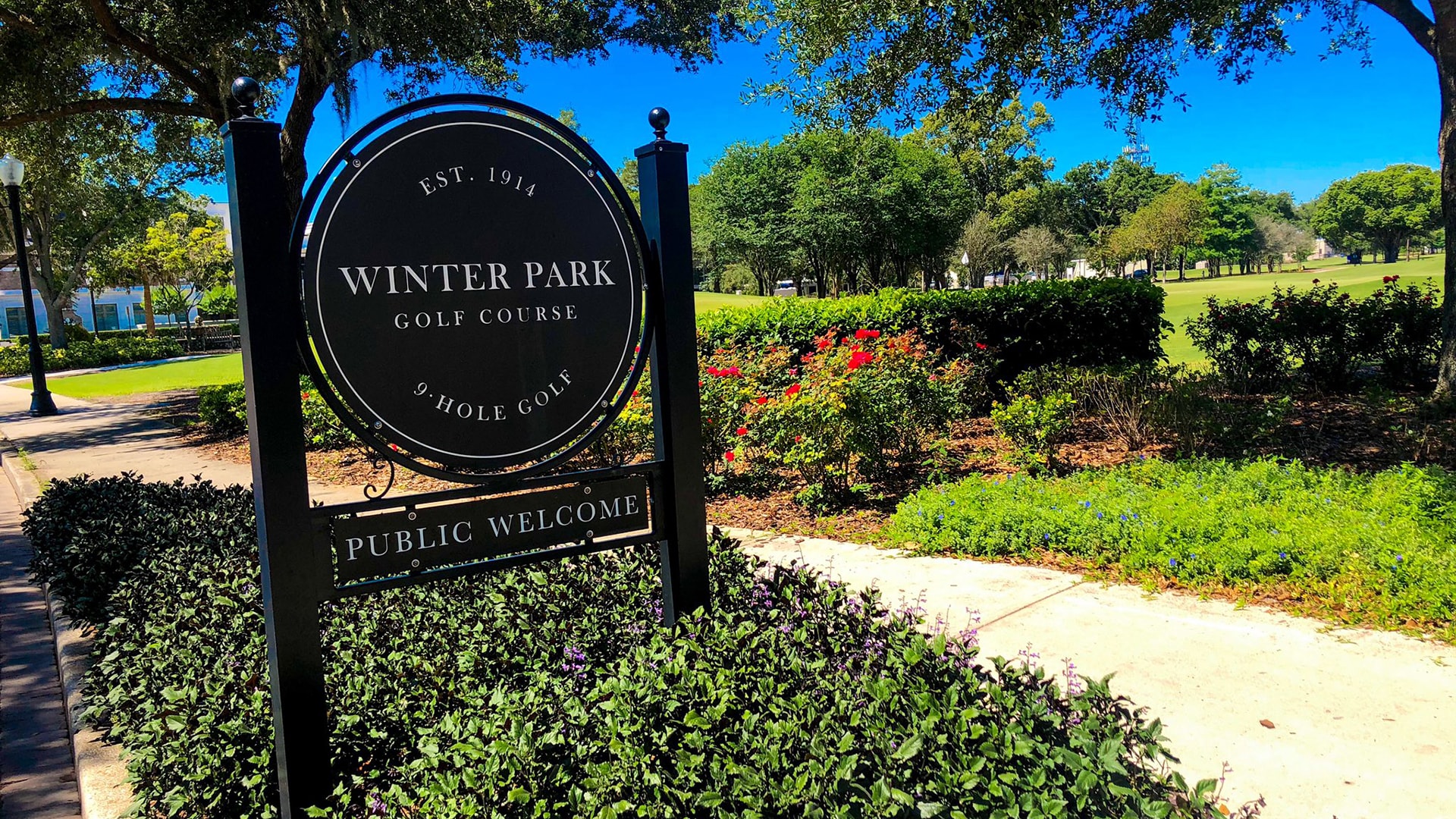 WINTER PARK, Fla. – Just past dawn on Monday, the first twosome set out on dewy fairways. The Sunshine State has been more accommodating to golfers than other states during this coronavirus pandemic, but the reopening of Winter Park Golf Course was still a milestone.

A week earlier the Winter Park city council voted to reopen the municipal gem by a razor-thin margin, 3-2, and a monsoon of small print. The earliest responses were encouraging from a business perspective, with Monday’s tee sheet nearly sold out through 3 p.m., and more importantly, from a social-distancing perspective.

The council’s decision to reopen was based on a list of social-distancing requirements. 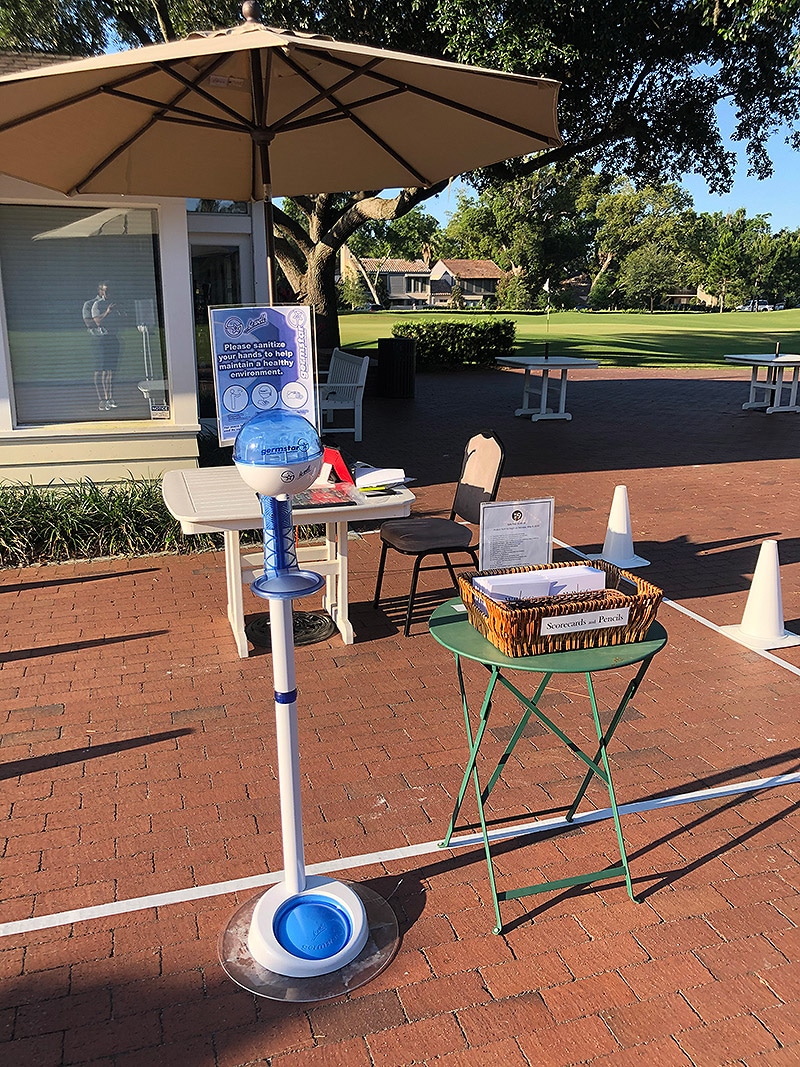 “That will be the first thing that’ll get us shut down,” said Gregg Pascale, the course’s golf shop manager who was moonlighting as a marshal early Monday. “That’s why we’re out here monitoring it and making sure everyone is following the rules.”

Play is allowed at Winter Park Nine, as it’s colloquially known, only in twosomes. There are no golf carts or pull carts to rent. In fact, there are no traditional transactions of any kind, with tee times prepaid via GolfNow only.

There are no rakes in bunkers, no sand bottles and players must maintain 6 feet of separation at all times. Flags are left in the hole and “pool noodles” have been cut into cups to keep golf balls from dropping. Players are allowed to arrive 10 minutes before their tee times and must depart immediately after their round (so long, 19th hole).

If this is the new norm for golf, the early reviews at Winter Park were encouraging, if not somewhat strange given that the social aspect of golf – for many the most important element of the game – has been nixed by social-distancing mandates.

The entire exchange was followed by an awkward standoff. The historic standard for first-tee introductions has been cast aside for the sake of everyone’s safety and a chance to enjoy the game.

“My plan was to be out every afternoon playing golf during this; that didn’t work out,” said Jeff Turner, who spent 10 years in the NBA before transitioning to a role as a studio analyst for Orlando Magic telecasts. “I know there are some ranges that are open, but I was like they told us to stay at home and I’m going to honor that.”

His playing partner, Nick George, adhered to the same guidelines set by state and federal officials and laughed on the second green when his putt stopped 5 feet short of the hole. “Think my putting mat at home isn’t the same speeds as this,” he jokes. 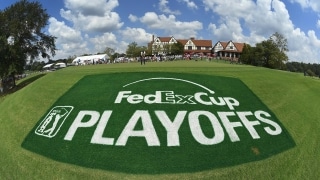 A look at the current FedExCup standings as the PGA Tour playoffs reach event No. 2, the BMW Championship.

On the next hole, George’s drive sails right toward Keyes Avenue and Turner’s flies well left and bounces across New York Avenue. “I think we’re about to do some social distancing,” George smiled as he made his way off the tee.

It’s a scene that promises to be repeated as the game emerges from the pandemic and more golf courses reopen.

According to a plan unveiled this week by “We Are Golf,” an industry-driven initiative that includes representatives from the PGA of America, USGA and PGA Tour, among others, the game should prepare for this new normal even as golf has reopened in 46 states.

“We’re fortunate to have the ability to play golf again, but it’s really dependent on our ability to follow social distancing guidelines,” warned Mike Davis, the USGA’s CEO.

In practical terms, that means coming to terms with what will be a new experience at courses such as Winter Park.

One of Winter Park’s 100 or so members, Rick Schramm would normally be heading out with a group of friends for his men’s association round, but instead he teed off alone early Monday. “We had five times and nine players showed,” he explained. “It’s different. I guess you’re paying attention a little bit more.” 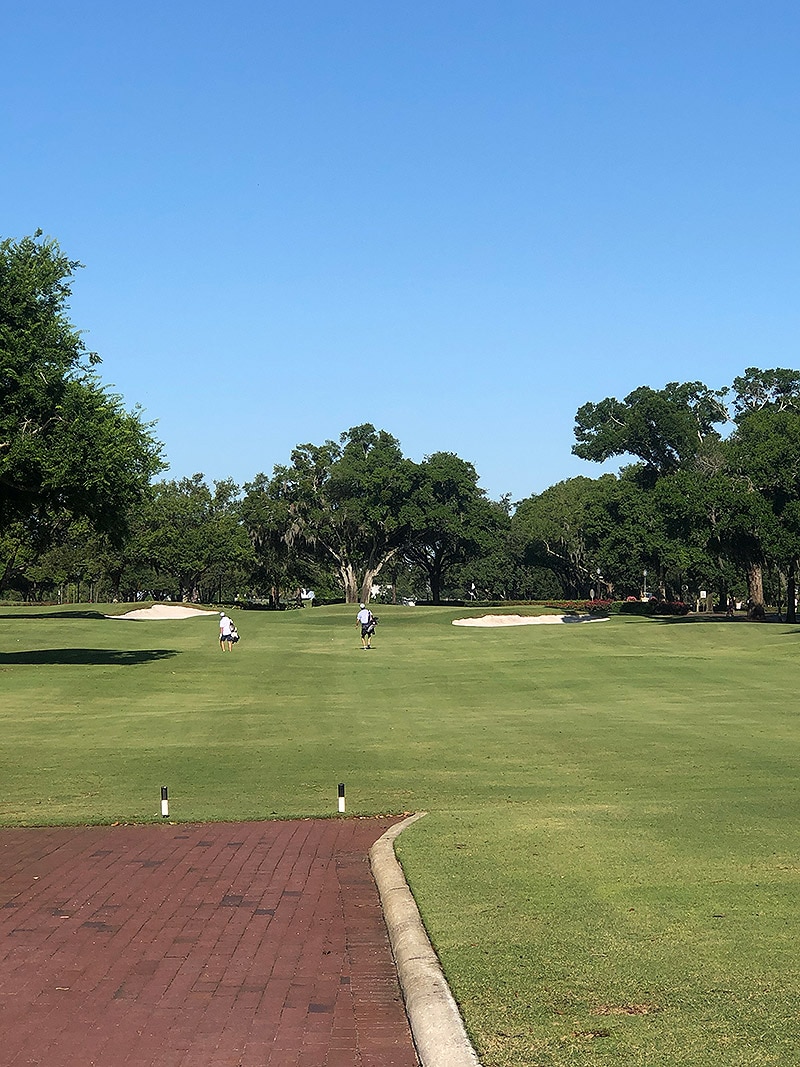 Schramm, like Turner and George, has been adhering to state and local social-distancing orders, so it’s no surprise he would toe the line when it came to golf. And, of course, the alternative is a return to the dark days when there was no golf, or anything else. It’s a reality that hits particularly close to home for Anthony Buttwick, Winter Park’s professional who was transferred to the maintenance crew when the course shut down on March 17.

Winter Park’s lofty location in this tony enclave belies a more blue-collar reality. The nine-hole layout weaves through tree-lined streets, around a cemetery and along the railroad tracks before settling back to an understated pro shop some 2,500 yards later. Not exactly championship quality, but many would argue there’s not a better walk in Central Florida.

Former NBA players teeing it up alongside medical supply salesmen is the fabric of the club, and the opportunity – even one that comes with an entirely new set of rules – to play again is worth savoring.

“I get why I’m not working. From a sports standpoint, you can’t get much closer contact than playing basketball, at least at that level,” Turner said. “But I’m struggling with golf. I understand why golf isn’t playing; it’s not just the players. But it seems like it’s the perfect game for social distancing.”

It might be the perfect game for an imperfect world, but it’s still going to take some time to fully embrace the new normal.