Three days after brother fires 62 to win, Wake's Carolina Chacarra does the same 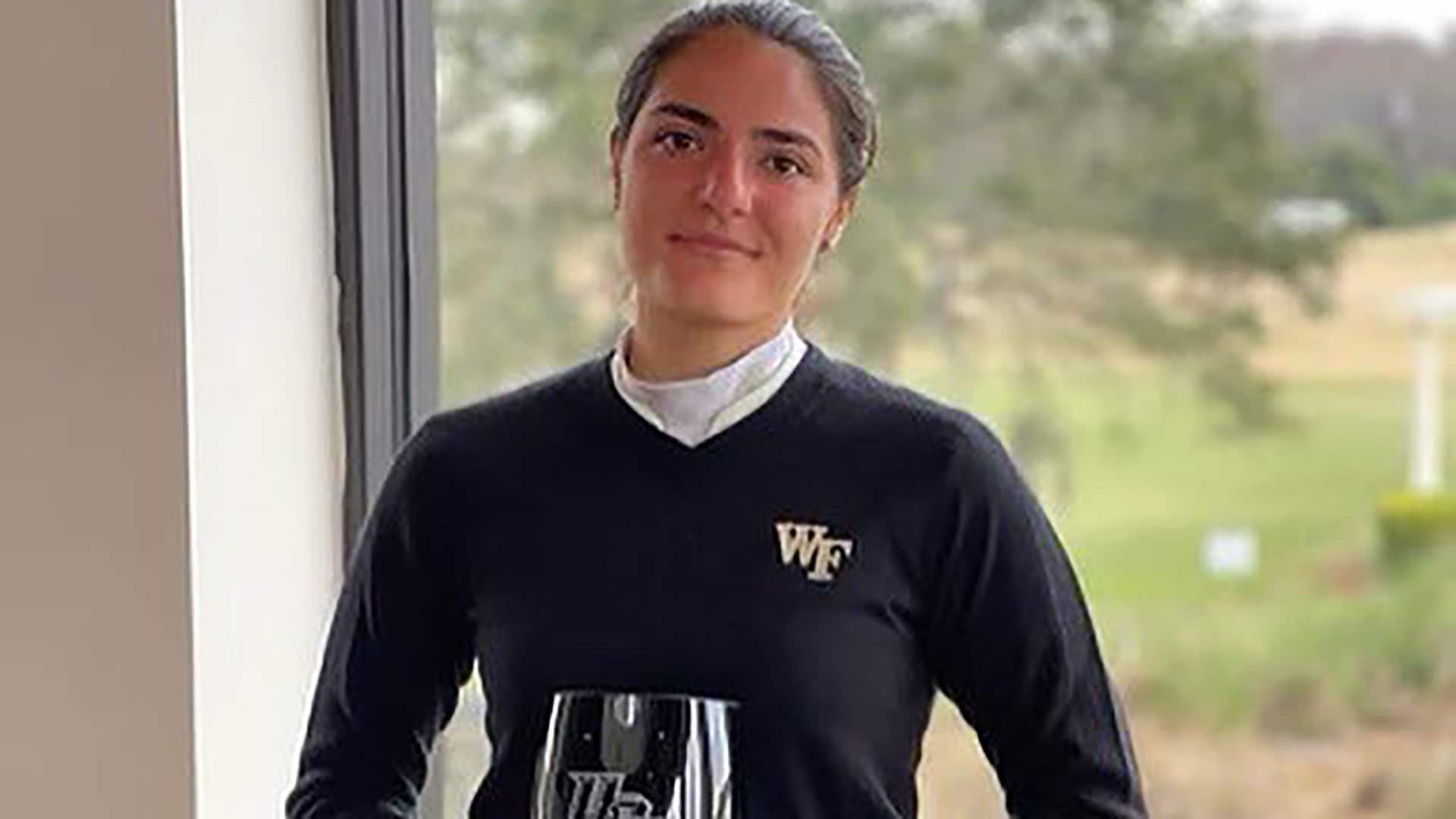 Last Saturday, Oklahoma State senior Eugenio Chacarra closed in 10-under 62 to shoot 19 under and win the Amer Ari Invitational for his first career college victory.

Three days later, Chacarra’s sister, Carolina, did the exact same. The Wake Forest freshman also fired a final-round, 10-under 62, wrapping up the low round Tuesday morning at Eagle Creek Golf Club in Orlando, Florida. She also shot 19 under, winning the UCF Challenge by four shots over Kentucky’s Jensen Castle. And the win also marked her first as a college golfer.

Talk about a sibling act.

"It's really crazy," Carolina told GolfChannel.com. "Honestly, I'm just really happy with my game, with the work I put in and seeing that the results are there. It means that the work during the offseason has paid off, so I'm just as happy about that as I am the result itself."

With Eugenio following the action closely on Golfstat, Carolina played her first 14 holes of the last round in 8 under as final-round tee times were moved up a day to avoid heavy rain on Wednesday. She then returned to make two more birdies – and actually parred the par-5 closing hole – to complete her incredible week. She missed just two greens in 54 holes.

"My feelings were just really good this week," said Carolina, who focused on controlling her ball flight better during the winter break.

She has a great example to look up to in Eugenio, arguably the best ball-striker in men's amateur golf. Carolina said she trained and played almost every day with her brother for about a month back home in Spain during the holidays.

"We compete a lot against each other and it's really competitive, we both want to win," Carolina said. "But it's actually really hard for me to win. I have to play my best golf and he has to miss a couple of shots in order for it to be tight, but it takes the best out of me. He's usually going to win by eight shots, but it's always nice to train in that environment."

Added Eugenio: "She can play and she bombs it!"

Carolina’s 19-under total set a new program record while equaling the second-best 54-hole total in NCAA D-I history. Jaclyn Lee of Ohio State shot 19 under in 2018 and held the record until Arkansas' Brooke Matthews shot 25 under last fall at the Cougar Classic.

Wake’s 45-under team score, which had the Demon Deacons finishing 14 shots better than runner-up Kentucky, was also a school record. Junior Rachel Kuehn finished solo third at 12 under, three shots ahead of three players at T-4 who amazingly were 10 shots back of Carolina.