Two three-putts in her first three holes at the Marathon LPGA Classic didn’t stop Elizabeth Szokol from shooting a 5-under 66 on Friday.

Szokol started her second round on the back nine, and following her three-putt on No. 12, she birdied five out of six holes, including back-to-back closing par-5s, before making the turn.

“I was just trying to push them out of my mind,” she said of the three-putts. “I knew there were so many good opportunities coming in. It was only the first three holes and I started on the back nine, so I knew 17 and 18 were reachable par-5s for me and there were birdies out there."

Going into her second round, Szokol was six shots behind Nasa Hataoka, who shot a 10-under 61 on Thursday. It’s hard to miss the leaderboards stacked around the course – Szokol kept her eye on them all day. She watched her name trickle up the leaderboard closer to Hataoka.

“I wanted to keep making birdies and dropping some putts,” she said.

Szokol is currently ranked 95th on CMEs. She hasn’t won on the LPGA but feels her scores are trending. A few weeks ago she used a 7-under 65 in the second round to finish T-41 at the Meijer LPGA Classic.

“Didn't finish that well, but it was nice to have some momentum,” Szokol said.

She then bounced back from a third-round 77 with a closing 67 last week at the Volunteers of America Classic, where she tied for 67th.

“I'm just really looking forward to 36 more holes,” she said, determined to string together more low scores. “I really like this golf course, so just see what the weekend brings.” 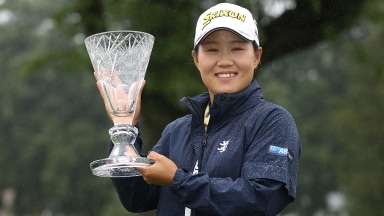 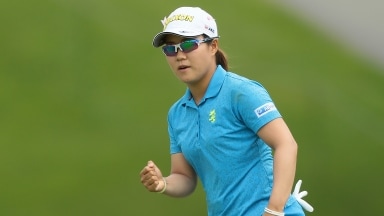 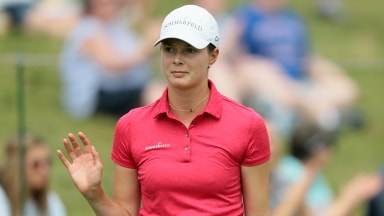