TT postscript: 67 still case of what might've been 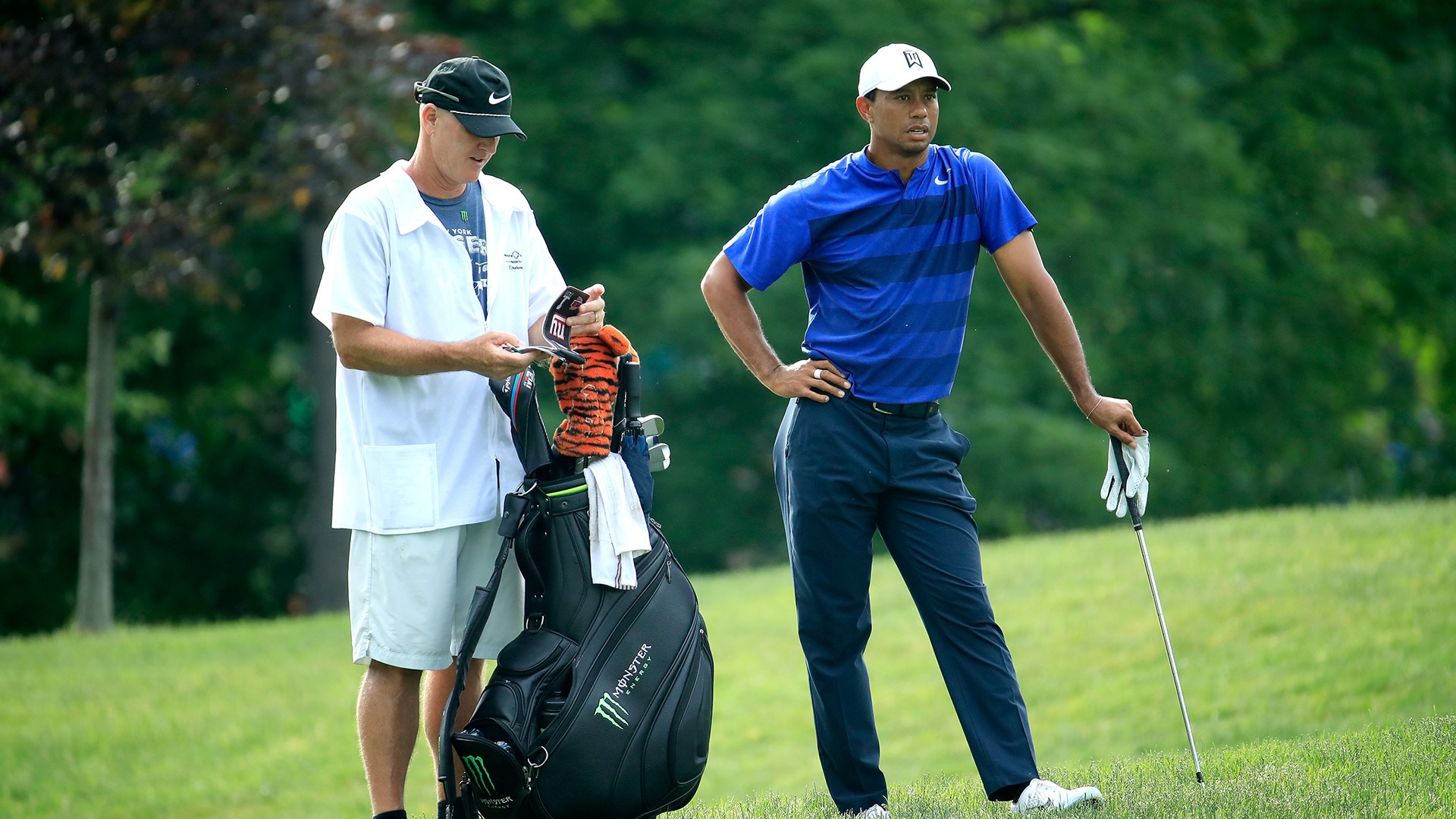 DUBLIN, Ohio – Some thoughts, emotions and observations from walking an often entertaining but sometimes frustrating round alongside Tiger Woods, who moved up the leaderboard at the Memorial Tournament with a second-round 67 but still left a few shots out there:

- One of Woods’ lowest rounds of the year was still a case of what might have been. A hole-out eagle on the par-5 11th sent the crowd into a frenzy, and he promptly stepped up to the next hole and hit the flag with his tee shot. But then the storms came, halting the momentum that was quickly brewing as he finished out the round in even par following an 88-minute stoppage.

- Tiger put on a ball-striking clinic, hitting 14 of 18 greens with two of his four misses resulting in birdie putts from the edge of the fringe. The pin-seeking didn’t stop with No. 12, as he continued to take dead aim after the rain delay. “He was taking flagsticks down,” said playing partner Justin Rose. “It was cool.”

- But there was one glaring issue during the round, and it came on the greens. Tiger missed five putts from inside 10 feet, including four over the final seven holes after returning from the stoppage. “I just hit terrible putts,” said Woods, who estimated he turned a “nice little 62 or 63” into a 67.

- Despite the short misses, Woods moved from the cut line into the top 25 and will begin the third round six shots behind co-leaders Kyle Stanley and Joaquin Niemann.

- Tiger admitted that the rain delay was a factor, given that it was the first weather stoppage he had experienced since returning from injury in December. “I was a little bit worried about how my back was going to feel,” he said. “I didn’t really sit down. I was walking, pacing back and forth, trying to keep it loose.”

- After noting that his back was “tight” during an opening-round 72, Woods said that it was not a factor during the second round, even after the rain delay. “I was fine today. I felt loose,” he said. “Just going to have days where I just am not quite there.”

The 11th hole provided the highlight of the day – and the tournament thus far – when he sent a wedge from 95 yards past the hole and spinning back for an eagle. It was three shots better than his opening-round bogey, and after playing the par-5s in 3 over Thursday he played them in a combined 5 under today. “That’s definitely the most improved award,” he said. “I get that plaque.”