TT postscript: All over, but under par on tough Day 1 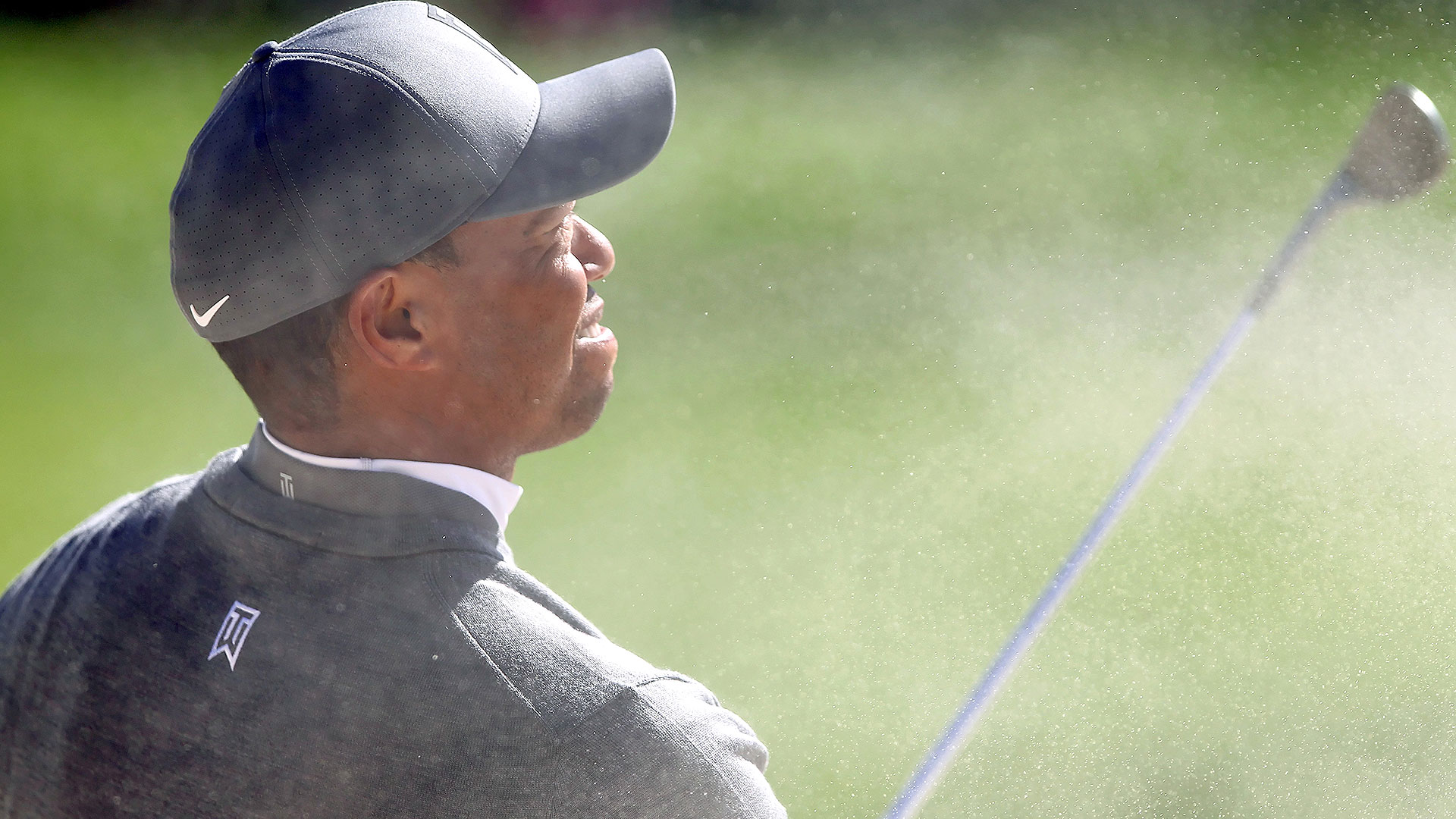 PALM HARBOR, Fla. – The temps were chilly and the wind was brisk, but Tiger Woods still managed to break par in the opening round of the Valspar Championship. Here are a few thoughts and observations from walking another loop with Woods on the Copperhead Course as he made his tournament debut:

• Tiger described it as a “tough” day at Innisbrook, but that seemingly played right into his hand. While playing partners Henrik Stenson (74) and Jordan Spieth (76) both struggled with the swirling winds, Woods kept it together and managed to roll in five birdies en route to a 1-under 70. “I enjoy it when par is a good score,” he said.

• Only a few players were able to break par in the opening round, and Woods’ score left him in a tie for eighth. He trails leader Corey Conners by three shots heading into the second round.

• Woods had a harrowing moment on the 16th hole, when his punch shot from out of the pine straw caused him to hit his left arm on a tree after impact and release the club. After a few winces walking up the fairway, he managed to save par and maintain the positive momentum.

• There were two ball-striking highlights during the round: an approach on the seventh hole that hit the flagstick and nearly went in for an eagle, and his tee shot on the par-3 17th that rolled to within 2 feet of the hole and served as the best shot of the day.

• There were also a few miscues, as Woods endured a six-hole stretch in the middle of his round where he didn’t make a single par. He did little to hide his frustration after errant approaches on Nos. 9 and 14, among others, and got up and down on just five of nine scrambling opportunities.

• Only 11 rounds into his latest comeback, Woods said this was the single hardest test he has faced thus far because of the windy conditions. “I’m pleased with every aspect of my game,” he said afterwards.

Woods will have a quick turnaround, as he’ll be back at it with Spieth and Stenson at 7:56 a.m. ET Friday with an eye on not only making the cut, but making a charge up the leaderboard where three of the top four players have yet to win on the PGA Tour.