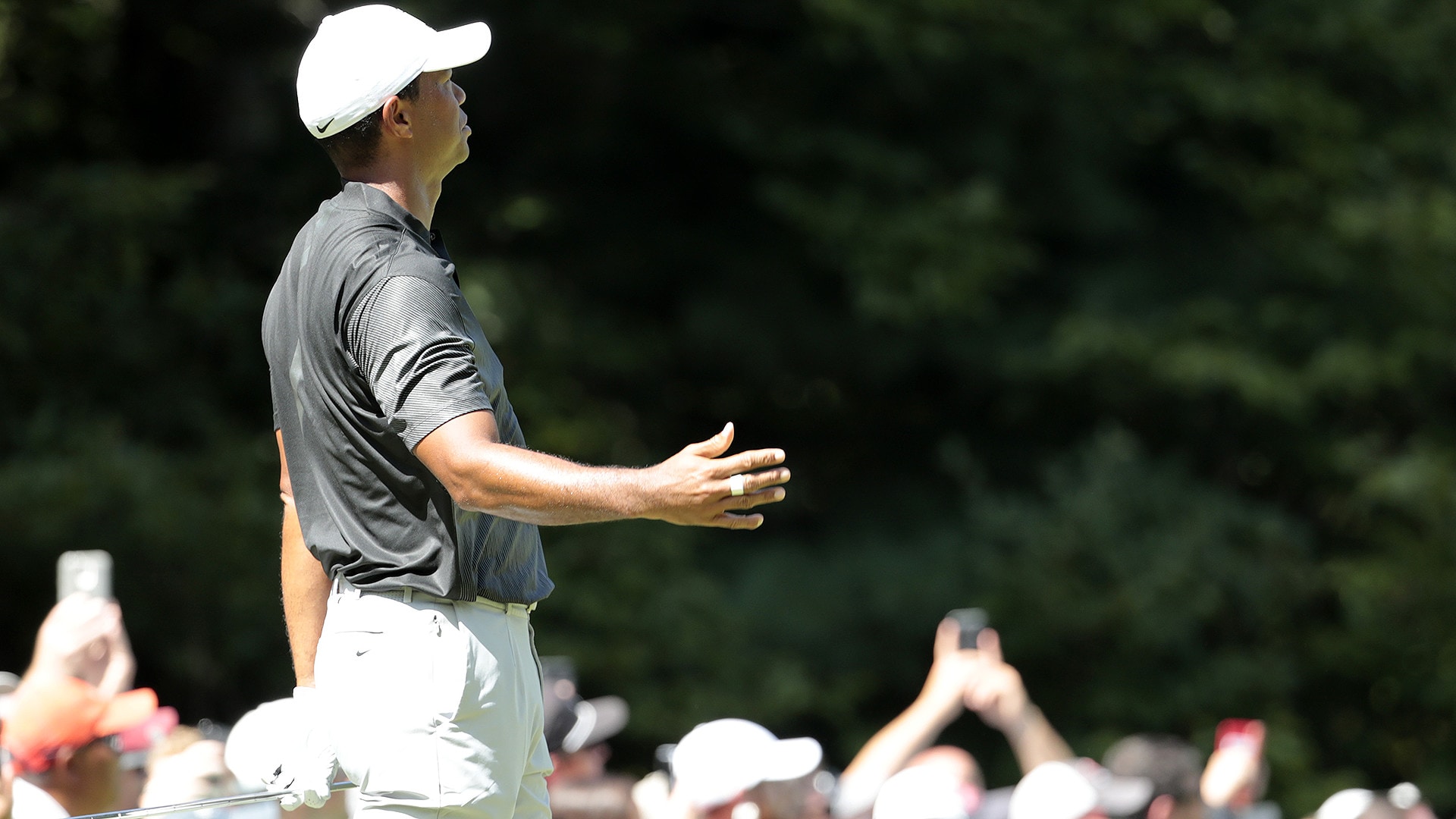 NORTON, Mass. – It was a day that started with promise and ended with frustration. Here are some thoughts and observations from walking another loop alongside Tiger Woods as he failed to mount a rally at the Dell Technologies Championship:

• Another case of what might have been. After rolling in three birdies over his first seven holes, Woods’ new Juno putter suddenly went cold on the inward half. Short misses on 11 and 12 were followed by a three-putt bogey on No. 13, turning a potential 65 into a far less palatable 68.

• Woods admitted that 3 under was probably the highest score he could have shot on a day when the leaderboard was painted with red numbers and his playing partner, Bryson DeChambeau, shot a 63. “Just kind of the way it goes,” he said. “I didn’t get a lot out of my round today.”

• Tiger became visibly frustrated on the back nine as his putter continued to let him down, and after the round he planned to work on both the range and the practice green before leaving the property. “My speed was a little bit off,” he said. “I was trying to be a little more aggressive today on the greens and trying to make sure that I gave it a good hit. I didn’t want to leave anything dying on the low side.”

• Woods’ bogey on the 13th was his only dropped shot of the day, and it ended a run of 33 bogey-free holes. After going the entire season without a bogey-free round, Woods played 32 straight holes without dropping a shot last week in New Jersey.

• The final stat line from an afternoon that included four birdies and a bogey: 8 of 14 fairways, 12 of 18 greens in regulation and 28 putts.

• Woods sang the praises of DeChambeau, as the two played together in competition for the first time after pairing for several practice rounds earlier this year. “He’s won three times so far, which is pretty impressive,” he said. “I think he’s cleaning up the rounds. He’s not making that many mistakes, and if he does, he’s missing the ball in the correct spots. And that makes all the difference.”

• With his FedExCup projection drifting in the mid-20s with every birdie and bogey, he knows there’s work to do both tomorrow and next week to ensure his first trip back to the Tour Championship since 2013. “The points are very volatile,” he said. “You have a quick six or seven, if not nine holes of a good run, you can vault anywhere between 10 and 20 spots. It’s not that hard to do.”

• At 7 under, Woods trails DeChambeau by five shots and expected to face an even larger deficit once the leaders finished. “Just got to go shoot something low,” he said. “Even if I shoot a low round, I’m not really in control of my destiny in that regard, because I’m pretty far back.”