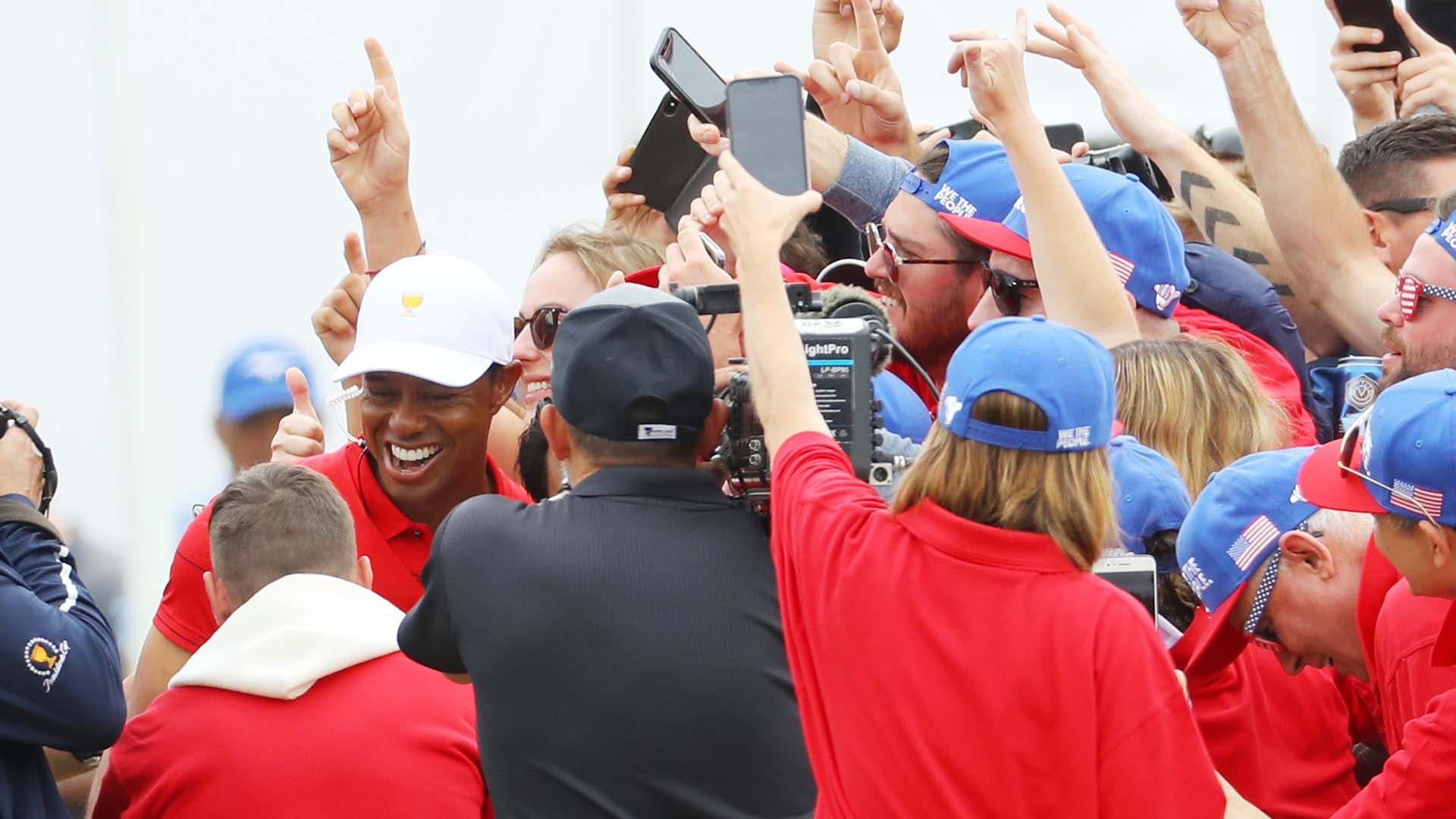 MELBOURNE, Australia – Just when I didn’t think this year could get any better.

He won the Zozo Championship to collect his 82nd PGA Tour victory and tie Sam Snead for most wins in history.

And this week at the Presidents Cup, the U.S. captain went out first in Sunday singles at Royal Melbourne and defeated Abraham Ancer, 3 and 2, to put the finishing touches on a perfect 3-0-0 record.

Here are some thoughts about the singles victory over Ancer:

• Let’s start with the end. Woods was 3 up with three holes to play as he stood over a 20-footer for birdie at 16, with Ancer studying a shorter birdie attempt for a chance to move on to the 17th hole. Woods, of course, would ensure Ancer never had that chance. He went to take his hat off to shake hands with Ancer before his ball found the bottom of the cup.

“Probably like 6 feet out, the match was over,” Woods said. “Hat might have gone maybe a little early.”

• Now back to the beginning. Woods was focused and intense during his warmup. That’s not altogether surprising, but it was noticeable this time. He didn’t make eye contact with Justin Thomas, who was relaxing ahead of his much-later tee time. It wasn’t until he was almost done that Tony Finau said something to him under his breath. Woods smirked.

• One particular moment stood out during the range session: International captain Ernie Els drove his cart in front of Woods on the range. Not behind – in front. There was no room to drive behind Woods, so Els just peeled in front, and Tiger acted like he never noticed. We know he did, but he acted like he didn’t.

• Woods never trailed in the match, but it was tied after eight holes. It was a bit of a nervy start for both Woods and Ancer. Woods bogeyed both par 3s (Nos. 3 and 5), and Ancer three-putted the fourth hole for a bogey.

• After Woods made birdie at the 10th to go 2 up, a halve at the 11th was key. Woods threw his approach in to 8 feet, but Ancer responded by throwing a dart to just 4. Woods made his birdie to guarantee no worse than a tie. Ancer converted, but Woods stayed 2 up.

• The greatest shot of the day was a putt. Well, it was a putt from off the green that many expected Woods to chip. On the par-5 15th, Woods was 38 yards (114 feet) from the hole and quite a bit off the front of the green. He used putter and cozied it up to a foot. Yes, a foot. That birdie moved him to 3 up.

• In closing, Woods said: “I love playing with my teammates, and couldn't have a better group of guys to be the captain for. So, having the ability to do both this week has been just a special experience and one that I will never forget.”