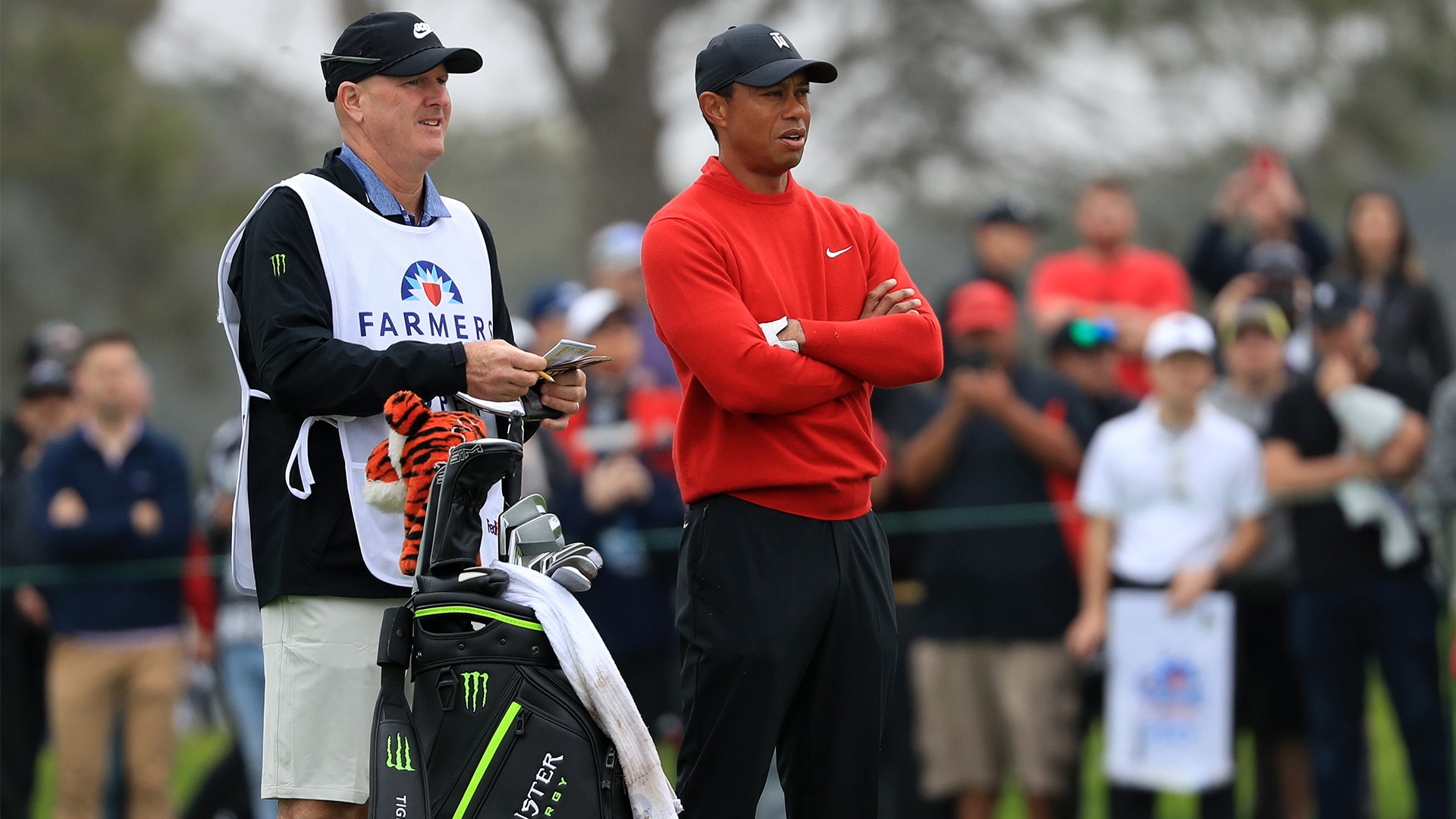 SAN DIEGO – In all the years of following Tiger Woods over fairways and greens, this was one of the most surreal. Here are some final thoughts from the Farmers Insurance Open, where Woods' bid for a record-breaking win came up short on a day when the golf was overshadowed by the death of a legend:

• A two-putt birdie on the last hole gave Tiger a 2-under 70 in the final round and a four-day total of 9 under. That left him in a tie for ninth, six shots behind winner Marc Leishman.

• The biggest highlight of the day came when his golf ball defied the laws of physics on the second hole. Following an opening bogey, Woods' approach took two hops and disappeared in the hole - only to spin back out a moment later. Instead of an earth-shaking eagle, it was a tap-in birdie.

• But shortly after that shot, the golf took a backseat to the jarring news of NBA star Kobe Bryant's death in a helicopter crash. Woods shared that he was unaware of the news until caddie Joe LaCava informed him as the two were leaving the 18th green. "I didn't really understand why the people in the gallery were saying, 'Do it for Mamba,' but now I understand," Woods said. "It's a shocker to everyone. Unbelievably sad and one of the more tragic days I've ever been a part of."

• A lifelong Lakers fan, Woods shared a close bond with Bryant as two men of similar age who dominated their respective sport. "We really connected on more of the mental side of it, the prep, how much it takes to be prepared," he said. "He paid attention to the details, the little things. ... That's where he and I really connected, because we're very similar."

• In terms of the play inside the ropes, Woods once again shined with the driver. But this time his putter was his downfall, as his four birdie makes all came from inside 5 feet and a number of chances from inside 20 feet missed the mark. But this still resulted in his best finish at Torrey Pines since his runaway victory here in 2013.

• But the somber tone from Bryant's death lingered over the course, even if Woods wasn't aware until after holing his final putt. "Well, life is very fragile as we all know," he said. "You can be gone at any given time, and we have to appreciate the moments that we have. I just can't imagine what his family's going through right now."

• Woods will now take the next two weeks off to prepare for the Genesis Invitational at Riviera, where he'll make his next competitive start as tournament host and have another chance to win for a record-breaking 83rd time on the PGA Tour.