TT Postscript: The guy has a flair for the dramatic 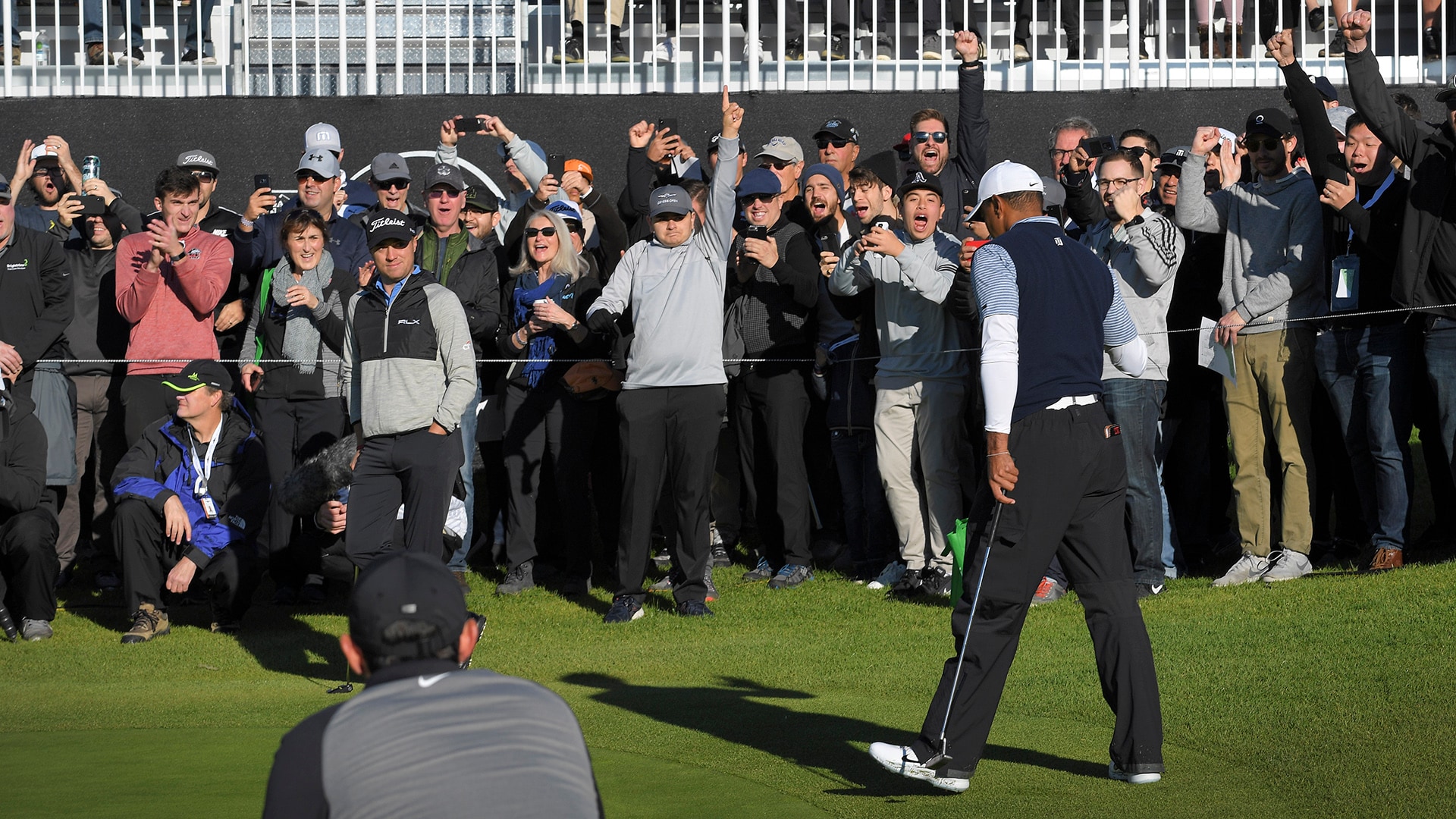 LOS ANGELES – Give the man credit; he has a flair for the dramatic. Here are some observations after a short-but-brisk walk with Tiger Woods, as he completed his second round at the Genesis Open by holing a putt on the final green that will likely allow him to play some more golf:

· Tiger completed the final six holes of his second round amid chilly conditions Saturday morning, and he opened with a bogey on his first hole back. But he saved his lone highlight for last, rolling in a birdie off the fringe from 24 feet away with his final stroke of the round.

· The closing birdie on No. 9, the hardest hole on the course, gave Woods an even-par 71 in the second round and put him at 1 under for the week. That score left him T-55 when he signed his scorecard, and it appeared likely that he would remain inside the top 70 and ties upon the conclusion of the second round.

· Woods told reporters he had hoped to play his morning session under par but still remained confident that his current total would be enough to make the cut. “I know 1 (under) is in, so I’m playing the weekend and I get two more rounds to kind of get after it,” he said.

· Woods carded three birdies and an eagle during the second round, but the issue was still an inability to limit errors. He has made nine bogeys in his first 36 holes, including five in a seven-hole stretch that spanned two days and ended with his bogey this morning on the par-3 fourth.

· After hitting 17 of 18 greens in regulation during the opening round, Tiger found just 8 of 18 in Round 2. Although three of those misses ended with him putting from the edge of the fringe Saturday morning, including at No. 9.

· Woods lamented poor putting during his T-20 finish at the Farmers Insurance Open to start the year, and he continued to struggle on the greens through two rounds at Riviera. But the issue this week is different than the one he encountered in San Diego and involves his issues “seeing the line.” “Can’t get any worse than it was the first day,” he said. “Four three-putts is as bad as a human being can putt.”

· With the other half of the field about to embark on their second round in calm and sunny conditions, Woods believed that his portion of the field was at a disadvantage after playing through wet and blustery conditions Friday night. “That’s just the way the draw goes,” he said. “Sometimes you have early-late or late-early, and one of the two draws is going to be the advantageous side.”

· Should Woods make the 36-hole cut, he’ll likely tee off No. 10 late Saturday afternoon as the leaders begin play on the front side. The field will conclude the third round Sunday morning with hopes of still crowning a champion after 72 holes by Sunday night.