Tiger's U.S. Open win at Torrey is why we hold out hope 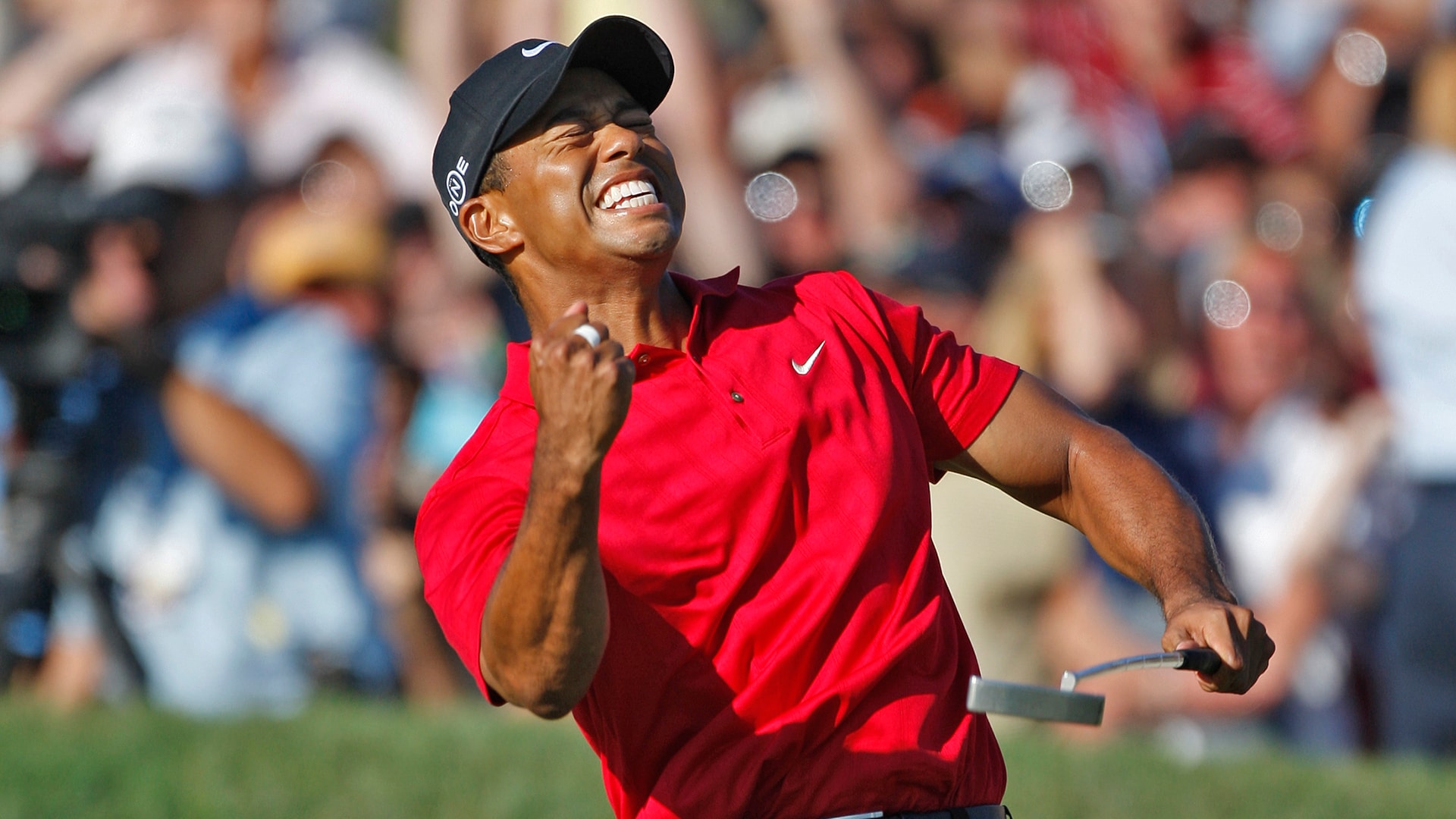 SAN DIEGO – Even after 10 years, the memories flood back with surprising clarity.

It’s been a decade since the roars echoed through the canyons all the way down to Black's Beach, and for many in this week’s field at the Farmers Insurance Open, it probably feels like a lifetime has passed.

But for anyone who was lucky enough to have attended the 2008 U.S. Open at Torrey Pines, the total recall is uncanny.

Even on Wednesday, as Tiger Woods slowly made his way around the North Course – which doubled as a staging area and parking lot for the ’08 Open, albeit a parking lot with idyllic views – one couldn't help but think back to that historic major that no one wanted to end.

For all of Woods’ accomplishments at Torrey Pines, where he’s won the Farmers Insurance Open seven times, it’s the ’08 U.S. Open that defines his legacy; and as he readies for yet another comeback from injury and surgery, it’s why so many fans remain enthusiastically optimistic.

The ’08 Open is where he endured a broken leg and severely damaged ACL to force a playoff against a most endearing antagonist, Rocco Mediate. It's where the duo finished 72 holes tied at 1 under par on a brutally difficult South Course and remained all square after an 18-hole playoff on Monday. And it's where Tiger finally prevailed on the first sudden-death hole for his 14th and (to date) final major championship.

Asked what he remembers from that historic week, Woods on Wednesday offered a somewhat subdued response: “How much it hurt," he said. "Yeah, no ACL and broken leg, it didn't feel very good.”

Those who watched him make the amazing look almost mundane offer a different take.

“I remember seeing him in a practice round and you could see how he was limping,” recalled Brandt Snedeker, who tied for ninth that week. “I was thinking there’s no way he’s going to play with that knee. He’s not going to make it, from what I saw of him, walking around and hitting balls and wincing.”

On Saturday, when Woods charged into contention with a birdie-eagle finish to take the 54-hole lead, Snedeker was just a few groups in front of the then-world No. 1. He was in The Lodge just up the hill when Woods chipped in for birdie at 17. He didn’t see it, he heard it.

“It was one of those things that only Tiger had the ability to do, and I remember thinking it was unbelievable,” Snedeker said. “I remember watching and hearing the roars and seeing the highlights. How did he do that?”

And, of course, there was Woods’ birdie putt on the 72nd hole to force a playoff. It’s become an iconic moment, shown repeatedly in slow motion, as his golf ball tumbled over countless bumps to somehow drop into the hole and spark a vicious double fist pump.

Being the ultimate competitor, Woods’ mind isn’t drawn to such moments. Instead, he recalls the things he could have done better.

“I do remember starting off every day either with a double bogey or bogey on the first hole, so I think I was 7 over par in just my first hole I played in that day,” Woods said with a smile.

It’s not the chip-in late Saturday or the countless recovery shots that saved his title chances from the jaws of defeat that stand out to Woods. His mind doesn’t work that way.

“I made everything that week. I really putted well,” he said. “I hit it okay, but if it wasn't for my putting, I wouldn't have won that Open.”

What Woods did a decade ago at Torrey Pines redefined the game. On one leg, against golf’s deepest field, on what is widely considered the most demanding U.S. Open venue in years, he moved within a Grand Slam of equaling the most unbreakable of records – Jack Nicklaus’ mark of 18 major championships.

It’s not as though Woods has been completely absent since that glorious summer day in ’08. He claimed his second FedExCup in 2009. He won five times on the PGA Tour and took home the Player of the Year Award in 2013.

The current generation of stars remember that U.S. Open only as a footnote in history. The likes of Jordan Spieth, Justin Thomas and Jon Rahm had just reached their teenaged years in ’08. There's already a generational gap. But for those who were there, who watched Woods make the impossible seem insanely probable, that Sunday and Monday featured the kind of moments that define a career, even a career as decorated as Tiger’s.

On Monday morning, as Mediate and Woods set out for the final chapter in an epic text, Snedeker was sleep walking his way through the San Diego airport when he noticed a large crowd gathering around a television.

“Everybody in the airport was in the bar watching the playoff,” Snedeker said. “You don’t realize when you’re in it what a big deal it is when Tiger is in it. But there were people missing their flights watching that playoff. People standing in bars, 10 deep, watching that. It made me realize what an impact he has on golf.”

Being back at Torrey Pines a decade removed from that instant classic also makes one realize why the idea of Tiger 2.0 is so intoxicating.