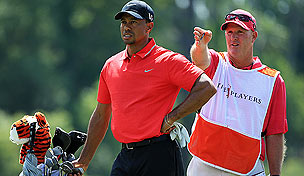 • The victory is the fourth of the 2013 season for Woods, the 12th such year in which he has recorded at least four victories. Both Sam Snead and Jack Nicklaus accomplished four-plus win seasons just nine times each in their respective careers.

• This marks the earliest Woods has ever won four events in a single year. In both 2000 and 2001, he notched his fourth win of the year at the Memorial.

• Woods has now carded 22 of 24 stroke-play rounds on the PGA Tour at par or better. His lone over par rounds thus far this season came in the fourth round of the Honda Classic and second round at the Masters.

• Woods remains first in the 2013 FedEx Cup points standings and increases his lead in the Official World Golf Rankings over world No. 2 Rory McIlroy to more than three points.

• Woods has won seven of his last 22 starts on the PGA Tour, which is a 31.8 percent conversion rate. His career winning percentage is 27 percent (78 wins out of 286 starts).

• Woods becomes the sixth individual with multiple Players victories, and just the fifth to win more than once at the Stadium Course. He also captured the 1994 U.S. Amateur at TPC Sawgrass.

• The victory is his 16th in the state of Florida, the most of any state. He has also won 14 times in California.